Newsletter
Sign Up today for our FREE Newsletter and get the latest articles and news delivered right to your inbox.
Home » Harley Davidson Kid Bike – Like Dad’s Harley 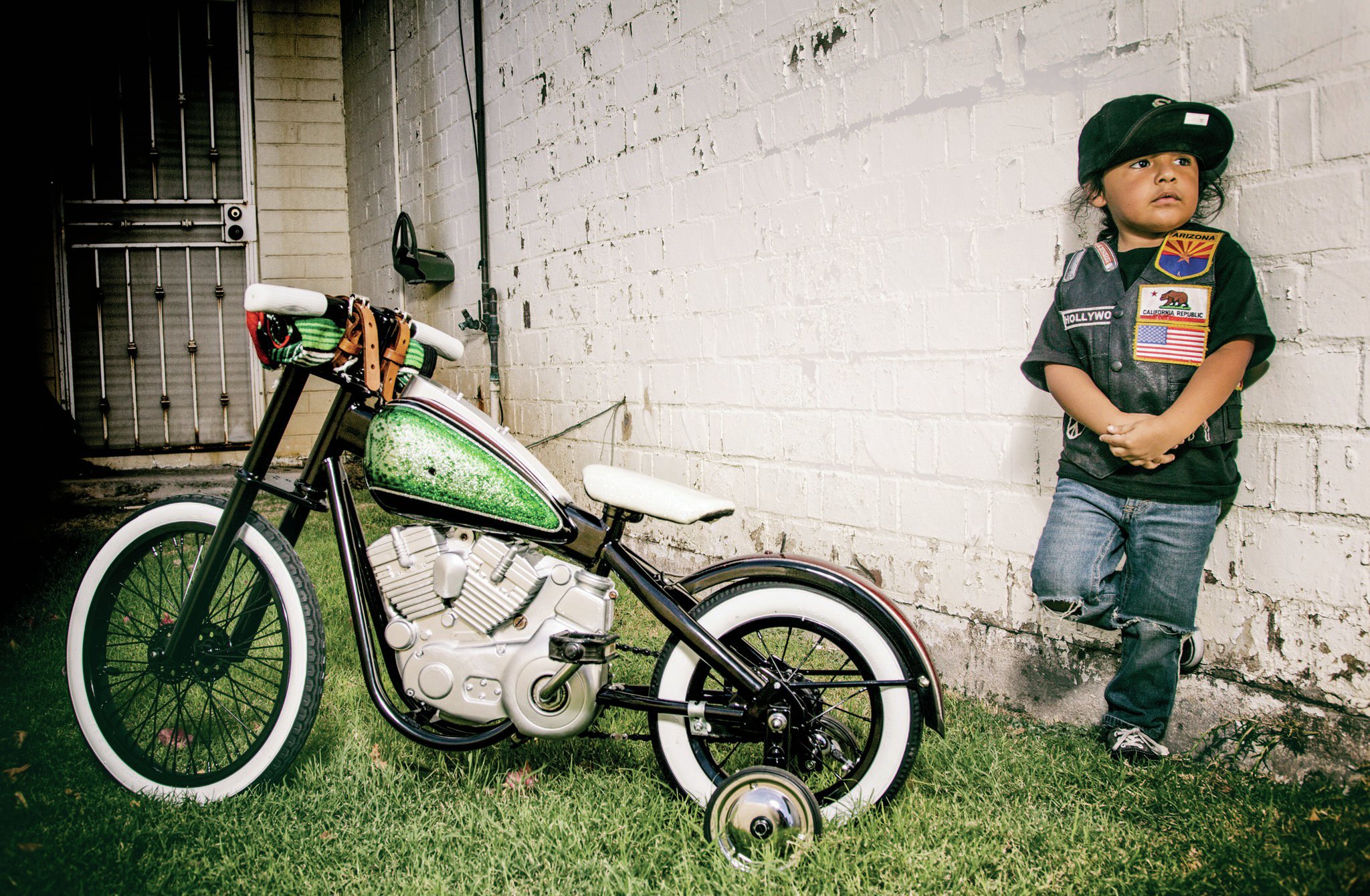 With a name like Hollywood you know this kid’s parents are probably the coolest on the block, and that of course means that Hollywood’s toys as pretty cool as well. So it was just a matter of time before they built Hollywood a lowrider bike that looked just like daddy’s Harley-Davidson.

Soon after Hollywood’s mom and dad bought a Harley-Davidson (kid model of course) they sent it to family friend Julio Rivera who would apply the bike’s custom unique blend of candy apple red, organic green, and midnight black color combinations along with the acid drop and Mexican serape patterns. Albert of SX70’s created the custom hand-tooled seat. After a couple of weekends in the garage helping dad finish a few more of the bike’s custom modifications like painting my wire wheel spokes and cleaning my whitewalls, Hollywood was finally ready to cruise bike up and down the block and of course show it off at all the local car shows.

Upholstery: Albert as SX70’s did the tooled leather seat