Newsletter
Sign Up today for our FREE Newsletter and get the latest articles and news delivered right to your inbox.
Home » 2010 Harley-Davidson Road King – La Pachuca 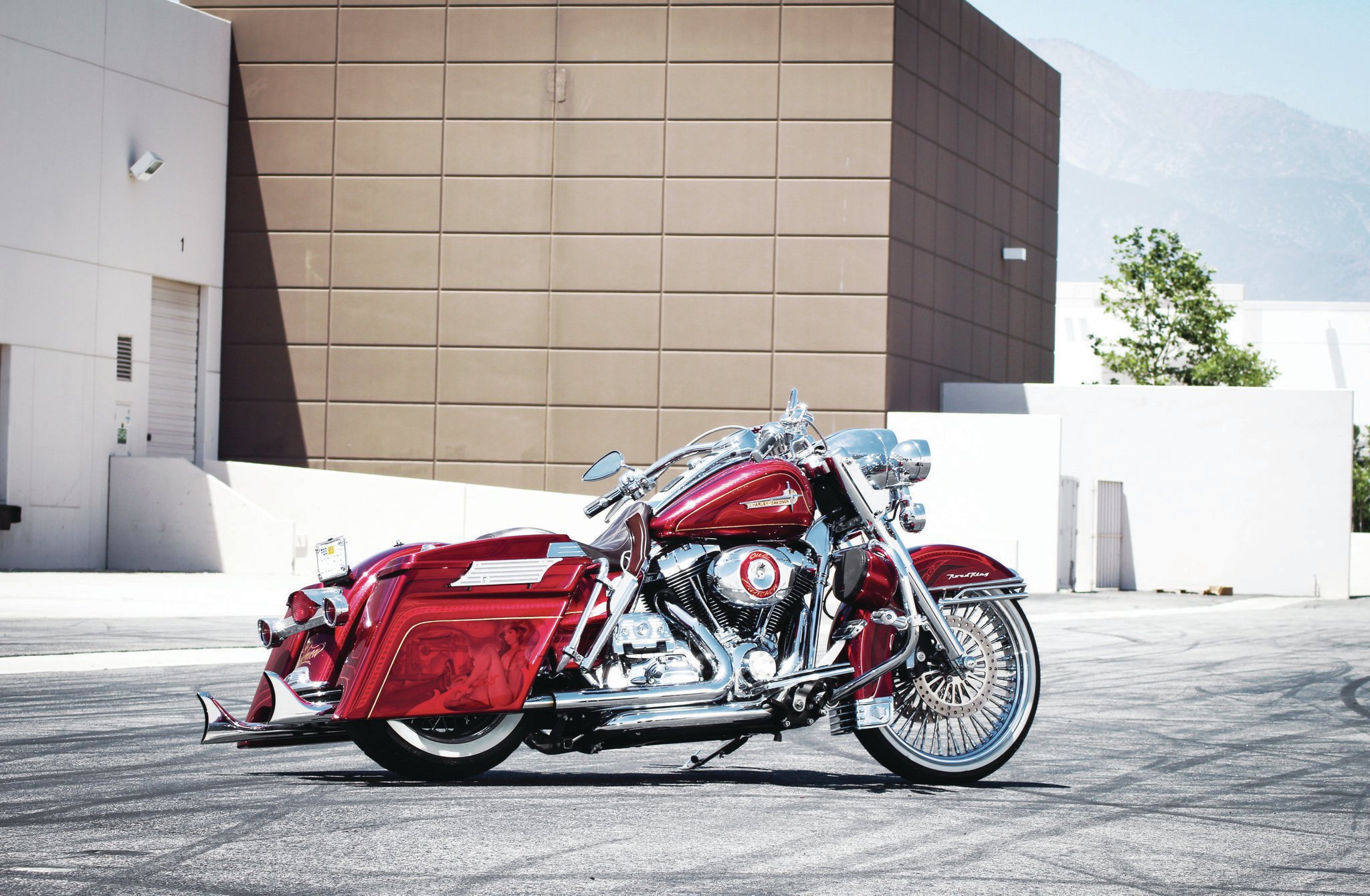 Joseph Muro, Jr., known simply as Joe to his buddies, was around the deep-rooted pachuco lifestyle his whole life. It was no wonder where that familiarity came from when you learn he grew up in the historic East Los Angeles area of Southern California.

Similarly, Joe always had a love for lowrider cars, but it wasn’t until recent years when he discovered that bikes were his new passion. In 2010, Joe had attended his first bike show and it was there that he set his sights on having a two-wheeler of his own.

After acquiring a Harley-Davidson Road King, Joe began riding around and eventually ran into Albert Acosta, another bike rider. They began talking about bikes and the two of them ultimately became good friends. Joe and Albert would meet up occasionally and would ride with other bike enthusiasts.

It didn’t take long for the customizations to start showing up on Joe’s bike. A little chrome here and an accessory there, and it soon became a never-ending mission! Albert and Joe brainstormed on how to really take this bike to the next level. With lowriding styles still in his mind, Joe added his personal flavors along with ideas from Albert’s bike-building experience. The end result is what’s pictured here today, featuring a candy red paintjob, airbrushed murals, and a slick low stance.

Joe sends big thanks to his wife and family, Albert and the guys from Hurley Hogs Bike Club, and the staff over at Maxima Imagen and Fineline Cycles. Joe says if it wasn’t for the help and support from these dear people, “La Pachuca” wouldn’t have been built.

Body/Paint: Edgar over at Maxima Imagen in Irwindale, California, painted the bike with an eye-catching candy red finish and then added airbrushed murals depicting an old-school look with pachuca girls and lowrider styles

Suspension: Fineline Cycles of Baldwin Park, California installed an air-ride system allowing the bike to raise and lower down at the flick of a switch