Newsletter
Sign Up today for our FREE Newsletter and get the latest articles and news delivered right to your inbox.
Home » 2006 Dodge Charger – Hypnotik 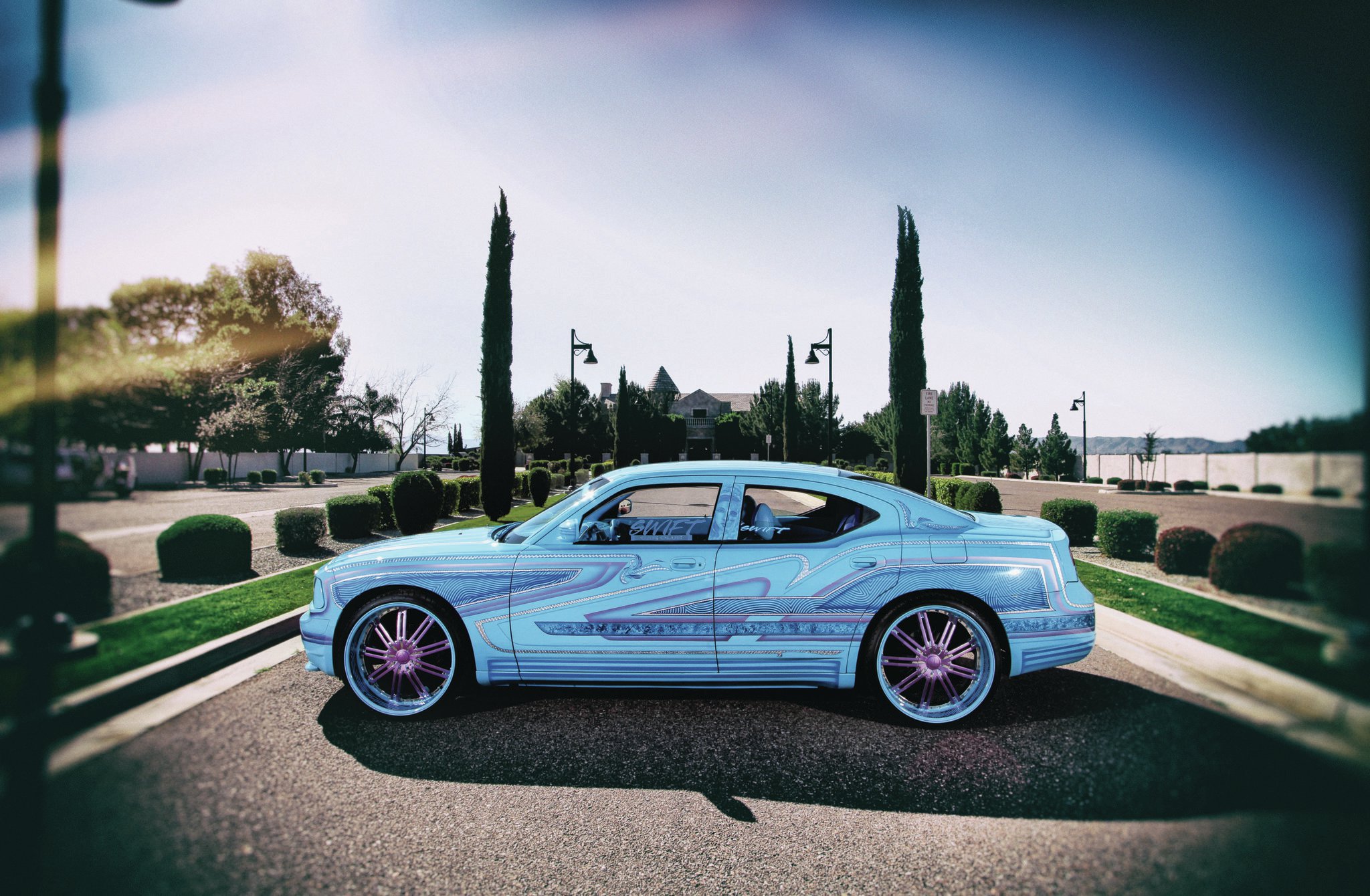 Chavo Rubio of Phoenix, Arizona, purchased a Dodge Charger about three years ago from a friend because the asking price was too good to pass up. Chavo admits he didn’t need another car, but he figured a secondary car could always come in handy if the primary car had any mechanical issues. Chavo did not have any intention of fixing up this Charger. That may be easy to say for most people, but when you possess the unique artistic talents of laying down beautiful eye-catching pinstripes, patterns, leafing. and airbrushing on cars as a full-time job, it’s kind of hard not to add some touches to your own personal rides!

Chavo says it officially started when he had the chance to do some work on a customized Charger of a good friend, Mr. Abel Verdugo. Abel had left his Charger at Chavo’s house and when Chavo went to park the car around the back, he had an overwhelming feeling of awesomeness, driving a car all done up! It was then that Chavo decided it was time to start some serious work on his own Charger.

Before the customizations could even be completed, Chavo had already caught the attention of his friends from Swift Car Club. They officially invited him to become a full-fledged member of the club. Chavo ultimately joined the club and finished his ride (for now). He gives big thanks to his wife, Michelle, and their kids, Chris, Dillon, Deseree, and Daniel for all their support. He also thanks Triple J Custom Paint in Phoenix and Abel, Rick, John, and the rest of the members in the Arizona Chapter of Swift Car Club.

Body/Paint: Triple J of Phoenix handled all bodywork before laying down a light blue finish. Chavo added his intricate work of patterns, leafing, and pinstriping.

Interior: Felipe of Phoenix used a leather and tweed mix of material in colors that matched the vehicle’s exterior