Newsletter
Sign Up today for our FREE Newsletter and get the latest articles and news delivered right to your inbox.
Home » 1964 Chevrolet Impala – Happy Homecoming 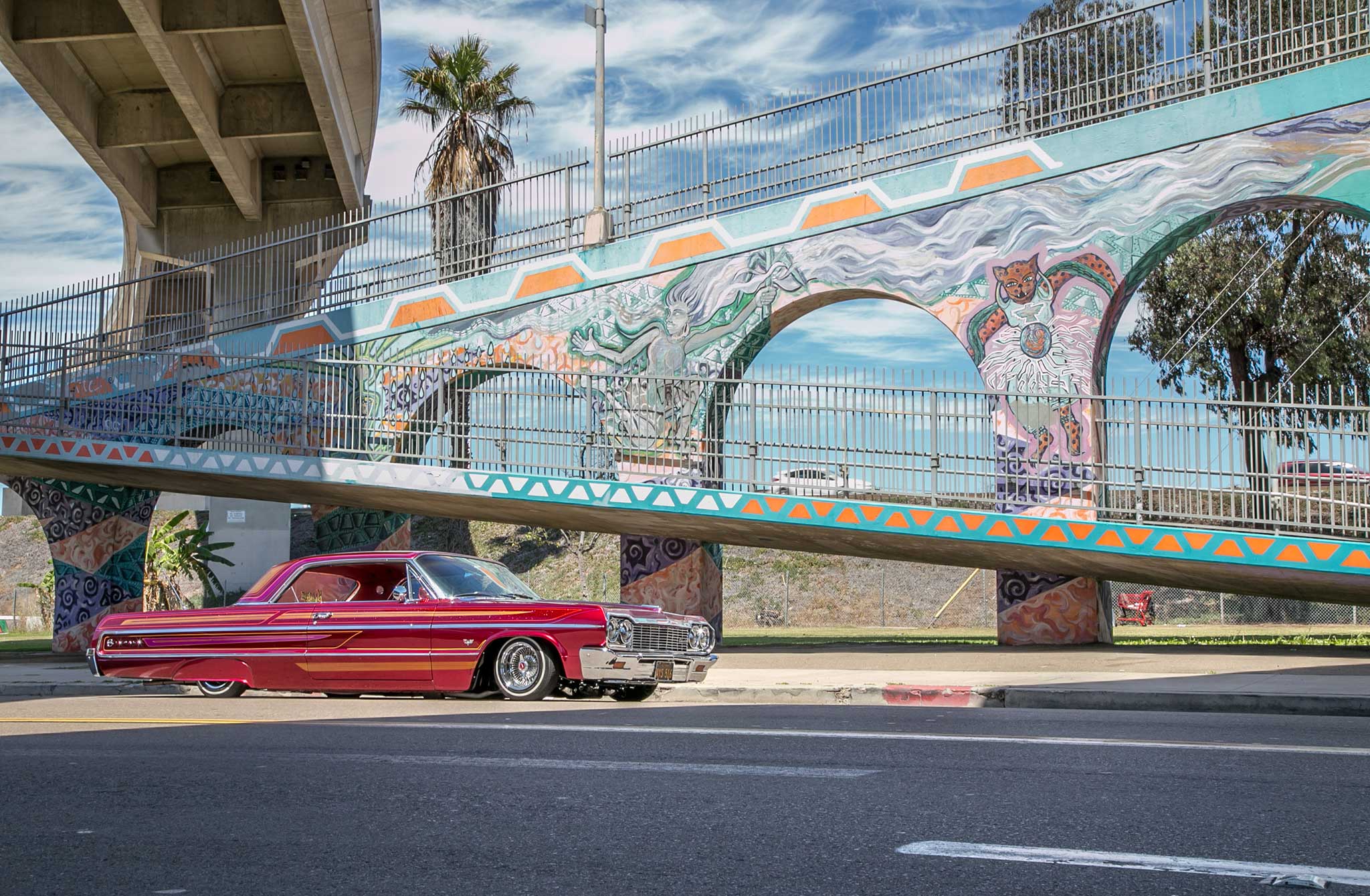 Serving our military takes a very special individual. With long extended deployments overseas it can hinder any lowrider project. Fortunately for Miguel Alatorre he finds himself surrounded by friends and family who understand the sacrifice he has made for our country. As luck would have it, Miguel found himself once again deployed and heading thousands of miles away from his family and a recently purchased 1964 Chevy Impala project. However, before leaving he met with Robert Cisneros and Sergio Perez to discuss what his vision would be for his latest project. So with instructions in hand, the two began turning Miguel’s vision into reality.

With consistent updates throughout the build, it began with Robert and Sergio laying down the car’s custom paint scheme, which included numerous gallons on magenta, red, and purple candies along with gold and burgundy pearl combinations finished with various flake, pinstriping, and shade accents. Miguel Aguirre would create the lavish interior offering multiple shades of red vinyl and houndstooth fabric inserts along with a Dakota Digital dash and custom color bar. It was then off to Hoppos Hydraulics to install the two-pump chrome whammy tank setup complete with four dumps and six switches. With only a few items on the list left to complete, such as an Alpine stereo audio system, and mounting and balancing the chrome 13-inch Zenith wire wheels, this Kliquer build was finally finished and delivered to Miguel’s wife just in time for his return from Iraq.

“Without the support of my family, friends, and Klique car club brothers this build would not have been possible,” says Miguel. Special thanks goes out to his wife Bonnie Alatorre, his kids Joshua, Crystal, and Jacob, but more importantly Robert Cisneros, Sergio Perez and Miguel Aguirre who gave the ride that Kliquer’s touch.