Newsletter
Sign Up today for our FREE Newsletter and get the latest articles and news delivered right to your inbox.
Home » Friday Night Fights: Bel Air Battle 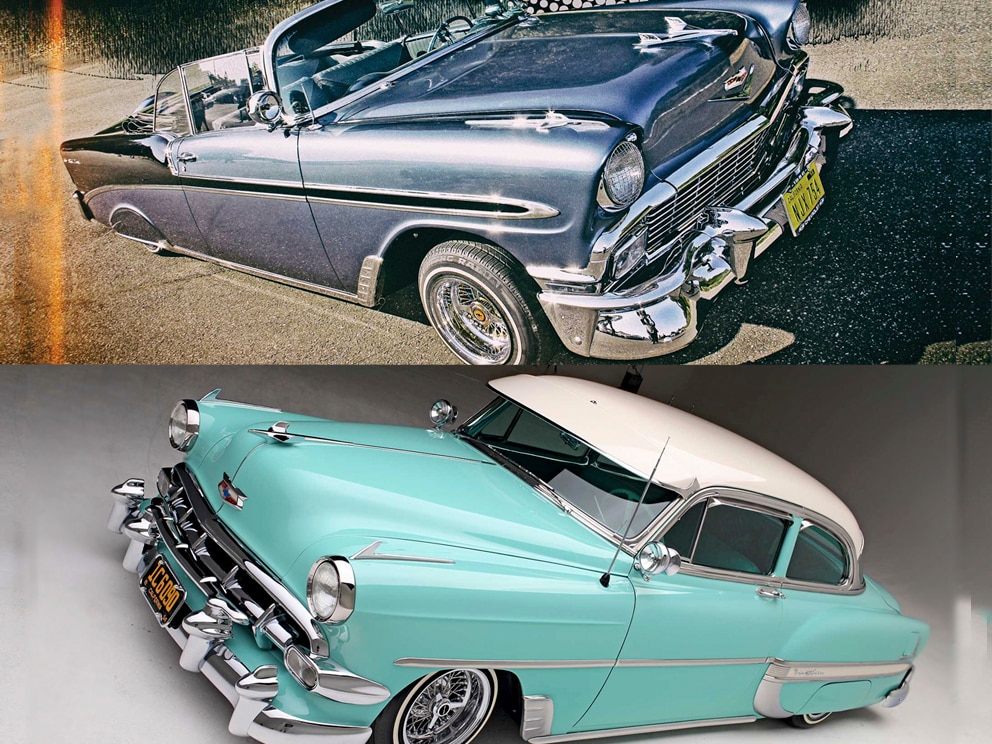 In this edition of Friday Night Fights we’re doing a battle of the Bel Airs as we take Sammy Lopez’s ’54 Bel Air, Baby Blue Eyes and put it up against Noriyuki Nakoshi’s ’56 Bel Air convertible, Platinum VI

To see more of Baby Blue Eyes check out the full feature on it here.

Our second competitor, Platinum IV is a ’56 Bel Air Convertible hailing all the way from Ibaraki, Japan. Owned by Noriyuki Nakoshi of Whuts Goin On CC, Platinum IV is powered by a 350 with Quick Fuel Technology rag race carburetor underneath the hood and is equipped with a two chrome OG Stillman pump setup. Platinum IV is also sporting a two-tone gun blue and black paintjob by New Jacks with a trunk mural by Fonzy, and gold Zeniths.

To see more of Platinum IV, check out the full feature on it here.

Which one of these 2 Bel Airs is better? Like before we’re leaving it up to you, our readers to decide. Tell us below in the comment section or on the Lowrider Facebook page which is the better Bel Air.