Newsletter
Sign Up today for our FREE Newsletter and get the latest articles and news delivered right to your inbox.
Home » 2001 Cadillac Deville – Nokturnal Activities 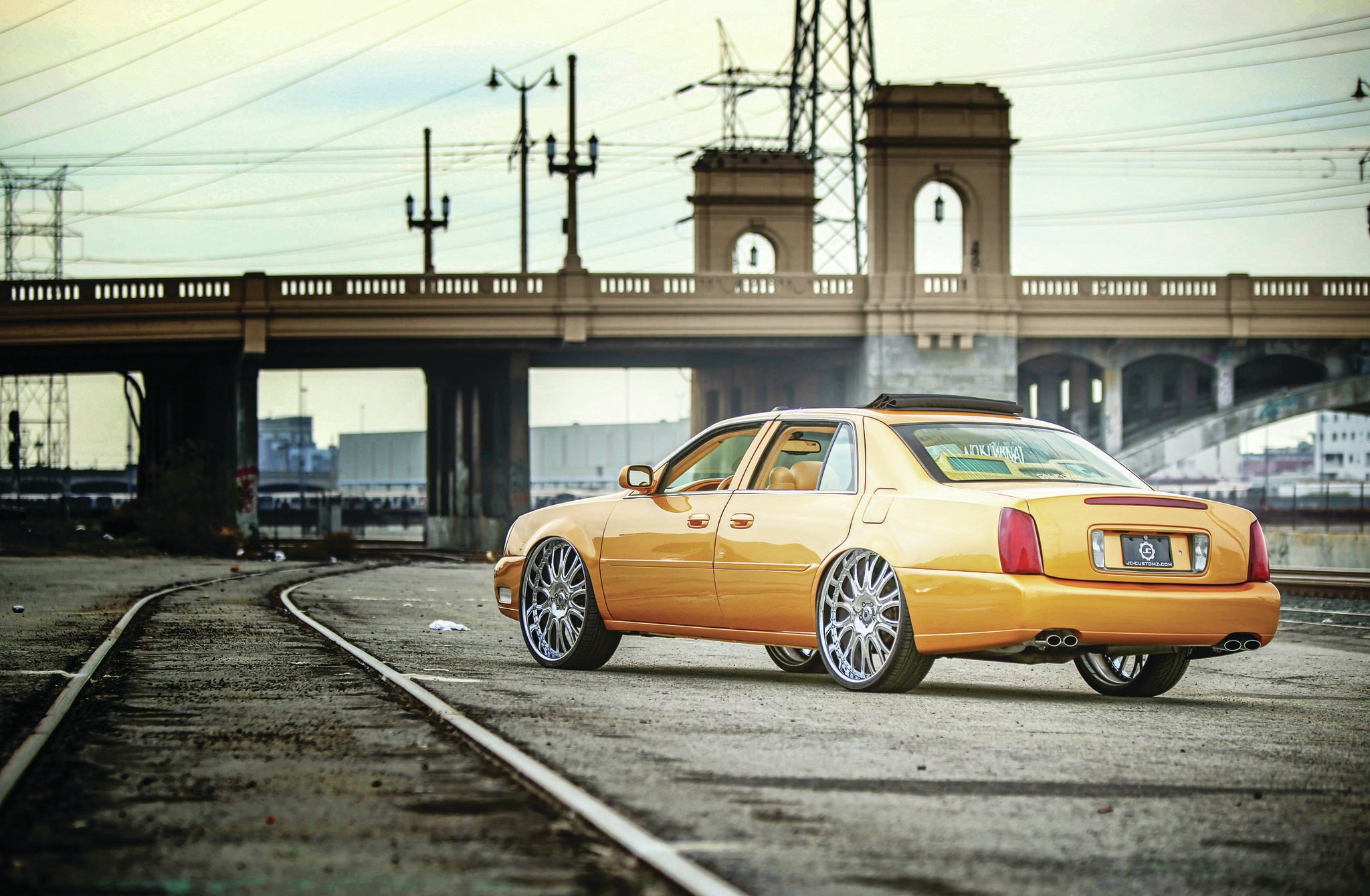 “A tradition of luxury and excellence.” That is exactly what rang in the mind of Francisco Gutierrez as he drove past a local Cadillac dealership and instantly knew what he wanted for his next project. Shortly after driving a 2001 Cadillac Deville off the lot, he installed a set of custom wheels and upgraded his audio system. But after several car shows and no trophies, he knew it was time to get serious.

The lowrider culture has and will continue to impact all aspects of car building. As was the case for Francisco, who while attending the Lowrider Super Show witnessed firsthand, the body modifications, lavish interiors, and custom candy paintjobs inherent to the culture. Fort Nok’s, as it would eventually be known, began its transformation with an upgrade to 26-inch chrome Asanti wheels, custom built for this project. Audio Factory, in La Puente, would fiberglass the door panels, trunk lid, rear deck, built-in dashboard TV, and sliding ragtop… just to name a few on this Caddy’s lengthy list of modifications.

From there, Arnold Velazquez, of A3 Fabrication, gave the car suicide doors, installed the custom air-ride suspension and flared out the fenderwells in order to lay the Caddy as low as possible. While Joe Camacho, of California Upholstery, was busy stitching the caramel brown leather interior, Chris at JC Customz was prepping the body for paint. Still undecided on a color, Francisco recalled the previously featured “El Tequilero” (a ’48 Chevy Fleetline he had seen at the Lowrider Super Show). After respectfully asking the owner permission to use his color, Chris immediately began to lay down coat after coat of the custom-blended House of Kolor Gold Kandy Pearl. With his Nokturnal plaque in place, it was time to hit the car show circuit where first place trophies have now become commonplace.