Newsletter
Sign Up today for our FREE Newsletter and get the latest articles and news delivered right to your inbox.
Home » 1978 Schwinn Bicycle – Green with Envy 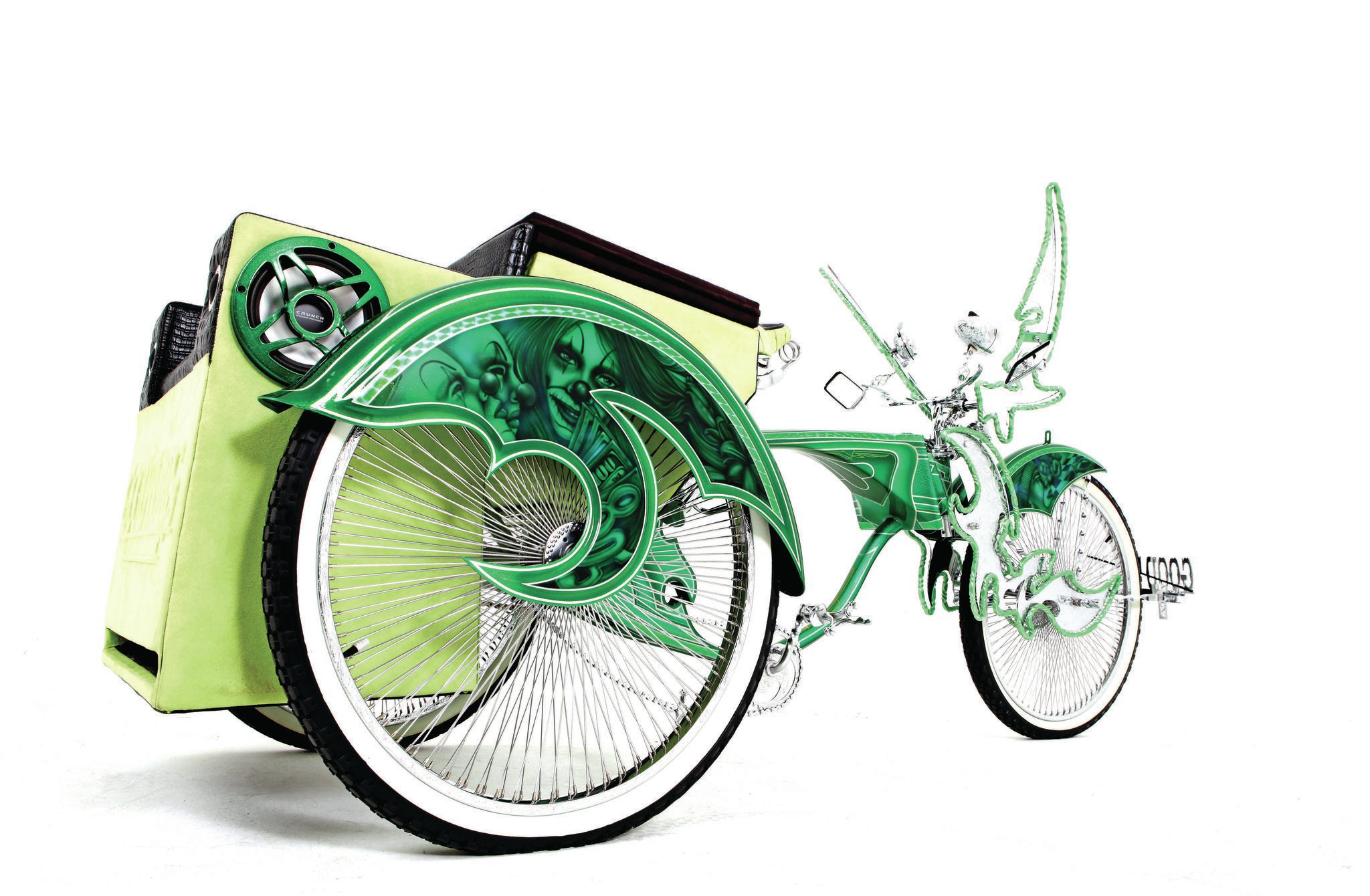 David already had a few bike builds under his belt, but for his first show bike he wanted to go all out and build something that he would be proud to show off at any show whether it was a small local event or a big show like Fresno or New Mexico. Like many builds, this build would eventually become a challenge for David. He noticed that many bike builders would outsource some of their work to shops that weren’t nearby. David wanted to make sure that his build was entirely done locally so he challenged himself to build an awesome bike with local shops and not ask for help from anybody too far away.

David built most of the body mods including the pedals and box himself. If any part of this bike looks like it belongs on the front gate of a mansion then you could attribute that to the fact that David works as a driver for Fence Factory up in Ventura, California. After finishing up the details on his bike, David handed it off to Curly’s in Paramount who finished up the bodywork and painted it candy green before giving it the pinstriping treatment. After Curly’s was done with the body it was then sent over to Wiro who painted the clown murals.

Nowadays “Green with Envy” is a beautiful bike that was built entirely with help from local shops and gone on to win multiple awards, including two Best in Show awards at the Arizona show, two Second Place Best of Show awards, and two Third Place best of show awards at the Las Vegas show.

After shooting his bicycle David told us that he would be planning on retiring Green with Envy soon. However, just because the bicycle is retiring soon doesn’t mean that David will be doing the same. David told us that he plans on building another bike that will be even wilder and crazier than any other one he’s done before.

Body/Paint: Candy Green paint and pinstriping by Curly’s. Clown murals by Wiro. Chrome plating and powdercoating by Alan Fredricksen at the Polishing Shop.