Newsletter
Sign Up today for our FREE Newsletter and get the latest articles and news delivered right to your inbox.
Home » 1963 Chevrolet Impala – Deal ’em Up 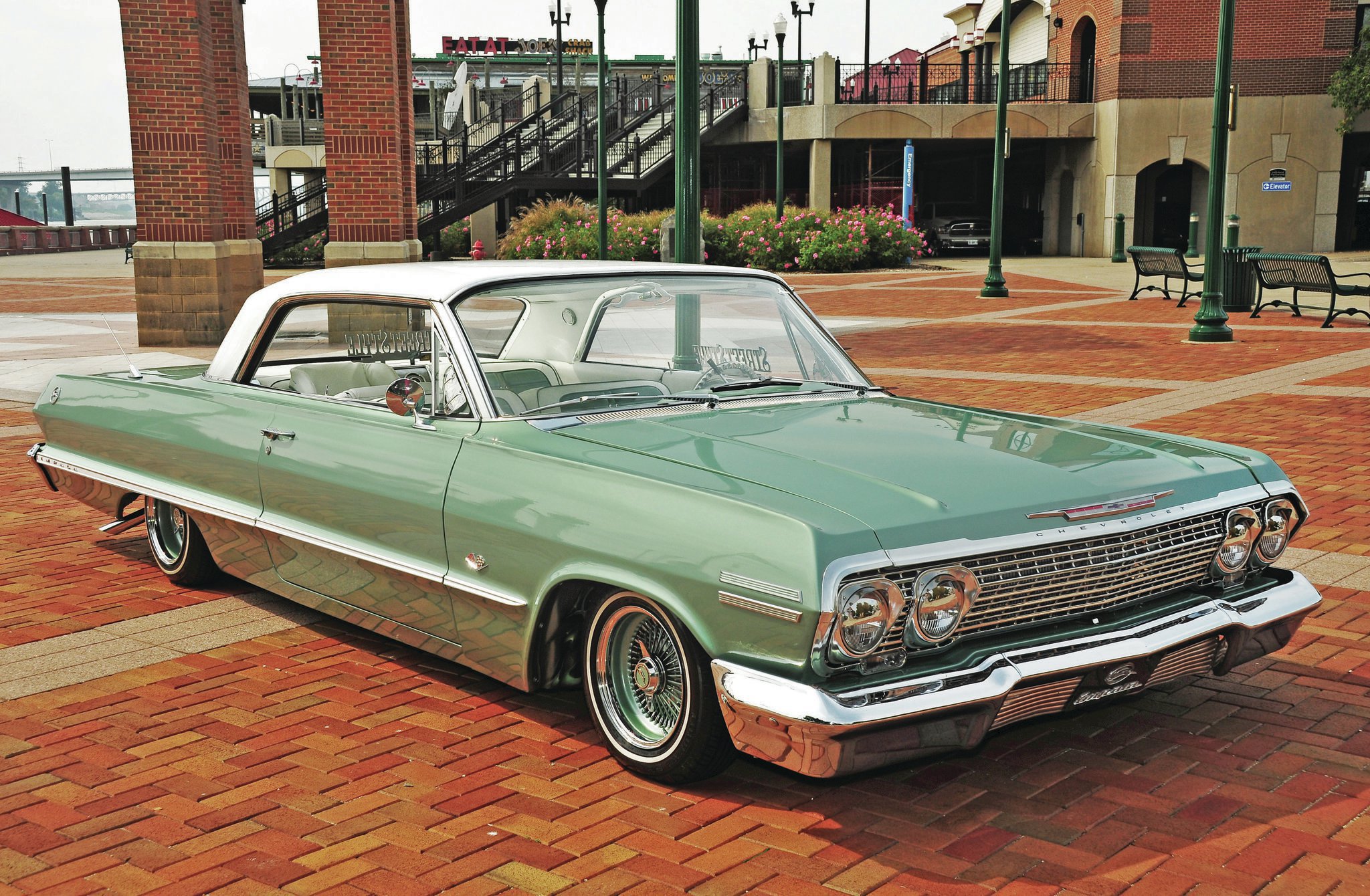 For most people that enter the casino door, they risk losing it all. For 40-year-old Maurice Rutherford of Mapleton, Illinois, he already has everything he needs: a good home, a beautiful wife, three loving children, and one of Illinois’ finest Chevy Impalas. He caught the bug fairly early by lining his bedroom floor with Hot Wheels enacting car shows. The passion remained in Maurice until he found a 1963 Chevy Impala that took him a lot of persistence and patience to coax the owner to sell.

With help from his Street Style club members, slow and steadily the Chevy began the process of its show-winning ways. Maurice decided to start out with a bang, bringing the Chevy to Shane Souba of S&S Customs for a complete color change. The next step was matching the large cabin so the Impala was brought to Jerry Kensinger from A1 Auto Upholstery where the transformation took place. In order for the Impala to keep up on the streets it needed some horsepower, so Maurice found a Camaro 350, loaded it in, and had everything chrome plated.

Maurice started with a small job selling change at a casino and up to running a dice and blackjack pit at the largest casino in Peoria, Illinois. With his proud family standing beside him, Maurice has overcome every obstacle put in front of him. He gives a special thanks to his car club Street Style, T, Dre, Mo, BC, and Lil B. Maurice’s creativity has set him apart in the lowrider community so much so that his youngest son has already claimed the Chevy. “He loves the Impala so much I had to build him a custom car seat,” Maurice tells us, “It’s given me some real quality bonding time with all my children.” Deal M Up was certainly no roll of the dice.