Newsletter
Sign Up today for our FREE Newsletter and get the latest articles and news delivered right to your inbox.
Home » 1954 Chevrolet Bel Air – An Air of Sophistication 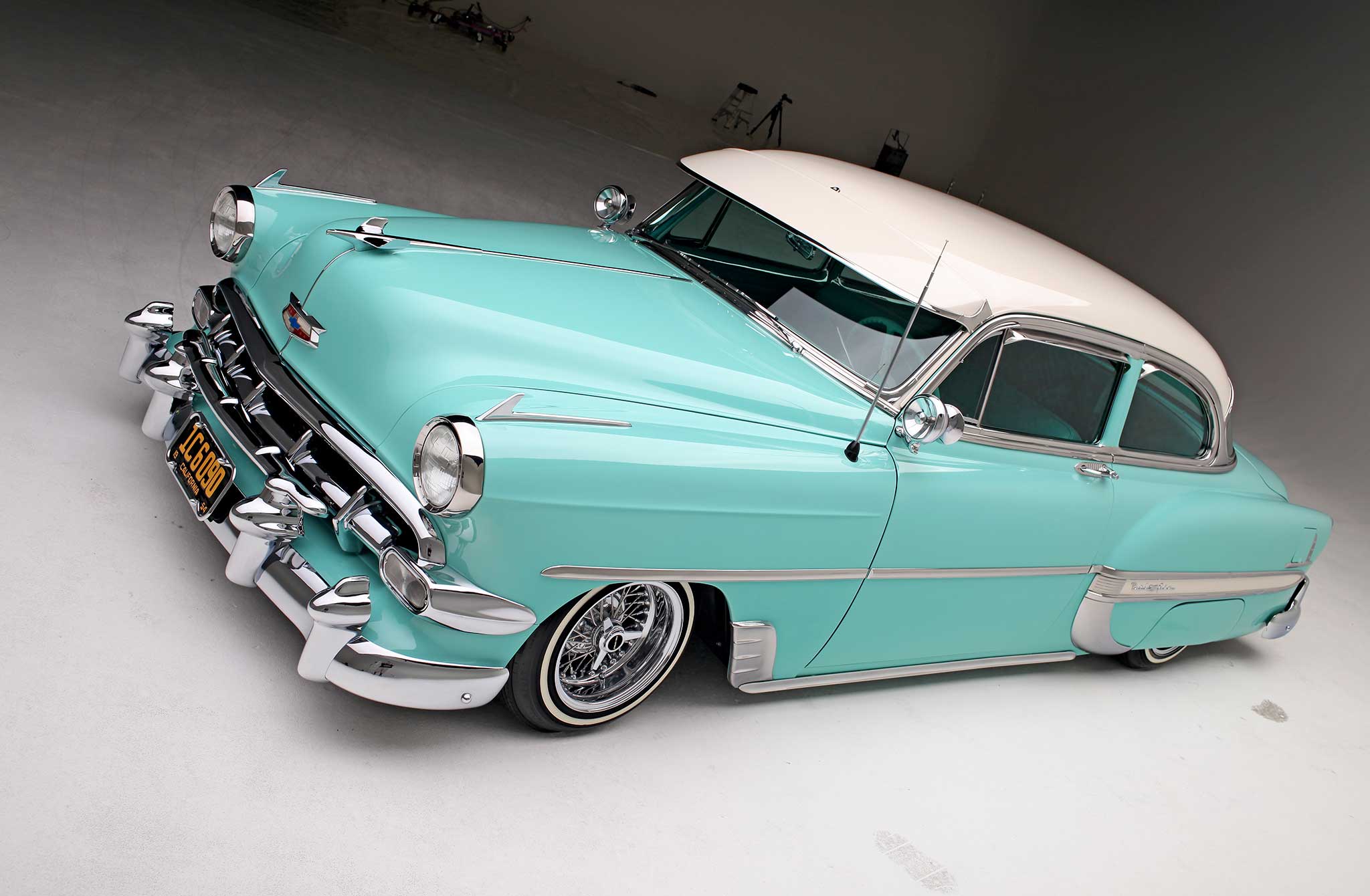 Sometimes postmen can bring more than just the mail. In Sammy Lopez’s case, that’s just what happened. While talking to a friend who was a mailman about wanting to build a bomb, his friend just so happened to have a ’54 Chevy Bel Air post in his garage that’d been sitting there for 10 years. When Sammy asked if he could take a look at it, upon initial inspection Sammy saw that it was pretty clean already. Everything was there and rust was minimal since it’d been garaged for so long. After taking it off his friend’s hands, Sammy set out to make this ’54 even cleaner than it already was.

Aesthetically, there’s not a whole lot that deviates from the Bel Air’s original appearance, but that’s how Sammy wanted it. The suspension was completely rebuilt and given a Kool Aid hydraulic setup that sports front and rear dumps with a built-in equalizer, two pumps, and three batteries. Switches are discretely routed into the factory radio buttons. Richard Rodriguez of Westminster, California, juiced up the ride that now sits on restored 14×7 Truespokes and Premium Sportway 5.20s. The rearend was narrowed just under 3 inches to accommodate the wheels and skirts.

For the interior, NOS fabric was sourced along with the remaining materials from Hampton Coach and all stitched up by Blind Mike Perez in Whittier, California. An Alpine Stereo and Kenwood amp is about the only thing that isn’t original. Factory accessories sourced from eBay and various swap meets include vent shades, rocker moldings, gravel guards, rear bumper guards, spotlights, sunvisor, and a horn ring. Henry Acencio from Stanton, California, did the installation and also color sanded and buffed the car.

For color, Sammy opted not to go with the original Pueblo Tan, and went with a custom aqua blend done by Eloy Soltero in Wilmington, California. The color inspired the name the car has now — Baby Blue Eyes. The immaculate finish brings tears to our eyes.

This car is definitely an exercise in the “k.i.s.s. principle” — keep it simple, stupid. Thanks goes to Joe Guerra, Tutu in La Puente, “Mr. Imperial Materials” Jesse Valadez, and special thanks to Sammy’s longtime partner Emma. Sometimes it pays not to overthink your ride. Less is definitely more with this one.