Newsletter
Sign Up today for our FREE Newsletter and get the latest articles and news delivered right to your inbox.
Home » 1946 Chevrolet Fleetline – Let the Good Times Roll 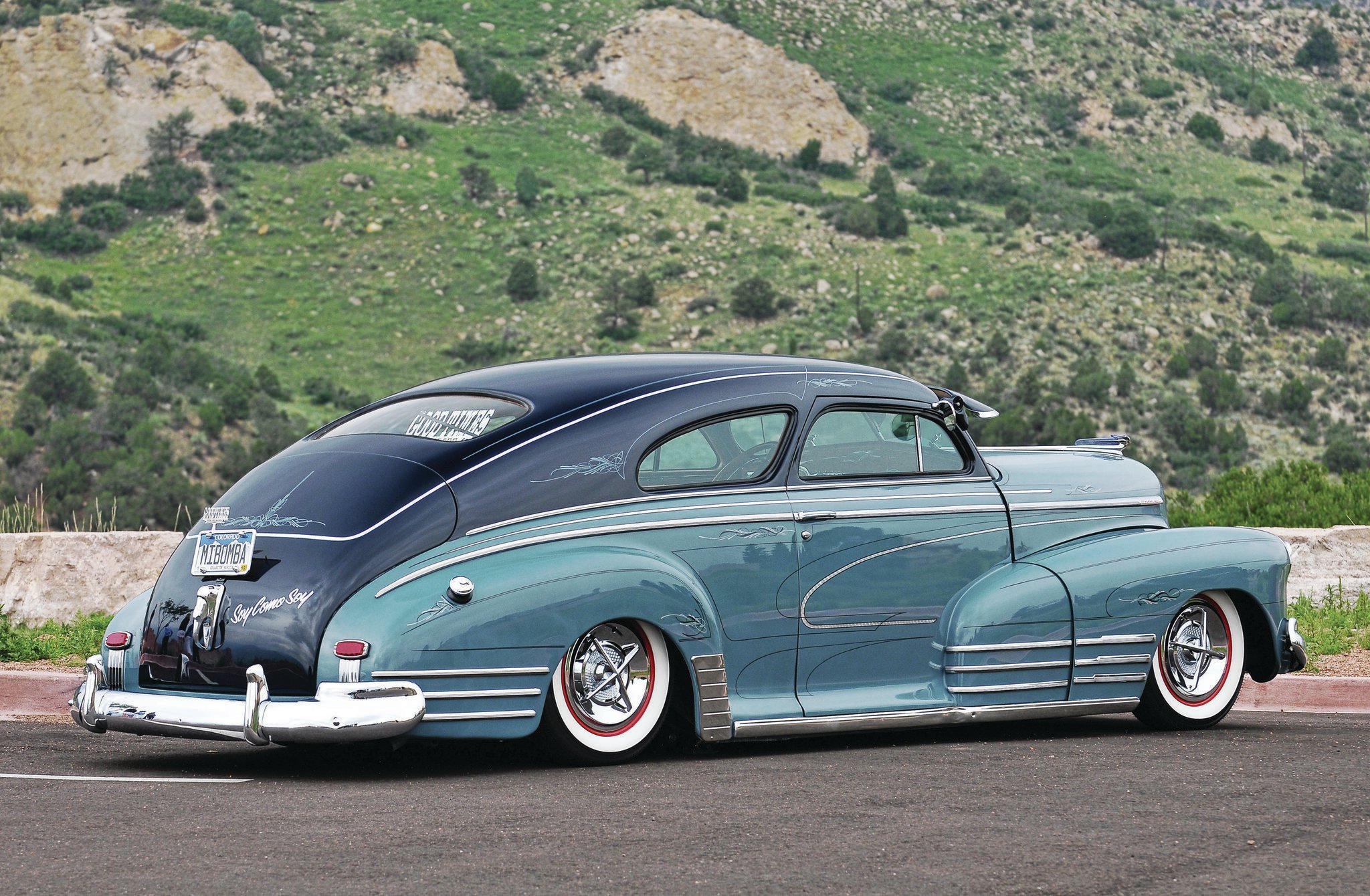 For some kids the lowrider culture is a hobby, but for 42-year-old Evander Martinez of Colorado Springs, Colorado, it’s a way of life. It started at an early age of 5 years old. His parents bought him a pedal car and a curious Evander started taking the car apart. The seat and forks were flipped and a lowered pedal car was created. That passion stayed with him as he moved to bicycles and even more intricate parts were built to add adjustable suspension. Evander was more than ready to springboard into vehicles.

One of Evander’s biggest dreams was to own a bomb, and throughout the years he had been very vocal about that dream. When a friend saw that there was a 1946 Chevrolet Fleetline located about an hour from Evander, for sale and desperately in need of some love, he informed Evander who made the trip to take a look. It was in poor shape and wouldn’t even start, but Evander knew exactly what the potential of his dream could be and quickly purchased it.

In order to get the new bomb on the road again, a 327 was purchased and dropped in to give it some power. The entire fuel system and exhaust had to be created to make sure the Chevy was in proper running condition. Because the bomb was chopped 4 inches from stock, Evander had to custom make all the windows for the Fleetline. The next step was making the interior something he could be proud of. Evander used Mayo’s Upholstery for an entire cabin overhaul. To bring the Fleetline lower to the ground, Evander’s friend Zach Cline installed a custom air-ride setup. Larry Beasley Restorations was trusted to handle the exterior paint on the Chevy.

Evander wishes to thank God for giving him life and the strength to be able to achieve his dream. He also wishes to thank his beautiful wife Snowdrop for putting up with his car addiction and spending habit. His Good Times brothers have been by his side through the entire build, and he appreciates every bit of help he received. Evander’s grandma would always tell him not to give up on his dream of owning and building a bomb. Although she is no longer with him, he wants to give her a special thanks for believing in him and always being with him making sure Soy Como Soy was a success.