Newsletter
Sign Up today for our FREE Newsletter and get the latest articles and news delivered right to your inbox.
Home » 2001 Chevrolet Silverado – La Famosa 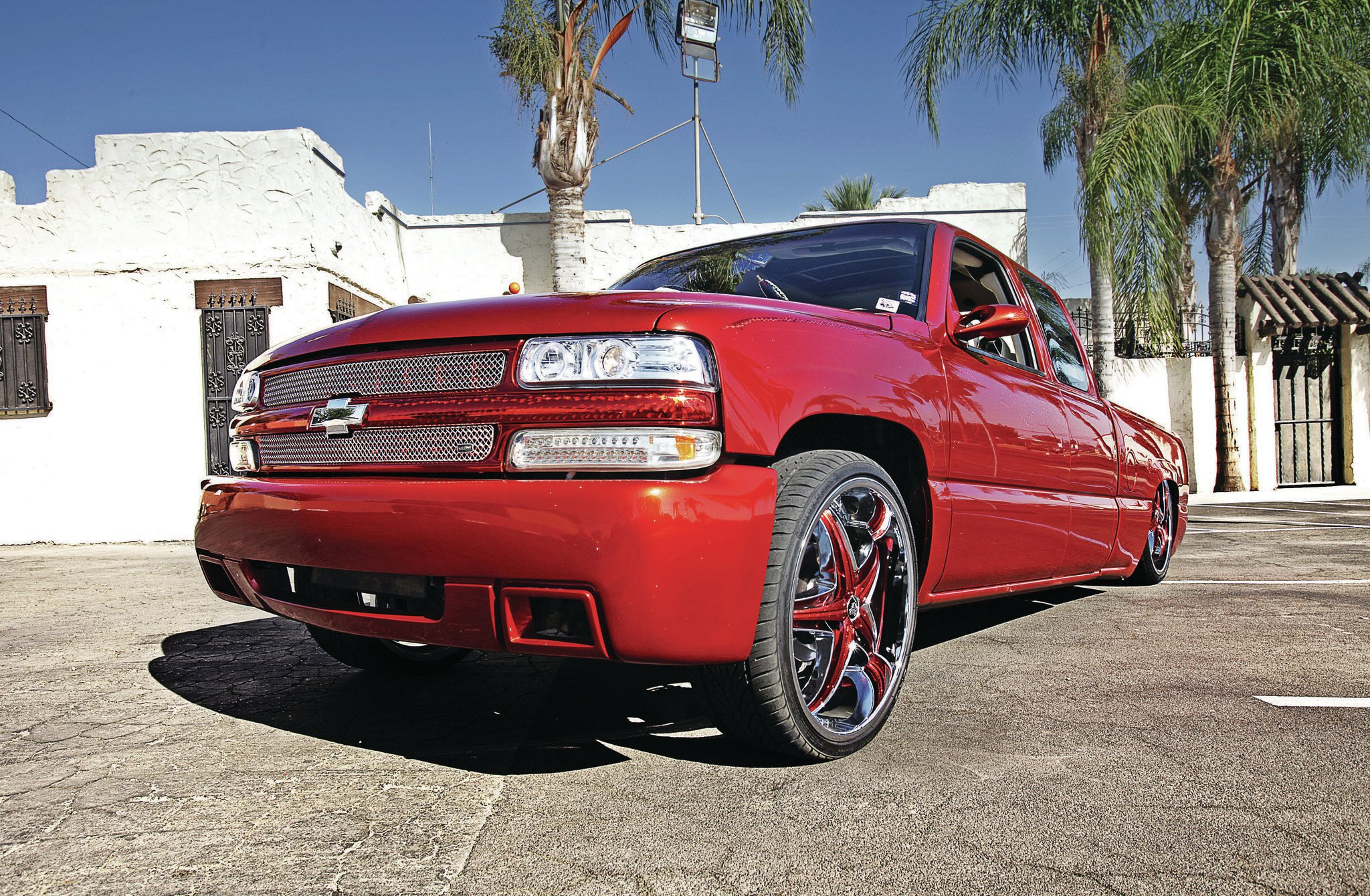 There is a strong bond between a man and his truck; a sense of pride whether driving it to work or to a show. When Vincent Nunez decided to purchase a new truck for work he took a trip to Michaels Chevrolet in Fresno, California, and bought himself a 2001 Chevy Silverado. At Lusk Pistachios it was used around the farm to haul trailers, and transport hay. After finding out his childhood friend was opening up a body shop in 2010 Vincent decided to make it a show truck.

Roman Felix at Premiere Auto Body shaved and molded the truck before spraying it a candy tangerine. Chava Garcia put down some silver leafing that was also covered in candy. Sid’s upholstery covered the seats in vinyl and ostrich skin, while Gabino Saucedo at Santos Stereo and Hydros installed a stereo system making sure the truck could be heard coming from blocks away.

Vincent wanted the truck to lay on the frame so he took it to Brett Grant at Ruts R Us to install an airbag setup. He then put 24-inch Diablo Reflection wheels with matching paint on the rims. New Image Chrome in Fresno was in charge of making the chrome shine. The truck has attended many shows and has won many awards. Vincent is a member of Brown Society and would like to thank his wife Sonia, son Luis, brother Victor Nunez, and everyone who made his vision possible.