Newsletter
Sign Up today for our FREE Newsletter and get the latest articles and news delivered right to your inbox.
Home » 1979 Lincoln Mark V – The Mark V Mistress 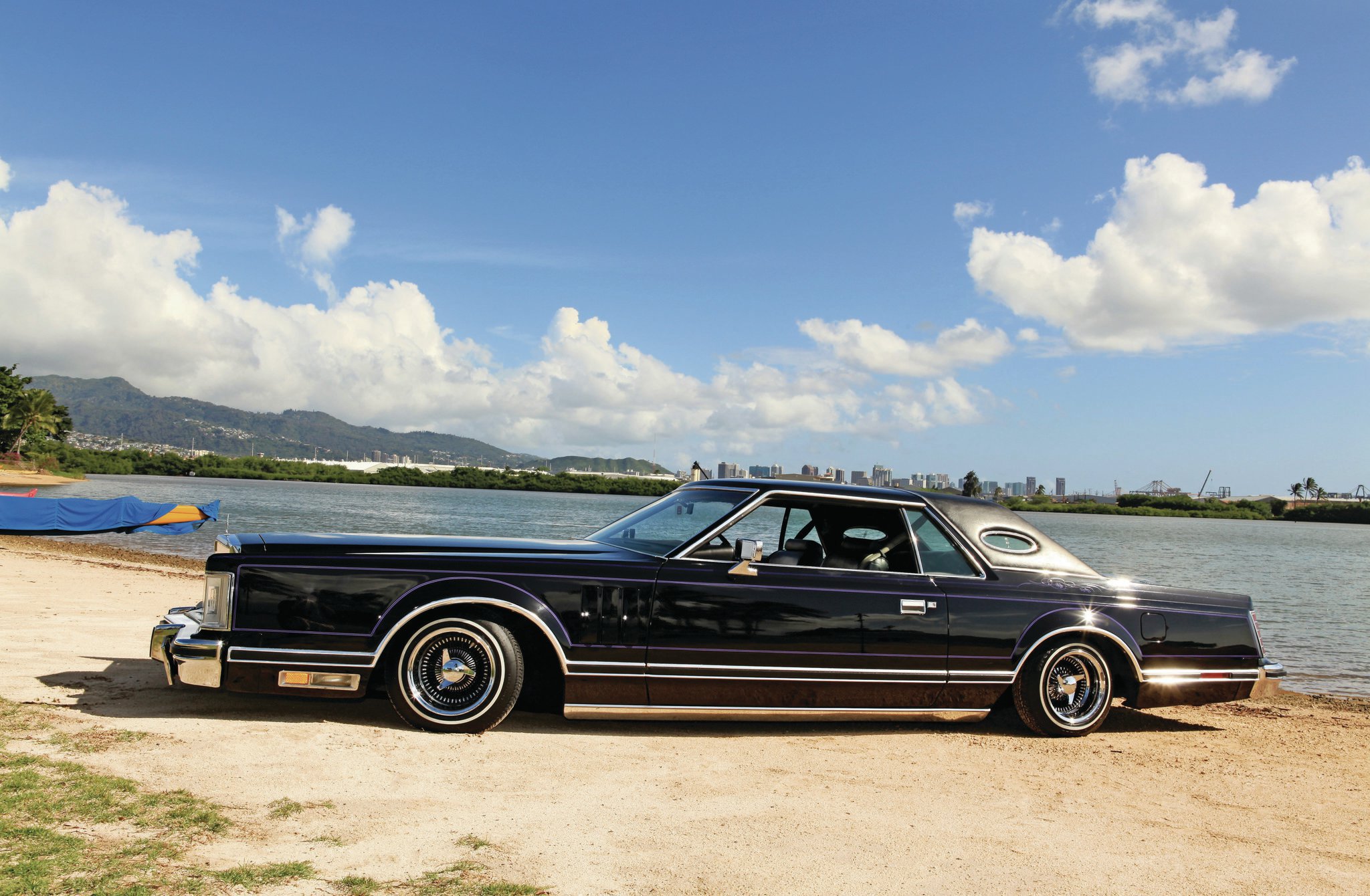 Our wives and girlfriends often get suspicious when we spend too much time away from them, regardless of what our reasons are. Hopefully when it comes to building a car they trust us enough to take as much time as we need, wherever we need it without raising an eyebrow. In the case of Robby Chipley’s ’79 Lincoln, he chose to name it “The Other Girl” since he was always at his body shop working on getting that glossy black paint as smooth as a pane of glass. He spent more time there than he did with his girlfriend and, needless to say, it raised some suspicion. However, we think the finished product was well worth the “affair.”

Robby got wind of this Lincoln that was being parted with at an insurance auction. A whopping $500 bid was all it took to bring it home. It sat for so long that the gasoline in the lines had turned to shellac, so the fuel system had to be redone. The car still sports its stock 400ci engine and C6 trans, which only had 29,000 miles on it, so it still purrs like a kitten. Robby was looking to keep this land yacht pretty faithful to stock, but give it a little gangster flair, so off he went.

For suspensions mods, Robby put in 8-inch cylinders in front with 3.5-ton coils, and in the rear reside 13-inch cylinders, 2 and 3/4-ton coils, and powerballs. The A-arms have not been extended, but hold up fine for the two Black Magic pumps, whammy tank, six batteries, six switches, and four Delta dumps. It all rides on 13-inch OG wire wheels with graphite-coated spokes and three-prong knockoffs.

The interior was also kept pretty true to factory original with new leather and suede inserts. The carpet has purple piping to help accent the two-tone look. King’s Upholstery in Honolulu is to thank for a job well done. If you’re thinking this thing thumps some loud tunes, we hope you’re old enough to at least have a sentimental appreciation for its original 8-track that Robby still uses.

Since Robby owns an autobody shop, he very meticulously took on the task of finessing what was originally a little rough. The end result, combined with the murals and pinstriping done by Mike Wish, give it a very simple, classy, and yet sinister look. Robby fully molded the underneath of the trunk so you don’t see any ribs and removed the reflectors on the back as well as the emblems and lock cylinder housing to smooth everything out and keep it clean.

We must say this “other girl” was a rendezvous worth having. Robby extends thanks to Brandon Kajitani and Grant Niura for mentoring him. He also gives props to Charlie Molina and the rest of his Supremacy Car Club for welcoming him into their family as well as their support throughout the build and beyond.

Vehicle Nickname: The Other Girl