Newsletter
Sign Up today for our FREE Newsletter and get the latest articles and news delivered right to your inbox.
Home » 1962 Chevrolet Impala – Cruz Control 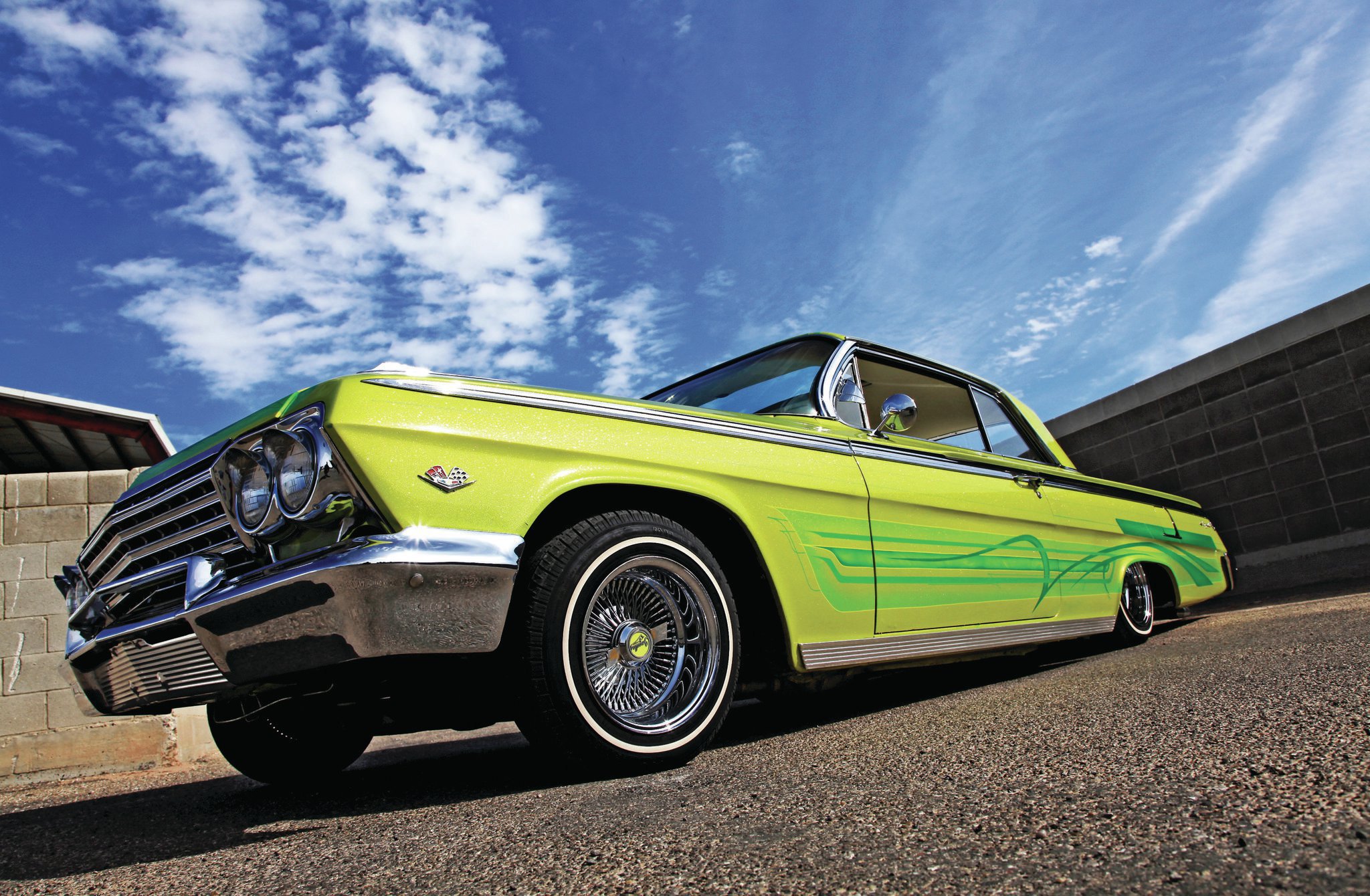 Many of us can relate on the basis of having been raised around a lowrider family. Those early years shaped not only our interest in cars, but also the attraction to the atmosphere that came with it. The music, the camaraderie, the family outings, the barbecues, the clothing, and everything else. Cruz Madrid is no different. Having spent his life around a family who was immersed in the scene has pretty much cast his fate as far as continuing the tradition.

After owning several Impalas over the course of his life, Cruz came upon this ’62 on the Internet and decided to make it his own. As tends to be the case, this one needed quite a bit of work and he undertook most of those responsibilities himself. The car came with a 350 that Cruz upgraded with a newer Edelbrock carb and intake, and also added more chrome. Still tied to the original Powerglide, the horsepower all goes to a rearend you might not expect to find in a car like this — a Toyota Tacoma rear from Black Magic. The original rearend blew out on Cruz one day and he swapped it out with this unit and added slip yolks and a Y bone.

For the addition of hydros, Cruz reinforced all the stress points himself, added two pumps, four batteries, four dumps, six switches, and eight cylinders in the front followed by 10 cylinders in the back. Rear control arms were molded and fronts were extended 1 1/2 inches. Components came from Hi-Low in El Paso, Texas. With the four 13×7 wire wheels on each corner, it’s looking pretty true to form.

The old-school biscuit interior by Hope’s Interior in Odessa, Texas, looks right at home in the old six-two and we’re sure the Pioneer deck, 6-inchers in the kick panels, 6x9s, and 12-inch CVX kickers help keep the tunes sounding great. The candy lime green paint laid down by Candyman and the legendary David Leal ensure this thing is of true lowrider status. Jessy at Economy Plating in Dallas is to thank for all the beautiful chrome work.

Since we originally shot this car, it has received chrome undies and a whole host of other mods so we look forward to bumping into Cruz again in the future to see how this Impala has continued to evolve. Of course we can’t discuss a lowrider like this without extending thanks to a few people. Special shout outs go to Cruz’s wife and kids, as well as his boss Rocco Wiest and also to Gabrial Acosta. And of course to his Impalas Car Club family. We’re certainly hoping Cruz’s kids inherit the lowriding bug one day and continue this long-running family institution.