Newsletter
Sign Up today for our FREE Newsletter and get the latest articles and news delivered right to your inbox.
Home » 1982 Cadillac Brougham D’Elegance – Red Light Distrikt 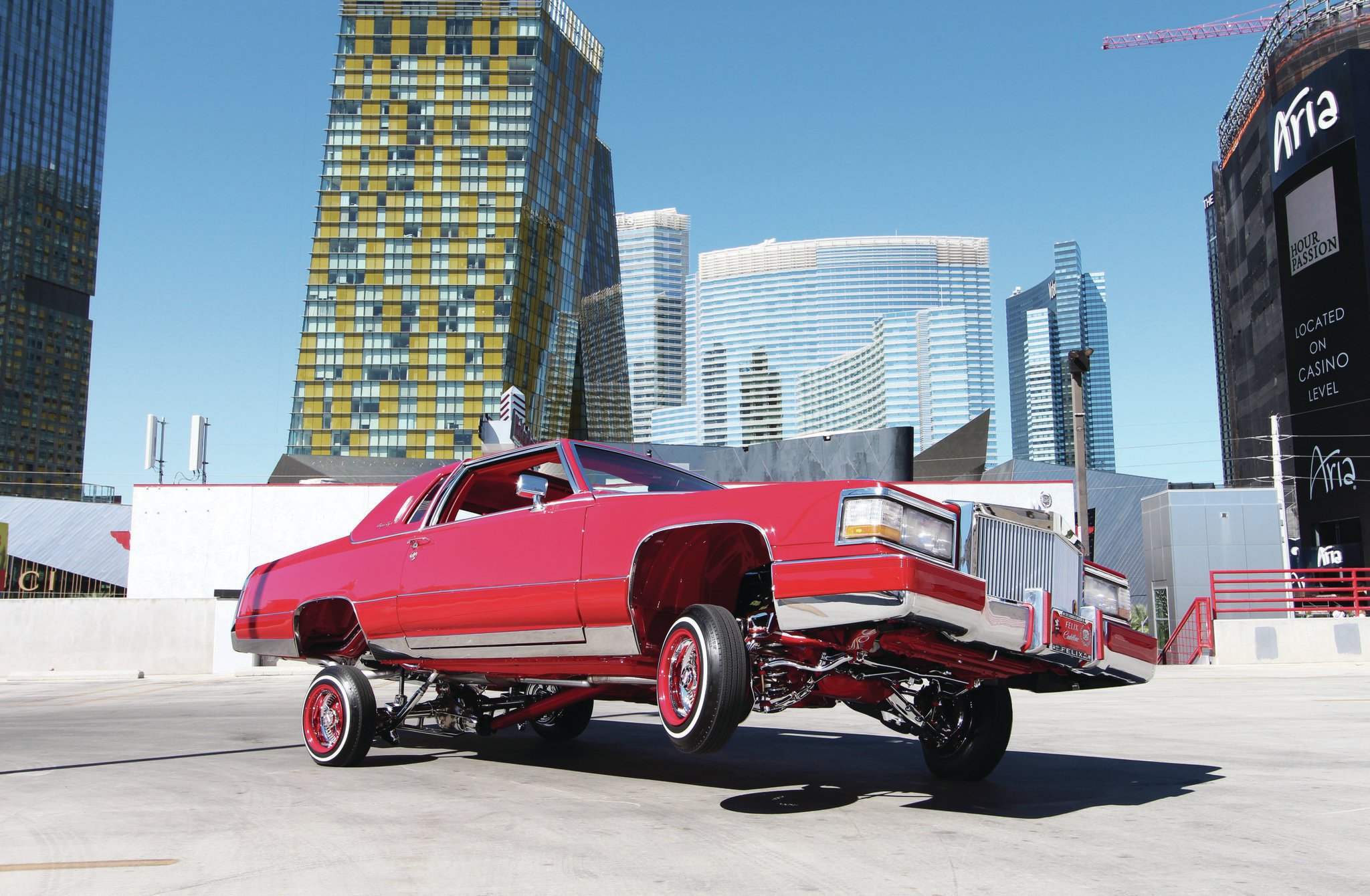 Sam Thun of Seattle, Washington, has always been into cars since he was a kid. Growing up in the projects of the Northwest, he remembers seeing a particular ’80s Cadillac Brougham coupe with a hydraulic setup and 13-inch rims. When he saw that ride go from being locked-up high to a slammed lowered stance at the flick of a switch, he knew he had definitely been bitten by the lowriding bug!

In high school, at the age of 16, Sam bought his first G-body, a 1986 Buick Regal Limited. He couldn’t afford the highly desired Dayton wire wheels at the time, but he was able to get a hold of a set of LA wires in a 13-inch bolt-on style. Over time, Sam went on to other G-bodies, but that love of the ’80s Cadillac always remained.

One day, Keo, a good friend of Sam’s, told him about an ’82 Cadillac Brougham D’Elegance that was for sale out in the countryside. The seller was the owner of a ranch and was thinking that if he didn’t sell his Caddy, he would add bullhorns to the front of it and chop the top – something to give it more of a country feel so that he could drive it around the ranch on a daily basis. Sam, in fear for that car’s doomed destiny, took the Brougham off of the seller’s hands right away.

Sam’s initial plans were just to slap on some 13-inch spokes and install a basic hydraulic setup, but as the customizations kept coming, the buildup started to get out of hand! It wasn’t long before a simple street-custom ride turned into a frame-off show car! Most of the build, Sam states, was done right in his backyard under his carport within three years!

Sam wants to give big thanks to all of those who helped him with the buildup of his dream car. He thanks his fellow Eazy Duz It Car Club members Stephen Cheadle, Simon Chan, Joey Silva, Keo Sanh, Cameron Corey, Dwayne Seveses, Pitra Poeng, Meemye Pham, Topo, and Vilo South. Lastly and most importantly, he would like to thank the beautiful Cecilia PeBenito for her love and support throughout it all.

Engine: Chevy 350 V-8 built by Vito and Kevin in Seattle

Interior: Central Family Upholstery redid the pillow-top seats and most all other interior fabric in red leather or suede. Dashboard was upgraded with the digital gauges from ’90s Cadillacs.