Newsletter
Sign Up today for our FREE Newsletter and get the latest articles and news delivered right to your inbox.
Home » 2009 Hurley Hogs Special Construction FX/FL – La Nalgoña 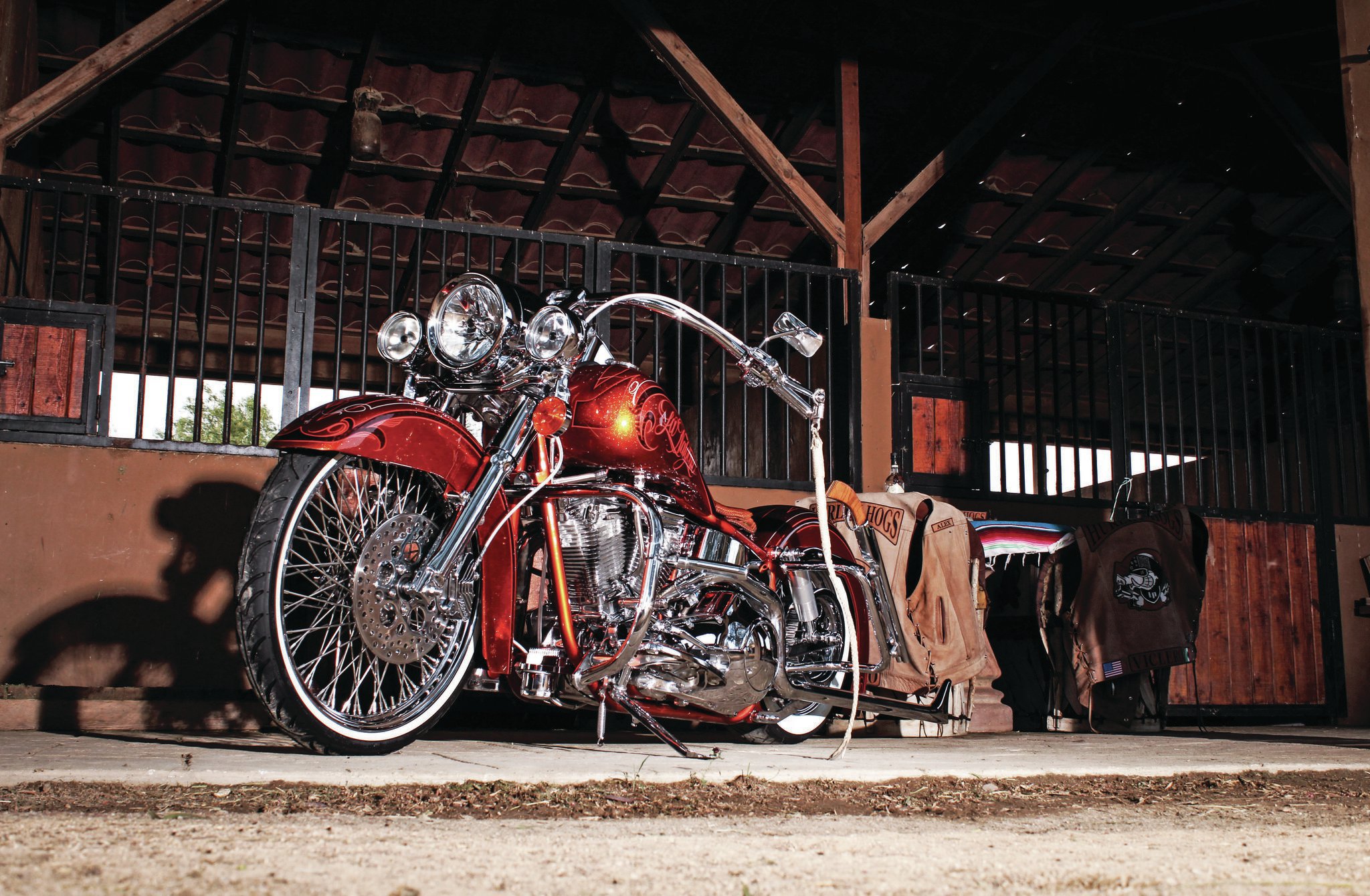 Marrick Salazar lives in the city of Norco, a Southern California community that boasts a major love for horses. The sidewalks on the main streets are not made of concrete, but are actually dirt paths. Just about every business has wood posts out on their storefront so you can tie up your horse while you shop. Marrick admits he has a few horses of his own located at his compound (known as Rancho Salazar). But it’s no wonder why it’s probably his iron horse that gets all the attention!

The love for motorcycles started for Marrick back in 2011. His soon-to-be bike club brother let him go for a ride on a 2008 Electra Glide Vicla and the rest was history — Marrick knew he had to get a two-wheeler and had to join Hurley Hogs Bike Club.

In July 2012, Marrick made a deal with a club brother to do some trade work. He did some work on a ’59 Chevy Impala and in trade, Marrick received a project Harley-Davidson that this guy had just lying around. Marrick took the bike and started to do some fabrication to it, mostly with the addition of a custom Kraft Tech rake frame. Once he got the bike customized to the way he wanted it, he handed it off to Chevy Time at Malditos Motos to finish it up. Edgar Rodriguez was then called upon to give it an eye-catching paintjob and the end result is seen here … a beautiful masterpiece sitting on chrome spokes and whitewall tires.

Marrick gives big thanks to Rudy Garcia, Joe Muro, Albert Acosta, and his loving wife for her support and patience during the buildup of his bike, “La Nalgoña.”

Paint: Maxima Imagen in Irwindale prepped the bike’s body for paint, ultimately laying down a candy tangerine finish in patterns with red and white pinstriping

With a roster of Cadillac’s, Chevy’s and G-bodies under his belt, Andres Bardelas turns his attention towards the baby Thunderbird.

David “Dee” Espnoza has got plenty of great memories with his grandfather. The most vivid ones were the ones spent with his grandpa in his C10 and it was these memories that gave him an affinity for the C10 platform.