Newsletter
Sign Up today for our FREE Newsletter and get the latest articles and news delivered right to your inbox.
Home » 1969 Schwinn Trike – Please Recycle 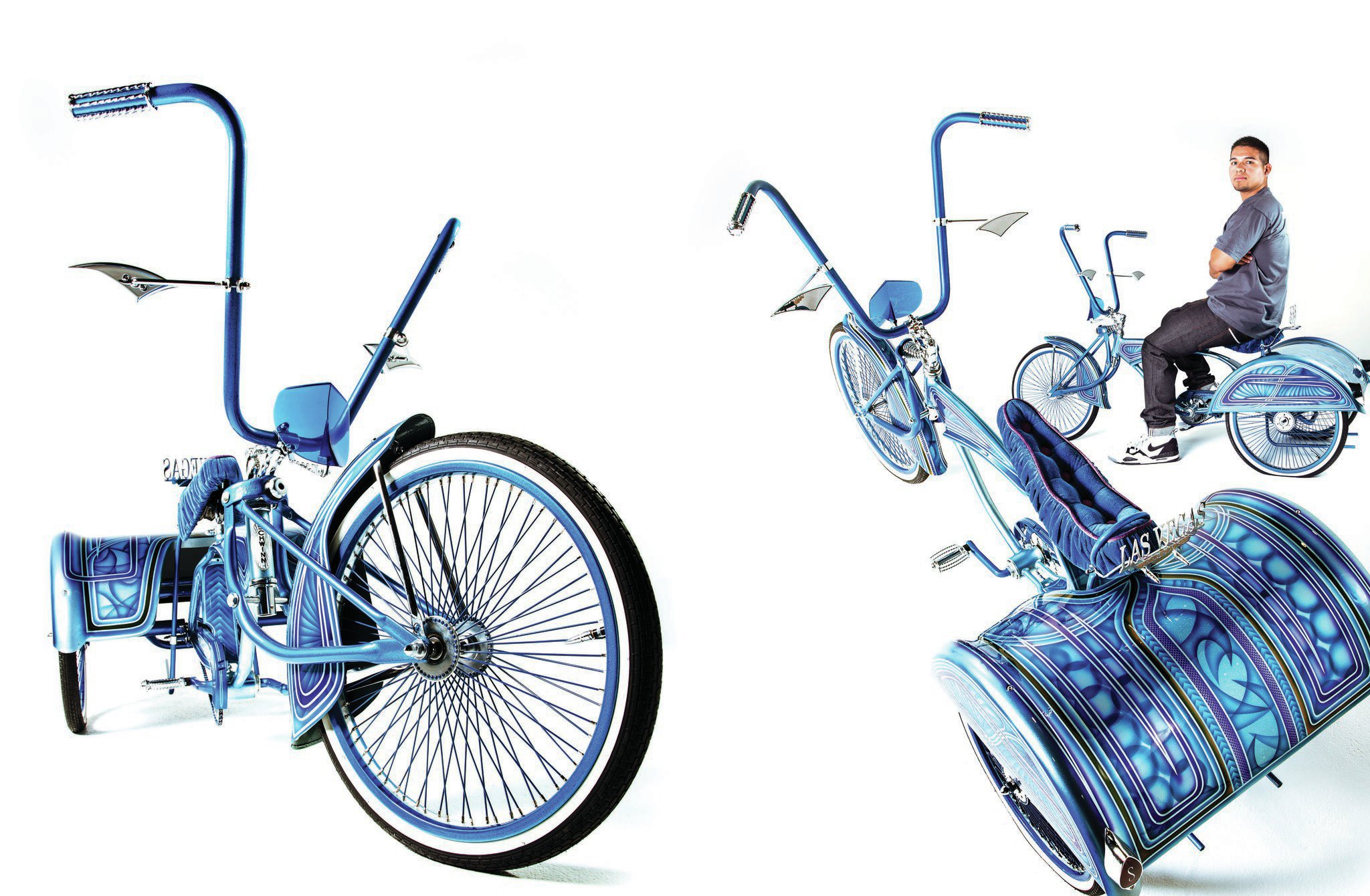 Age 15 typically means video games and hanging out with your buddies. But for Frankie Hernandez Jr. who was raised in a lowrider family, things were always just a little bit different. With mom and dad each owning their own lowrider, it was just a matter of time before Frankie would carry on the family tradition. As luck would have it, while taking out the trash at a their local storage center he would come across a 1969 Schwinn frame and axle that someone had inexplicably thrown away. Frankie immediately knew this would become his very own masterpiece and finally take his place among the long list on family builds.

With his father owning Blvd Customs in Las Vegas, Frankie did not have to go far to begin his project. With everything needed at his disposal he would dive right in by sanding and prepping the bike himself. After several body modifications, some of which included a molded and cut frame as well as molded fenders, the bike was finally ready for paint. For this, Frankie would call on longtime family friend Roman Gomez Jr. Roman would spray this bike’s convoluted paint scheme, lacing it with a combination of Matrix China Blue and purple pearls. It also sports a classic tuck-and-roll, biscuit-tuck coffin pleat seat and 20-inch wire wheels painted and striped by local artist Maggo. What was once someone’s trash, had now become “Misty Blue” and was finally ready to cruise down the infamous Las Vegas Boulevard.

After three years of hard work Frankie Jr. would like to thank his dad, mom, brothers, and Roman Gomez Jr. for their help and support throughout the process. He could not have done it without them.