Newsletter
Sign Up today for our FREE Newsletter and get the latest articles and news delivered right to your inbox.
Home » 2014 Toyshop Bicycle – A Very “Twisted Toy” 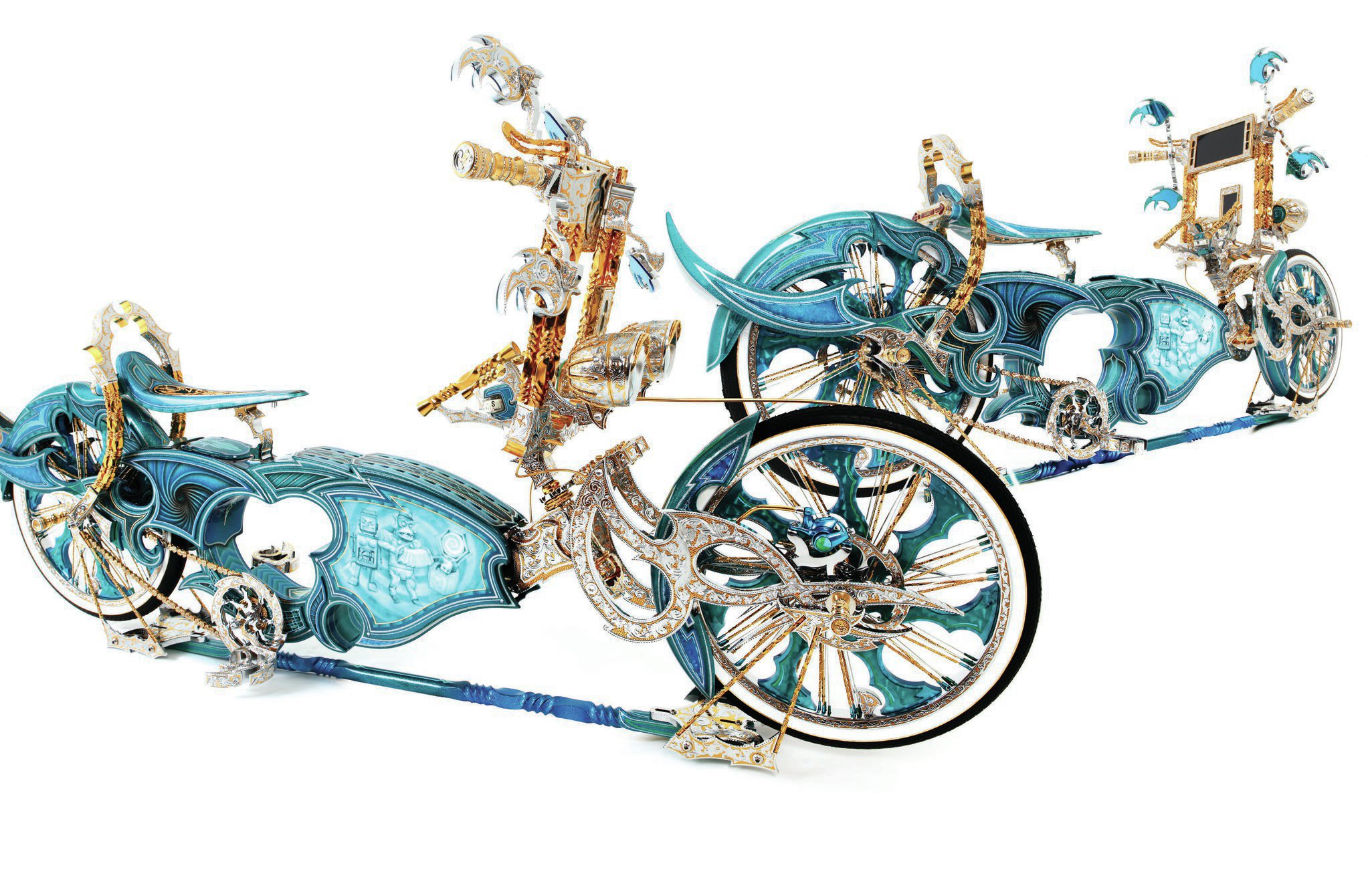 Michael Linville of Fort Lauderdale, Florida, began his bike-building carrier at age 13. In 2006 and 2007 he won Bike of the Year with a bike called Pinnacle. After selling it, he retired from building bikes and started work on his 1966 Cadillac that he still has today. Thoughts of building another completive bike kept crossing his mind, but knowing how much time, money, and dedication it would take to build one kept him from coming back, until one night in July of 2013, when he had a vision of a bike in his head. “I had so many thoughts in my dreams that I had to wake up and jot down my ideas.” He began by creating a computer drawing of the bike that was in his mind. Work on the bike began within three days of completing the computer drawing.

They started by building the all aluminum frame of the bike and then building everything else around that. The build took 10 months and once he completed the bike he loaded it up and drove it cross-country to enter it into the sanctioned Fresno show to qualify for the Las Vegas Super Show. He was able to win the 2014 Lowrider Bike of the Year by a very small margin, and is planning on coming back next year to defend his title. “I’m emptying the tank on this one, I can’t do it anymore. It’s too much time, money, and dedication to keep up.”

Suspension: Mike built a linear actuator into the frame of the bike to lower and raise it