Newsletter
Sign Up today for our FREE Newsletter and get the latest articles and news delivered right to your inbox.
Home » 1975 Schwinn Pixie – A Slam Dunk Schwinn 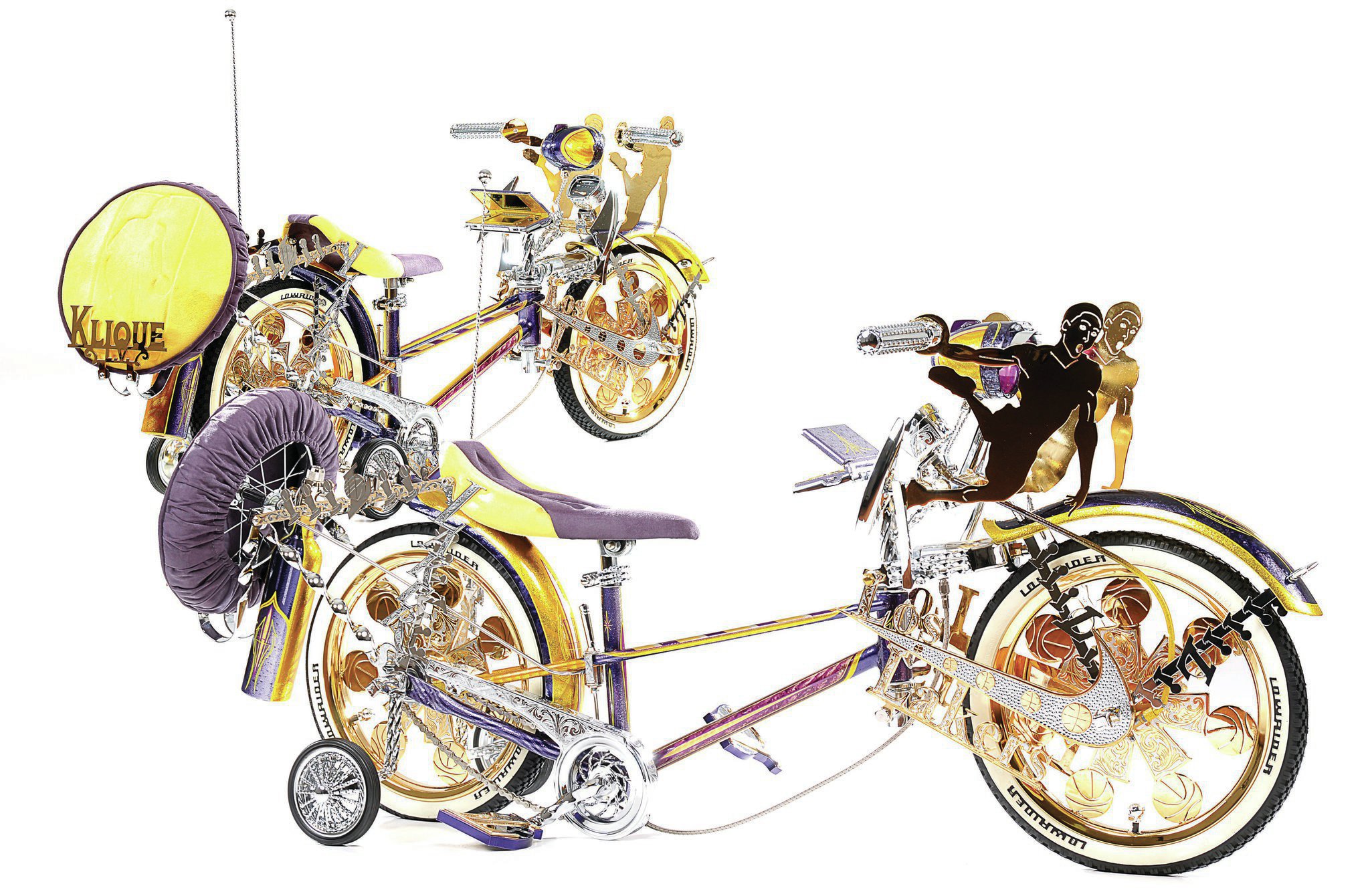 As a toddler, Jesus Arreguin’s father was given a 1975 Schwinn Pixie frame with plans that he would one day build the bike for his son. As Jesus’ father perfected his painting skills by practicing on the Schwinn frame, the talent continued to grow as further showcased by the painting of his 1959 El Camino (El Diablo), which later became a cover car for Lowrider Magazine in 2013. Over the years, the bike has earned many awards although that was not its original intention when the build began.

With some well thought-out details to complement the purple and gold paint theme, “Showtime” became an appropriate name for the bike as everything became completely customized, from the pedals to the wheels done to show love for his favorite team. Jesus is now 11 years old and loves helping his dad prepare the bike and El Camino for upcoming shows. His key interests include lowriding and basketball, which are both well represented in the show bike. The youngster has dreams of one day becoming a professional basketball player so next time you see his name it may be on the back of a Lakers NBA jersey!

Jesus is very proud of what the duo has accomplished and says he loves going to events with his family to show his bike along with his father’s El Camino. He says that he will always support his dad and has aspirations of one day owning his own dream car. A special thanks is sent from Jesus to his father, Ruben, and his mother, Diana, for guiding him every step of the way and he promises that he will continue to strive to be a good person.