Newsletter
Sign Up today for our FREE Newsletter and get the latest articles and news delivered right to your inbox.
Home » 1936 Sky King Replica – El Travieso 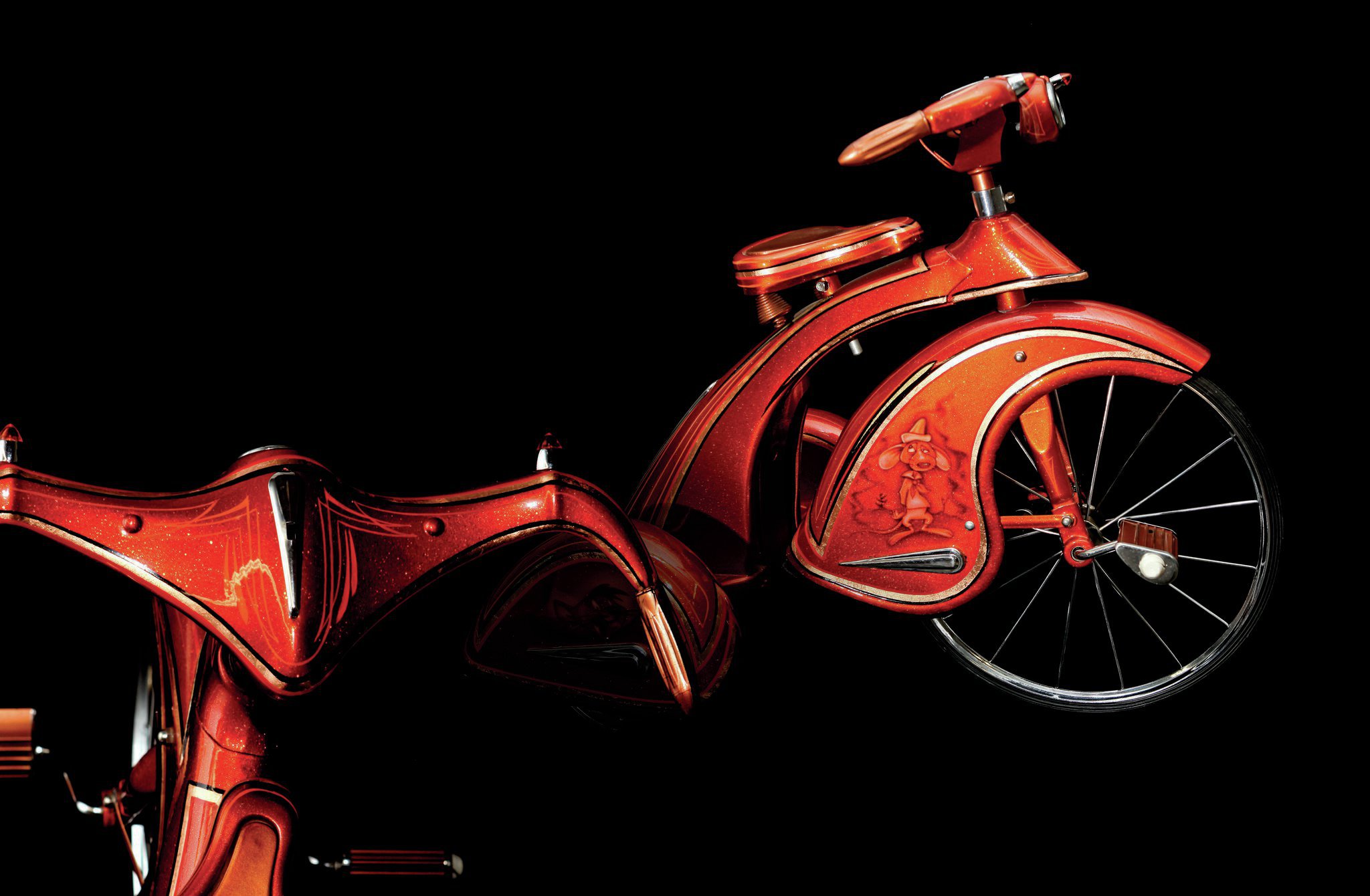 Richie Chavez of Fresno, California, made a road trip down to Pomona for the famous Pomona Swap Meet. “I was just walking around in miles of aisles looking for car parts when I came upon this 1936 Sky King replica. It was black and it was already put together.” He bought it right there for $200 for his son Abraham who was following him up and down the miles rows at the swap meet that same day.

Richie took home the trike only to take it apart and shoot the base. He then took it to his friend Anthony Alaniz from Parlier, California, to have it painted. Anthony ended up donating some of his leftover tangerine candy paint from a different paint project. Skip from Kingsburg, California, just happened to be there and liked the project so much that he donated his time by striping and leafing it for free.

From that point, Richie took the custom-painted bike over to Alberto Herrera out of Visalia, California, to get some mural work done. Fortunately for Richie, Alberto was in need of some work in his garage so he was able to do some trade work. “I wanted to go with a Chicano type of a mural theme but for kids, so I decided to go with the characters Speedy Gonzales and Slowpoke Rodriguez as part of the theme. I threw them a curveball with Slowpoke because only the older generation recognizes and knows who Slowpoke is, not the new generation.”

“The trike was built to be a roller for my son and he rode it everywhere, and even though my son grew out of it, I still take it to shows and put it out there on display. Now, I also let other people’s kids go for a ride and have fun with it too.”