Newsletter
Sign Up today for our FREE Newsletter and get the latest articles and news delivered right to your inbox.
Home » 2007 Harley Davidson Heritage – Captivating Images 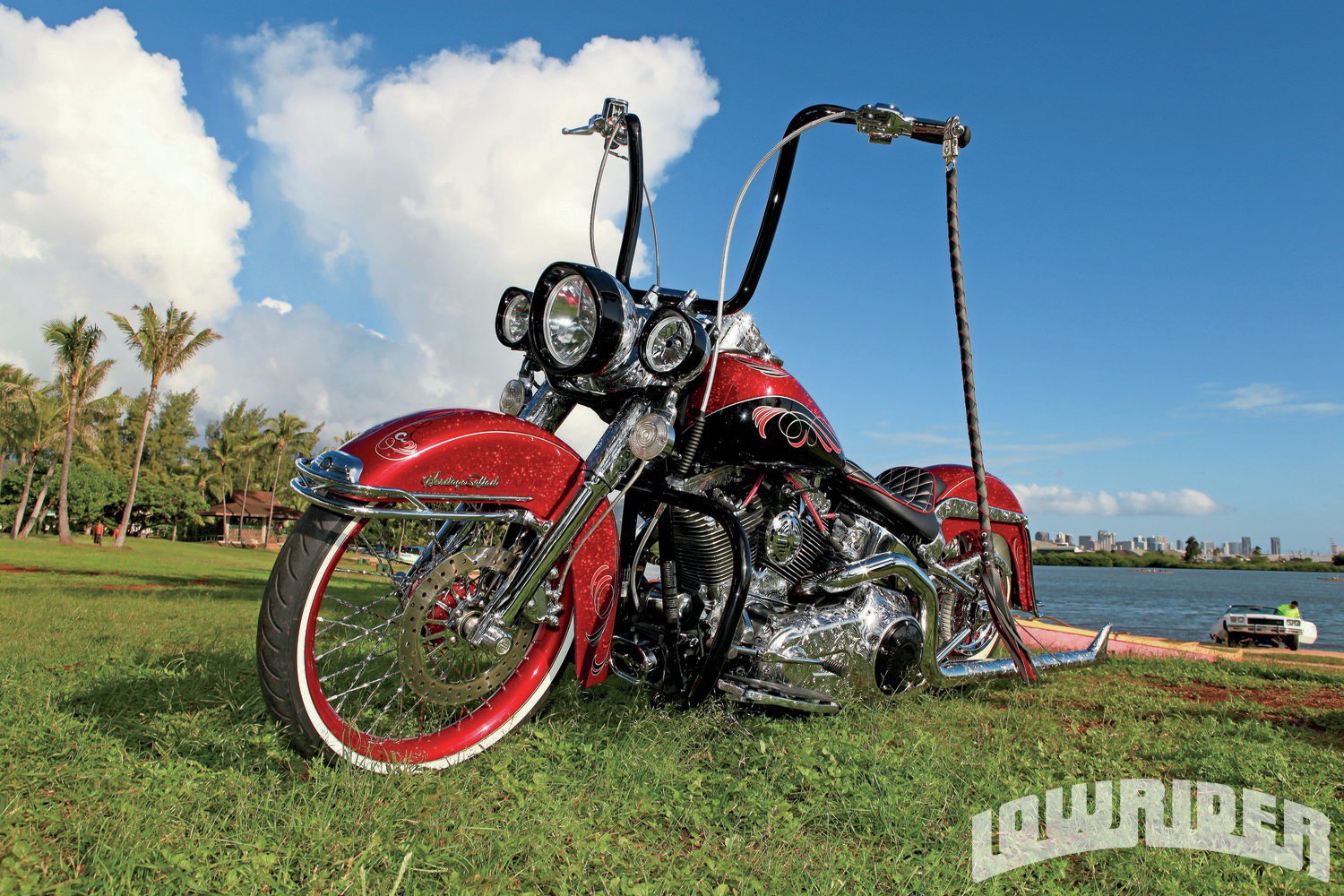 When most people think of the Aloha State the first thing that comes to mind are serene beachfronts and colorful shirts, but what most don’t know is that Hawaiian’s have customizing in their blood. Back in the 19th century, missionaries gave the Hawaiian’s plain shirts to cover their chests and, to make the shirts more attractive, the Hawaiian’s painted them in colorful schemes. That said, things are no different when you take a look at Michael Pantil’s ’07 Harley Heritage. With paint dripping like it was freshly dipped, this bike flaunts a demeanor which is both captivating and charming. It’s a build that would make Harley-Davidson proud, and a build that also makes you wonder what he has in store for his ’54 GMC and ’63 Impala hardtop.

When asked about the influence of his build, Michael will be the first one to admit that it was a Toyota Corolla called “Captivating Image” that sparked his passion. The car, which belonged to Chris Galutira, happened to be the brother of his best friend and that was enough to get him hooked on the candy and chrome. “We looked up to Chris,” says Michael who started lowriding at fifteen years of age, and since then he’s owned numerous lowriders including a Regal and Cadillac.

As you gaze through the images of Michael’s bike you can’t help but wonder how much time was invested into creating this piece of rolling art, and with a total build time of just nine months, the bike sports a fit and finish that you’d come to expect from someone who has now customized his fourth Harley. Purchased from a friend in stock condition, Michael is no stranger to building custom bikes. His three previous Harleys were sold to friends or onlookers who fell in love with his work but this particular build may just be a keeper. With the exception of engraving, paint, and upholstery, the bike was pretty much built in his garage. When asked if he would sell it, his reply came slow as he hesitantly replied, “I don’t know. I went all-out on this one and I’m sure I’ll keep it.” Of course, we don’t blame him for wanting to keep it but I’m sure we’ll see many more creative builds coming from Michael soon enough.

A special thanks to his wife Donna, his kids Nui and Mark as well as the USO Family. A big shout out also goes out to Junk Shop Pros and Chris Galutira. He would also like to dedicate this feature to the late Mike Galutira.

Engine: Out of his garage, Michael installed the Samson Cholo’s pipes and Velocity intake.