Newsletter
Sign Up today for our FREE Newsletter and get the latest articles and news delivered right to your inbox.
Home » 2003 Harley Davidson Deluxe – Island Gold 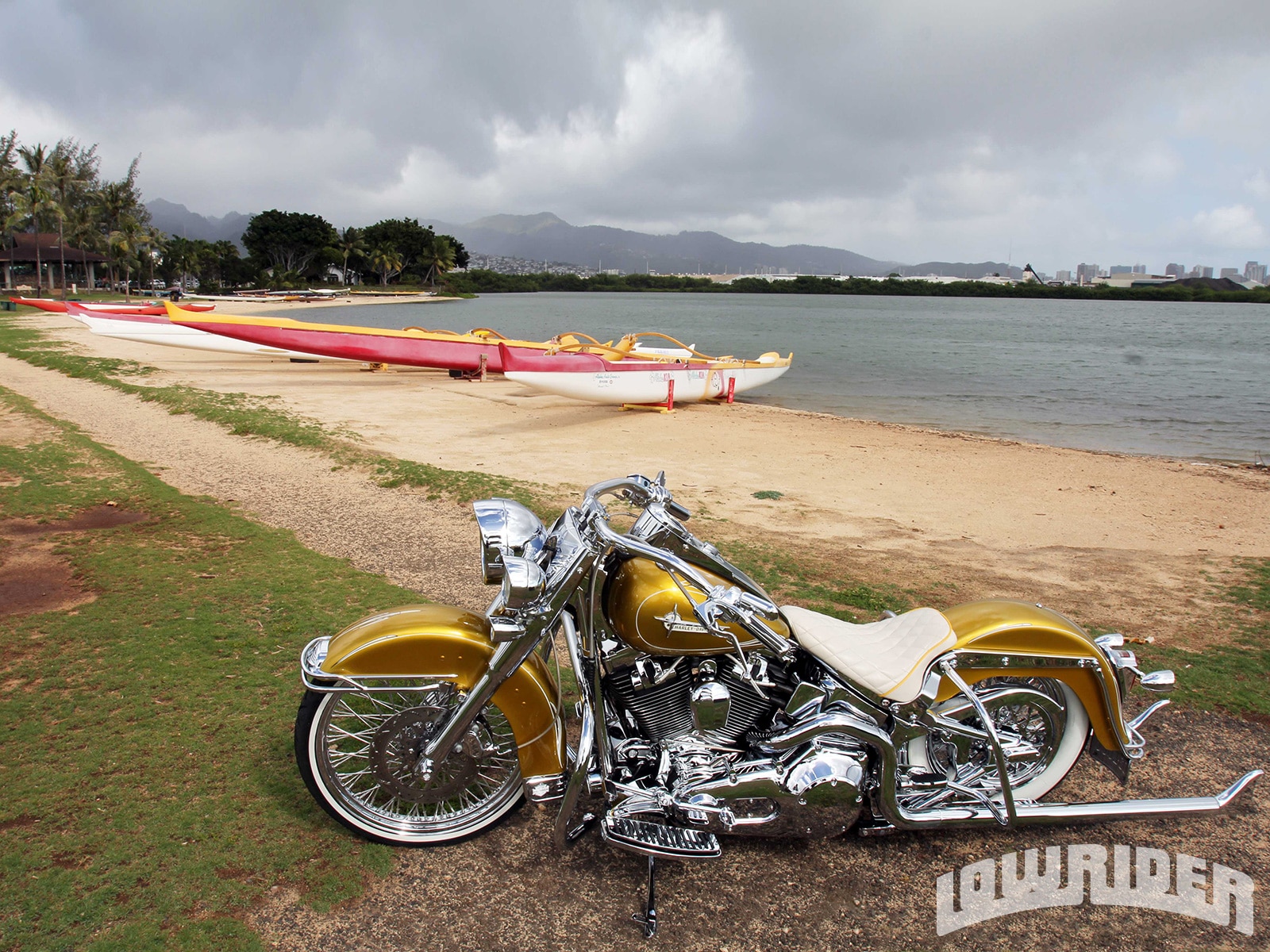 When you think of Hawaii, you usually think of the beautiful beaches, scenery, and the laidback island lifestyle. Once you get past that, you realize that the locals are just like everybody else in the sense that they all work hard to get what they have. Remember, while it looks like paradise, Hawaii is ranked as the United States’ most expensive state to live in. That said, being able to own custom lowriders, or in this case a custom Harley, is certainly a privilege.

The island of Oahu is known as the state’s hub, and while visiting this past summer, we caught up with Supremacy CC. They were hosting a traditional Hawaiian barbecue and while we were there, we spotted Wes Agcaoili’s ’03 Harley-Davidson Deluxe. This beautiful Harley featured a fully chrome-plated frame and suspension, which complements the House of Kolor Pagan Gold paint finish. The airbagged bike sits with an aggressive stance when the air is dumped out. Wes’s custom plates say it all “03LOCO” as this bike is definitely a crazy head-turner.

Some of the accessories added to Wes’s Harley include Beach Cruiser Bars, H-D accessories, air ride suspension, K&N breathers, custom floorboards, dual Weber carbs, Samson Cholo Pipes, Coffin taillight, Auto Meter gauges, front and rear crash bars, custom rotors and a diamond stitch seat. With all of these custom parts on this Harley, Wes is able to hit the open road and enjoy the island scenery on the roads of Oahu.

When we asked Wes what was next for his cruiser, he gave us a look and said he was planning on redoing the bike to give it more of his personality. Future plans include spraying the bike in a candy apple red and adding custom bags for some audio. Given the magnificent stance of this two-wheeled beast and Wes’s future plans, don’t be surprised if you see this bike featured again in the future.