Newsletter
Sign Up today for our FREE Newsletter and get the latest articles and news delivered right to your inbox.
Home » 2000 Chevrolet Silverado – Touch Of Class 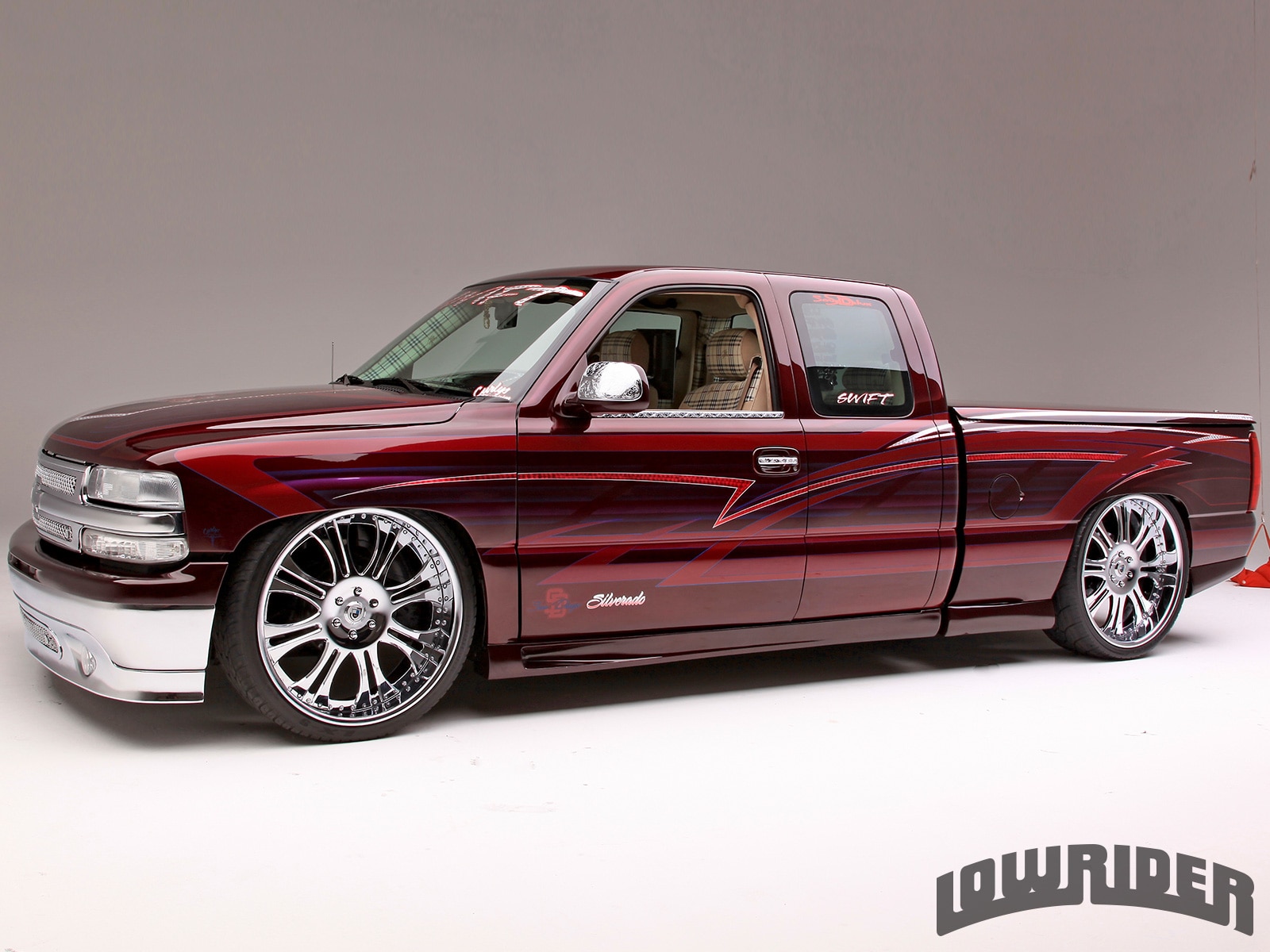 As far back as his childhood, Saul Pulido Jr. of San Diego, CA can remember his dad, uncles, and cousins all having custom cars. “I was around car culture growing up and I told myself that one day I was going to have my own ride that I could customize to my liking,” he says. Times change and with that, tastes change; sometimes what you want at a young age isn’t what you want later on in life. For Saul, his desire to have a custom car never changed but the style he wanted to build did. Even though he initially grew up wanting to build an old school Lowrider, he eventually fell in love with the big wheel look. “I met a few people that had custom rides and I liked the style and ideas that they were putting into their rides, so I wanted to do the same,” Saul explains. When he was ready to buy his first ride to customize, Saul didn’t have to go far; he bought this 2000 Chevy Silverado from his dad.

Saul’s plans for the truck were clear, but they were not crazy. “When I first started fixing it up, all I wanted was rims and a basic stereo system,” he says of his modest initial concepts. “I never thought I would get my truck to the level that it is today.” Even though Saul is placing at most of the shows that he attends, he still has plans of upgrading the truck with custom chrome and engraving, along with a few other unique modifications.

Saul would like to thank God for letting him come this far, his family for their support, and he gives a special shout out to all the people who helped him in the build; especially Chato, Cesar, Jason, Omar, Cesar G, Erik, Ben and Chris Jarboe.

Body/Paint: After the tailgate was shaved and the roll pan and body kit by Street Scene was installed, Armando Palacios of Candy’s Auto Body in San Diego, CA finished off the bodywork, while Chico Gonzalez of Candy’s Auto Body used a PPG candy burgundy to paint the truck. Jaime Martinez, of Curley’s Pinstripe, in Paramount, CA finished it off with some stripes and leafing.