Newsletter
Sign Up today for our FREE Newsletter and get the latest articles and news delivered right to your inbox.
Home » Custom Tricycle Drum Kit – Have Band Will Travel 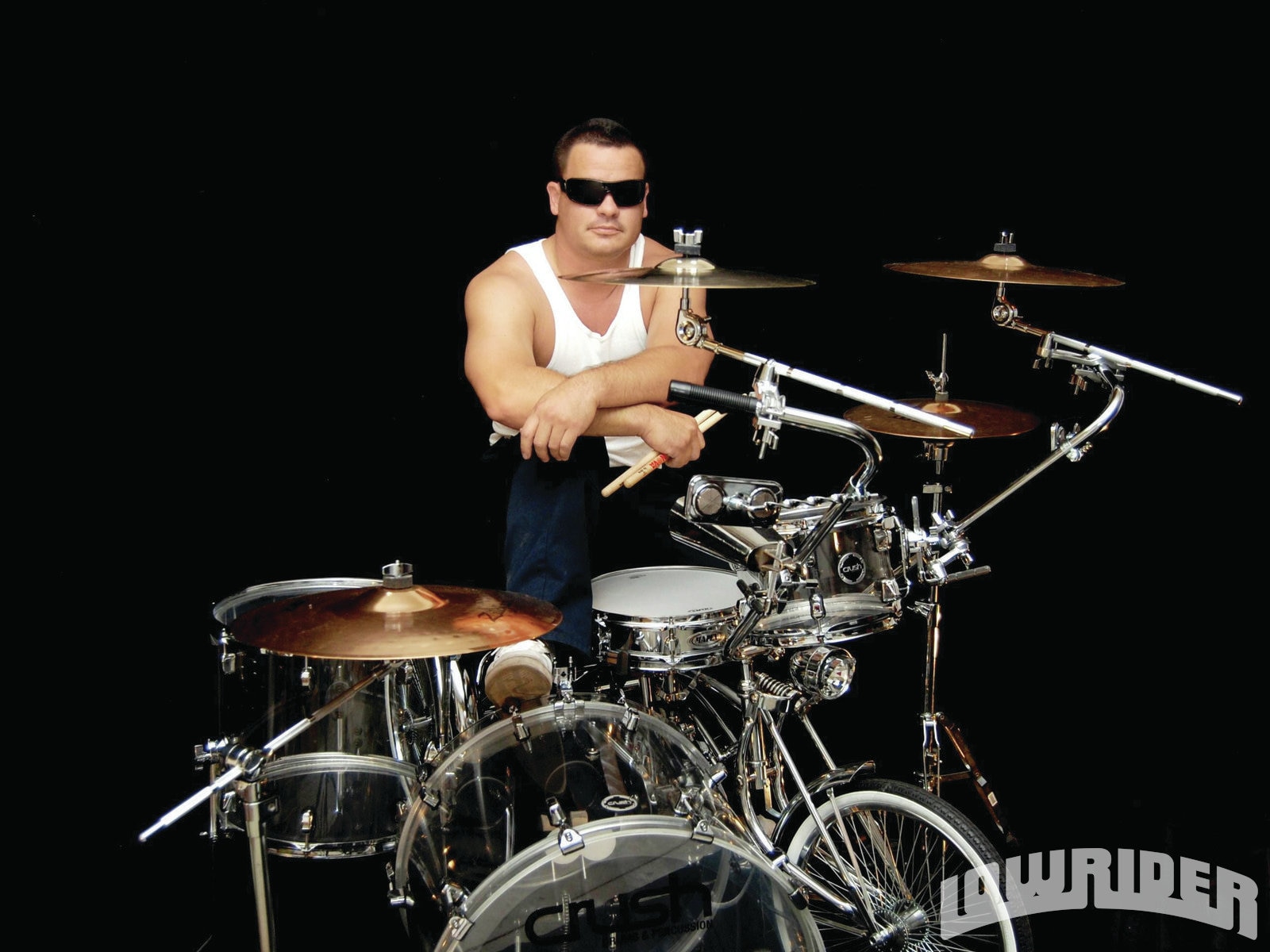 When it comes to the Lowrider influence and style, drummer and bike owner Austin Comnick shows us that he travels to the beat of a different drum as he says “I have to admit, I love chrome on cars and bikes like a woman loves diamonds. So the first time I saw an all-chrome lowrider bike on white walls my mind was officially blown! As a former touring musician I am always thinking of ways to make a live show as amazing as I can through the eyes of a spectator. So what better way than blowing peoples minds with a custom trike drum kit?”

Built around a 20-inch lowrider trike is a 4-piece clear acrylic Crush drum set. A chrome piccolo snare sits mounted to the bikes frame just in front of the custom ape hangar handlebars that double as a mount for two crash cymbals, a rack tom and an all chrome (of course) cowbell. A 22-inch kick drum, 16-inch floor tom and a ride cymbal sit next to the trike. The kit is fully functional and as easy to play as a normal kit but instead of sitting on a drum throne, you”re upon a lowrider.

I feel I met my goal to combine style and live music; the only problem is do you want to ride it, play it or stare at it?