Newsletter
Sign Up today for our FREE Newsletter and get the latest articles and news delivered right to your inbox.
Home » 2008 Harley Davidson Softail Deluxe – El Quetzalcoati 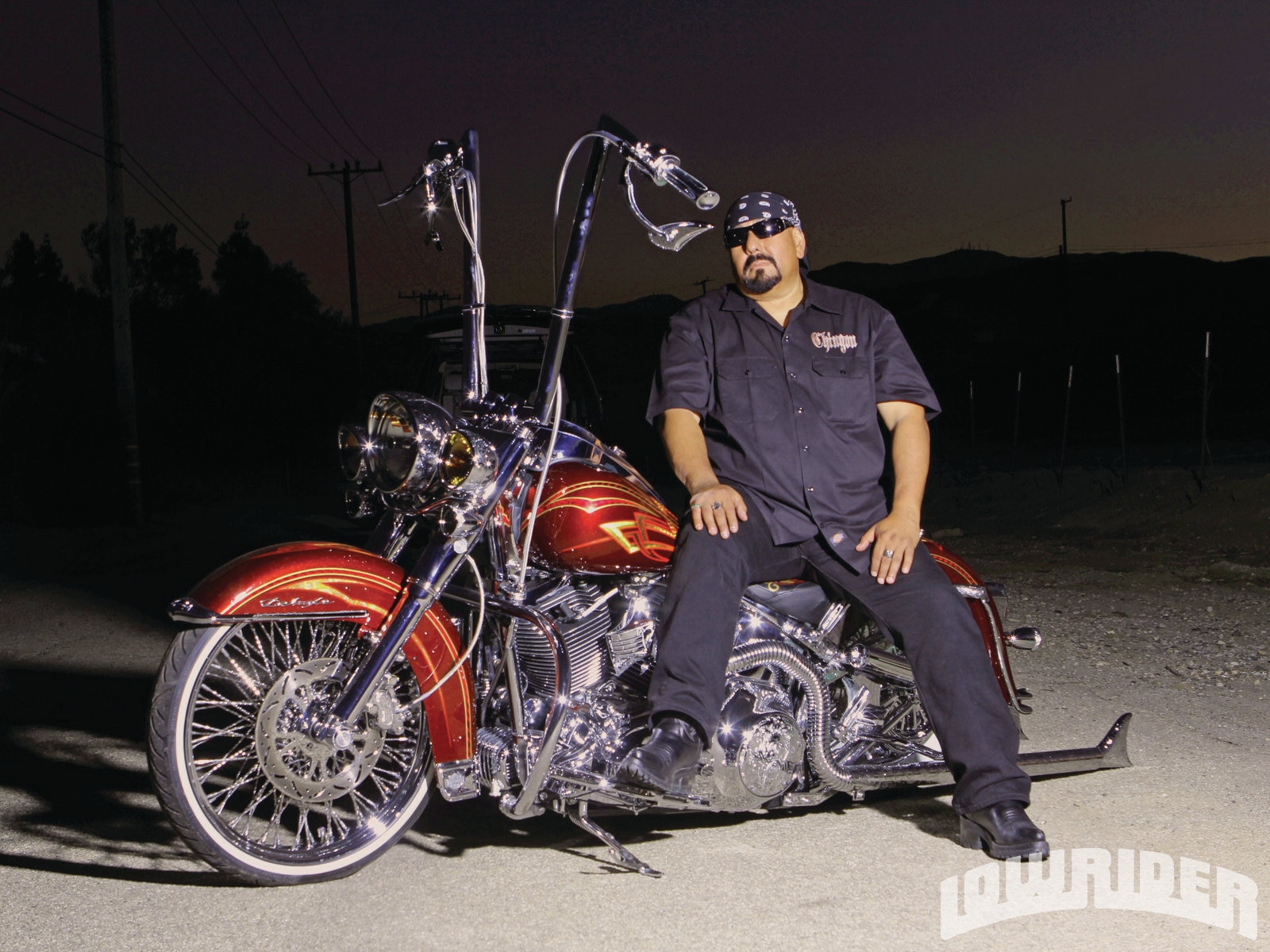 In this month’s Tanks and Tails, we knew we wanted to bring you something special. Naturally, we caught up to this Easy Rider 2nd place winner, owned by Ray Mena of Colton, CA. This impeccable 2008 Harley features a Chicano Lowrider style that truly makes it stand out from the rest. As an old truck club builder, Ray knew that if he ever wanted to build a custom bike, he would have to add his own touch to it. Since customization was already an addiction for Ray, he and his friends took the same approach when they got into bikes. What started as a simple build with added pipes soon changed, as did their mentality? We’ll let Ray tell it:

“I always had a passion for customized cars, trucks and Harleys, I became more involved in customizing when I was in a truck club called California Short Beds. These were all Lowrider trucks out of Orange, L.A., Riverside, and San Bernardino counties, and we would all help one another to reach our goals and dreams in auto customizing. From there I turned my interest to Harleys and old cars. My ’92 bike was my first custom, which I turned into a Springer and I added more modifications to the entire bike with the help of my son, Ray, Jr.

My next work came in the form of a 2008 Softail Deluxe, and I just really wanted to do simple things to my bike to catch up to my friends, who had already started customizing their own Viclas. They were adding chrome and custom pipes, but as I looked at my bike, I could just see opportunities to add more than that. I’ve always been one to not be satisfied with what the next guy had; I had to go over and beyond to add my own style and flavor to what I would build. It’s all about what an individual can create for him and still have other people enjoy. It’s not so much about competing as it is about doing your own thing, adding your own style and flavor, and standing proud of what you did, to use your creation to help others reach their dreams as well.

Showing off for completion is all good too. That’s how one finds a sense of accomplishment for pushing themselves to another level and persevering to the finish. Plus you can inspire others; my bike was built to ride and to show off all of my friends and families’ efforts in helping me achieve my style and flavor. Much respect goes out to all of those who take pride in their Viclas, including the Outlaw MC’s, all of the Raza Vicleros Y Vicleras, and those I forgot to mention.”

The attention to detail on his bike has certainly separated Ray from the rest. His bike boasts everything from the engraving done by Hernan to the 29-inch “Butterfly Ape” handlebars that were dressed with diamond cut engraving and Gorilla Cables designed by Jose Alfaro. The bike also has a custom seat from Juan Gonzales of Nomad Leather who worked his leather magic, with chrome done by Marcel’s Custom Chrome. The detail on this bike is definitely top notch, cementing a spot in this month’s Tails & Pipes.

Engraving: Hernan’s Engraving, David Renteria Engraving and Diamond Head of Nevada did the Diamond cut engraving done through out.