Newsletter
Sign Up today for our FREE Newsletter and get the latest articles and news delivered right to your inbox.
Home » Chucky Montoya – Lowrider Original 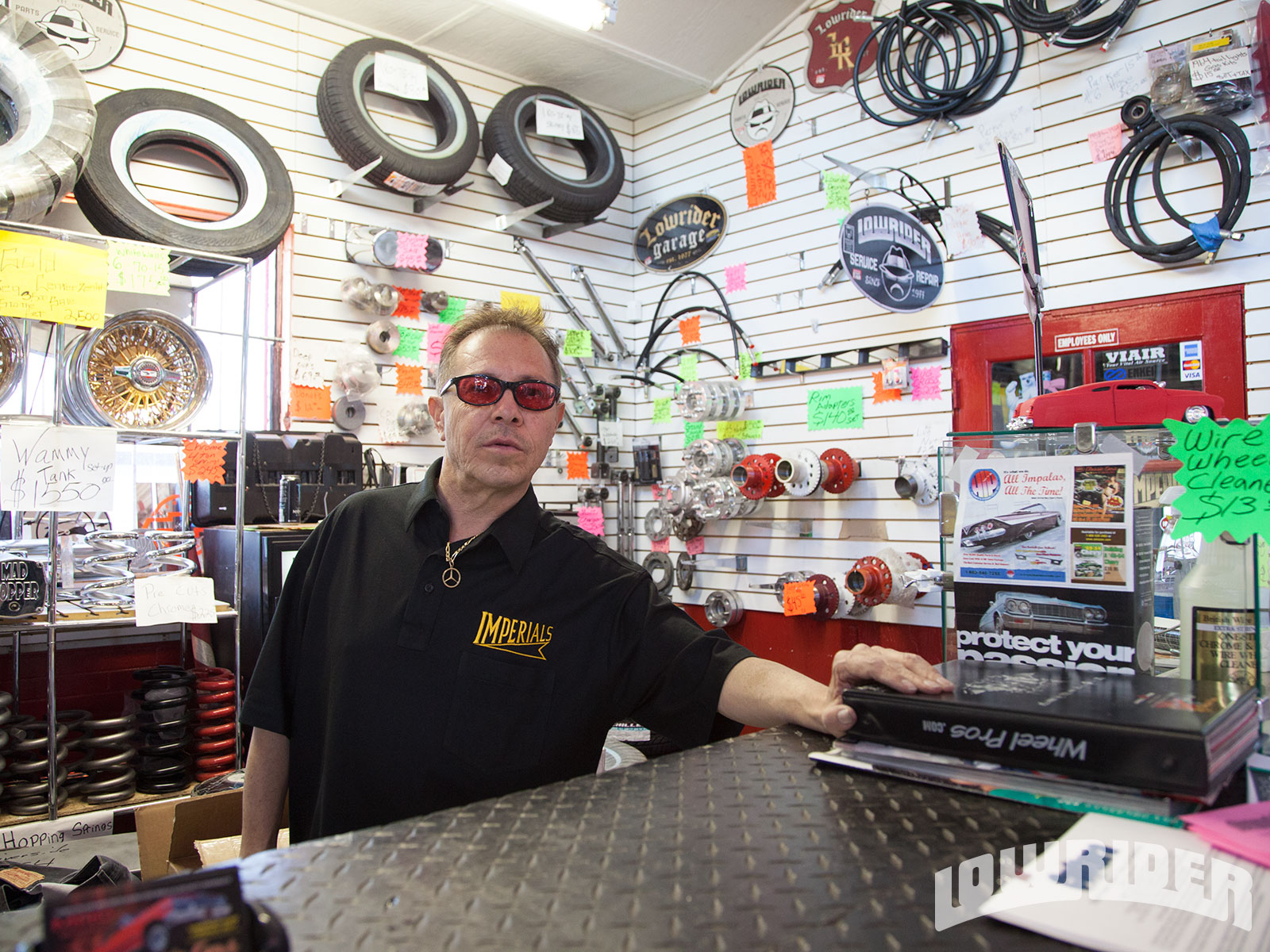 It’s safe to say that the roots of the Lowrider culture run far and deep. From the back alleys of South Central to the desert cities of the southwest, Lowriding has come a long way. Who better to talk about such history than New Mexican Chuck “Chucky” Montoya of Albuquerque, New Mexico? Chucky’s been in the game for more than 30 years and has established himself as somewhat of a local icon for the Lowrider movement in this state. He’s even got a full-blown operation where you can get just about everything needed to build a decent custom car. Chucky sat down with us to chat for an afternoon and needless to say, his oral history of New Mexico Lowriding culture and personal insights are a must-read. Check it out.

“Well, heck. In 1977, the craze was hitting in LA; and my introduction started out when a buddy of mine came in from Espanola, New Mexico. His name’s Cruiser, he’s an older dude, and was a buddy of mine’s cousin who’d come down to Albuquerque back in ’75 or ’76. He was one of the first guys to hit the scene here with hydraulics. He actually drove out to L.A. to get hydraulics from Palley’s; this was way back before Steve Miller’s shop was even opened. On the weekends, he’d take us cruising with him; up and down Central Avenue, hitting his hydraulics and we thought it was the craziest thing in the world. He had a ’63 Buick Electra; it was black and badass with an all-white interior. It looked almost like a Chevy Impala-it was a GM car. Back then I think he used to have chrome Rocket wheels or maybe Astros five-spokes. During a trip to L.A. to visit relatives, I saw a Lowrider Magazine while I was out there and it inspired me to buy my first ’64 Super Sport Impala-and I still have that car! I bought it from an old lady that lived in Old Town for $700.00 bucks. I cruised it stock for a little while, but I was able to score some chrome Supreme wheels. I rode on those until the Tru Spokes came out and I had to have a set. I finally got mine at Parnelli Jones; they were the only shop in New Mexico that sold wire wheels. They actually had them there in the store, and in general, they had a lot of the wires back then, which was rare.

As far as Lowrider custom shops go, there was only one out here in 1977. That shop was Lowrider Hydraulics, owned by Steve Miller and, that same year, I started installing hydraulics in front of my mom’s house. In October of 1980, I opened up my Lowrider shop on Second Street by Menaul Street. I called it ‘House of Hydraulics,’ and eventually moved it to Central and Johnny Lazoya used to drop off copies of Lowrider Magazine to me. Hard to believe so many years later, but I’ve had a shop for 32 years here in Albuquerque! We only did front and back at the time, the side-to-side hookups came later on. I used to buy a lot of my stuff out of L.A. from Hugh Stillman who operated ‘Otto Hydraulics.’ His shop was right there on Firestone Boulevard, in Downey, CA. Our dad would help my brother and I by picking up cylinders and parts, even though he was more into Corvettes, Mustangs and speed, rather than big body cruising. Of course his Lowrider roots were still there, though. In high school, he used to have a 1950 Mercury and he literally took the springs out of the back and he and his friends drove it and drug it all over town like that! [Laughs.] They were like Pachucos and they would drive their Mercs. After he graduated high school in 1958, time passed and he got into the Corvettes and those kinds of cars.

Soon, we were mail-ordering cylinders from D&H Hydraulics; I used to juice the cars out in front of my mom’s house. I bought a set of torches, and back then; they were the only tools you needed for a setup install. I learned by trial and error; initially, we rented some torches and I’d cut some big ol’ holes out for my cylinders. It was funny and then afterwards we started learning more and we’d cut them perfectly, so that they were the same size as the cylinders.

I still remember that day in 1977. I got my driver’s license and that same day, I bought my ’64 Impala. My parents thought I was crazy; cutting cars, and making them go up and down. Yeah, it’s safe to say that my dad freaked out on me. [Laughs.] A lot of people would tell me that [Lowriding] was just a fad; that it was going to go away. Here I am; 32 years later, and I’m still installing hydraulics and airbag suspensions. I’ll probably do this until I can’t do it anymore. Seriously.”