Newsletter
Sign Up today for our FREE Newsletter and get the latest articles and news delivered right to your inbox.
Home » 2006 Harley Davidson Road King – La Reyna Del Pacifico 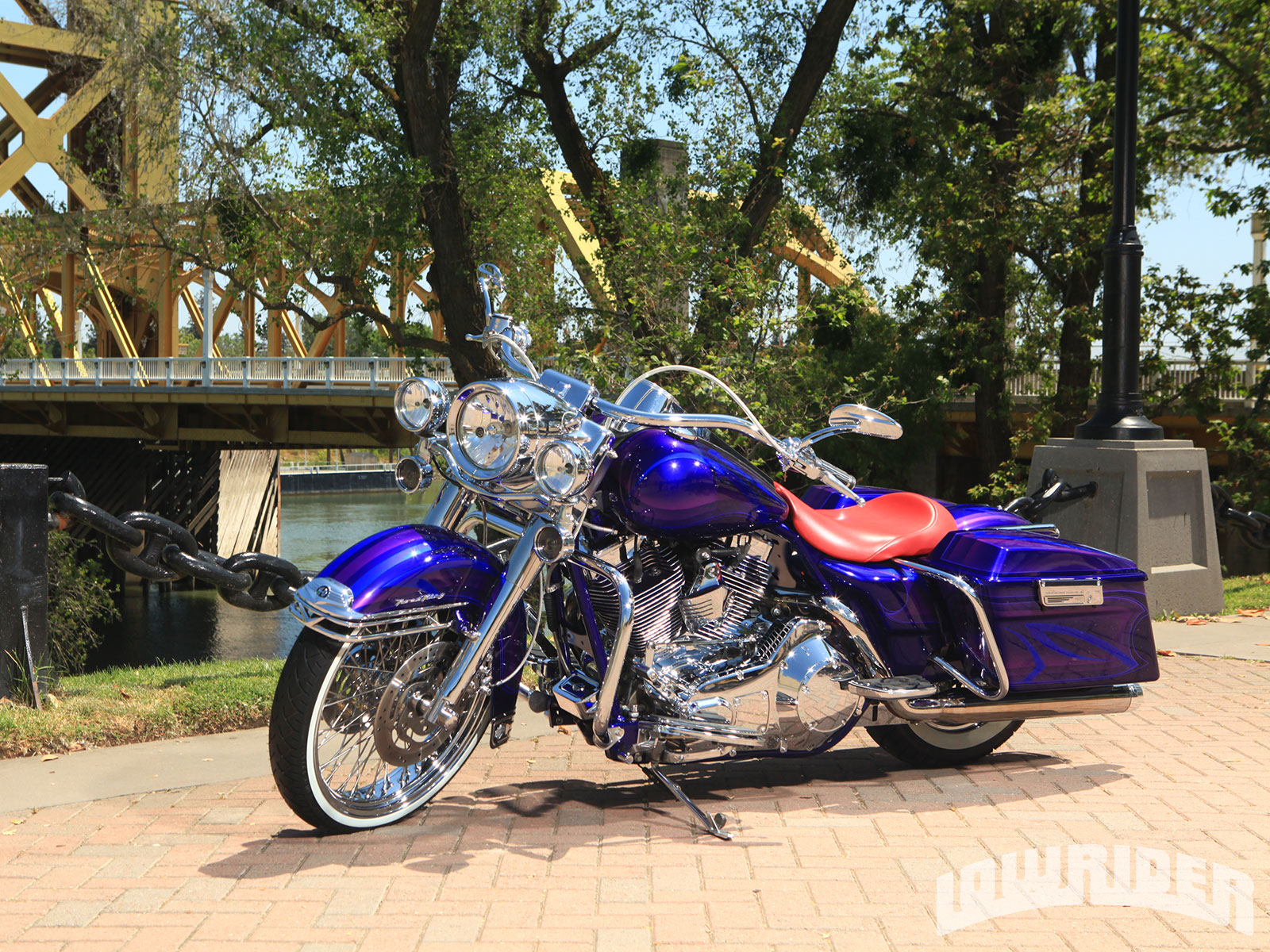 Nothing can explain the feeling of riding on a motorcycle unless you have experienced it. This sentiment can be echoed by Israel Ramirez of Sacramento, CA., a veteran rider who recently restored and customized his 2006 Harley Davidson Road King. Being no stranger to the open road, Israel got an opportunity to buy a new bike and he jumped on it. Israel purchased the bike as a stripped repo at a local dealership auction for $1,600, and he had his work cut out for him. He planned on going through the whole bike in order to customize every part of it and truly make it his own. With his wife’s blessing, Israel got started on the project. Bob Lanois tore down the bike, between bike swap meets, eBay, and Craigslist, Israel found and purchased all of the parts he needed.

The one-year project featured a re-built Harley engine with a diamond cut finish and Rinehart exhaust. The complete bike was taken apart allowing the paintjob to be thorough enough to truly make an impact. Peewee of King City Body and Paint did the bodywork, and the elegant paint scheme was sprayed and striped by Carlos Lima. With so much paint, a balance of chrome was essential and that was taken care of by Francisco Paz of Classic Chrome, who made sure that the Harley parts accented the paint. To give the bike that custom Lowrider style look, it was hooked up with HD accessories and some wire wheels, which gave it style for those sunny summer cruises. These are the same cruises that embody the freedom of riding an American icon, just ask Israel.