Newsletter
Sign Up today for our FREE Newsletter and get the latest articles and news delivered right to your inbox.
Home » 2002 Harley Davidson Road King – El Rey 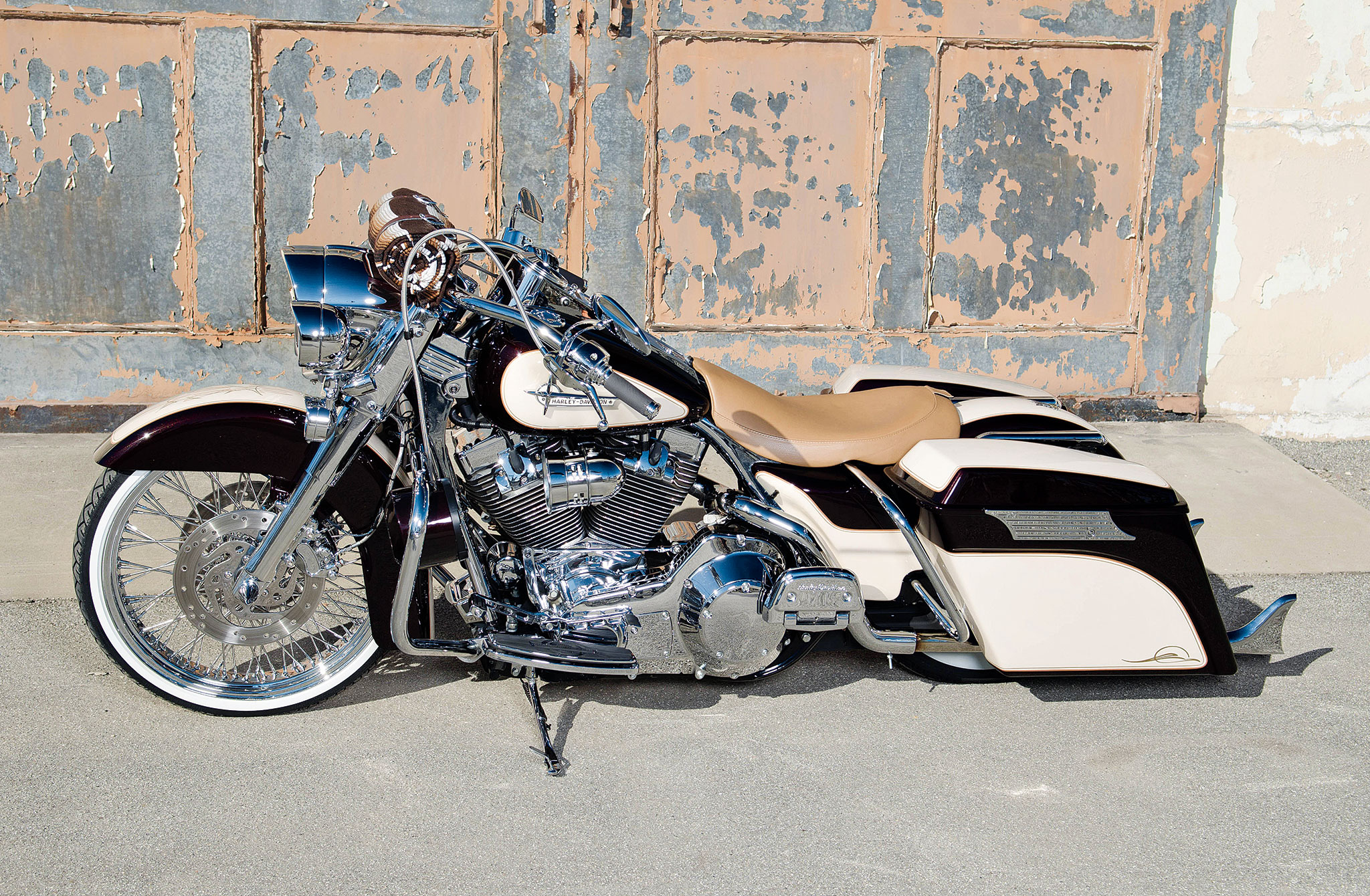 The Harley Davidson Road King is popular among motorcycle enthusiasts for its comfort, durability and strong aftermarket support. Big Al, from Chino Hills, California, is the proud owner of this 2002 Road King he christened “El Rey” (The King) after purchasing it completed only to add some personal touches.

With help from his friend Little Frankie, Big Al located the Harley on Craigslist and after seeing that it was already built, he bought the Harley and was ready to hit the block…well, almost. The first order of business was a new custom paint job.

Little Dino, connected Big Al with Seth at Aggressive Designs -a shop with a reputation for one-of-a-kind paint jobs. Dave, from Aggressive Designs, added his fine lines to finish off Seth’s paintwork with some clean pinstriping. Before seeing the light of day, the Hog also received an air-ride kit for cruising comfort and a slammed stance when parked.

Next on the agenda was to add some flare in the form of diamond cut heads and a set of Samson 36-inch exhausts. Big Al also swapped the stock front wheel and tire combination for a 21-inch sixty-spoke roller and ditched the factory bars for a pair of 36-inch beach bars. Since sitting right is also key, Westminster Upholstery, in Anaheim California, covered the Harley Davidson seat with tan leather to compliment the two-tone paint.

After months of hard work Big Al debuted “El Rey” at a local event in 2012 and the response was overwhelming, as it took home a 1st place trophy in the People’s Choice category. The win at the show solidified Big Al’s decision to wait to bring the Road King out before his personal touches were complete.