Newsletter
Sign Up today for our FREE Newsletter and get the latest articles and news delivered right to your inbox.
Home » 2005 Harley Davidson Road King – Sex A Peel 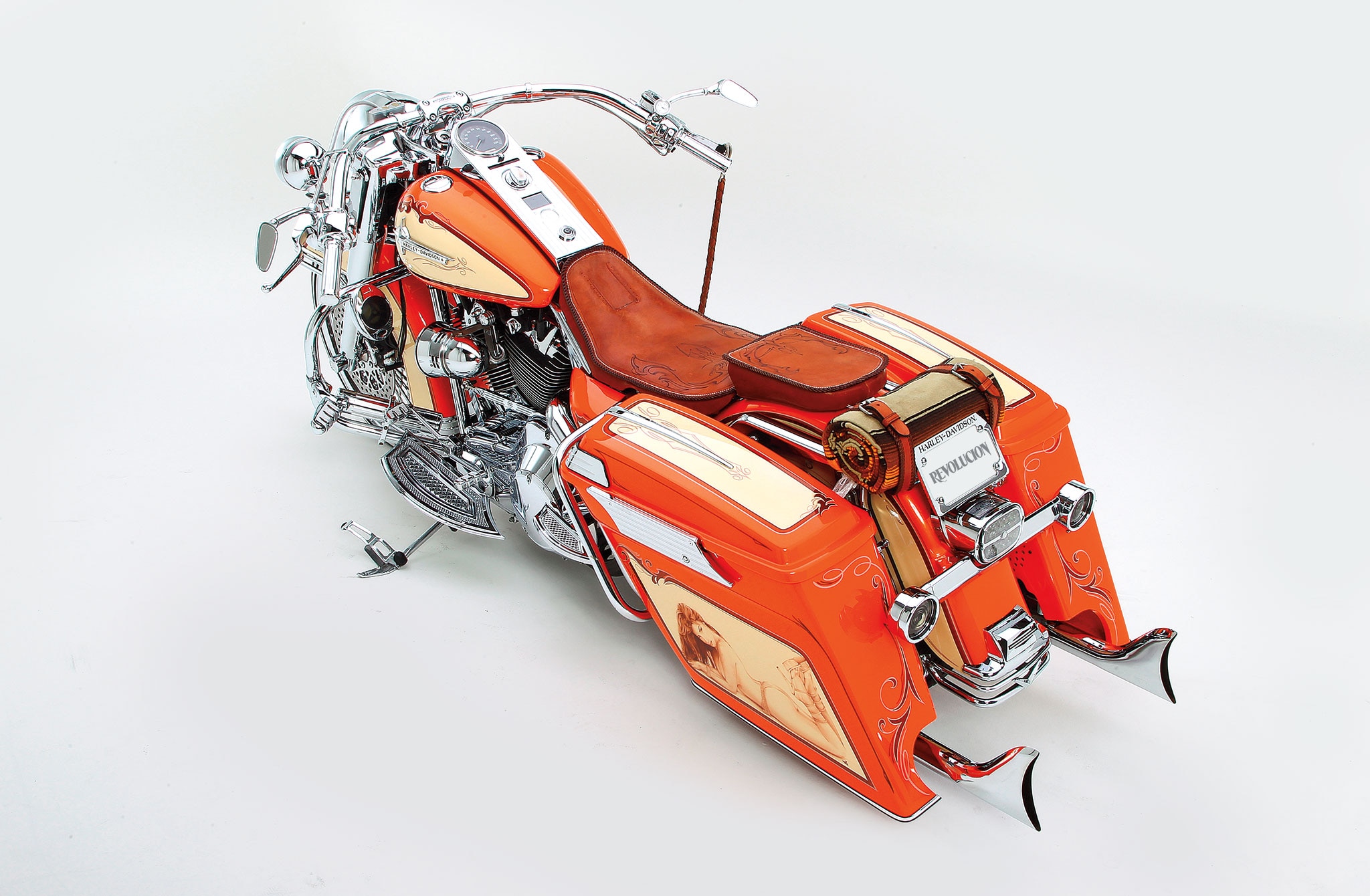 Color fads come and go. Sometimes, what seems to look good on a household appliance can make its way over to a custom paint job, leaving people scratching their heads in confusion. There is a certain risk to going bold with your color scheme, but when it pays off, it does so in a big way. Enter this latest creation from Albert Acosta; a stunning and classy paint combo that leaves his Harley Davidson forever ingrained in the minds of all who see it. Even better is the fact that while Albert Acosta’s 2005 Road King might not be the most expensive pony in the pen, the simplicity in the bike’s design is what makes this stallion truly stand out.

Paint is always the foundation for custom excellence, and it is this aspect of the build that usually yields the biggest impact. For Albert’s bike, it’s the mix and match of the two-tone paint that gives his Road King that truly classy, timeless look. Inspiration can come from just about anywhere, and often the spouse has a hand when it comes to color choices, thanks to the daily viewings of a bike in a shared garage. “Initially, I was going to paint it a real light baby blue color. Then I saw that orange and it caught my eye, plus my wife’s from Orange County and she told me to paint it orange!” She was right, as the combo of the orange and creme looks good enough to eat, packs as much power as a Pacquiao punch, and is as classy as a ’59 rag.

Like the bike, Albert is low and lean and needed a seat height to match. For that, he sought the skills of an unlikely of source, a saddle maker. “I added the Platinum air ride, and I’m a short guy so it helps me to get my feet on the pavement. The seat is my stock seat and I cut it, then took it to a guy that does saddles and had him redo it. It’s breaking in now. When I first got it, I could probably go about two hours before I would go numb. I can ride it to Vegas now, no problem.”

Add in some custom murals of some sexy senoritas by Edgar Rodriquez and some beach bars and the whole package looks better, and far beyond the dollars invested. Albert’s bike goes to show that it’s not the cost of the parts that defines the class, but the sum of the style.

Special thanks: Special thanks to my wife for putting up with me. Thanks to all the fellows who helped as well.