Newsletter
Sign Up today for our FREE Newsletter and get the latest articles and news delivered right to your inbox.
Home » Record City To Old School City 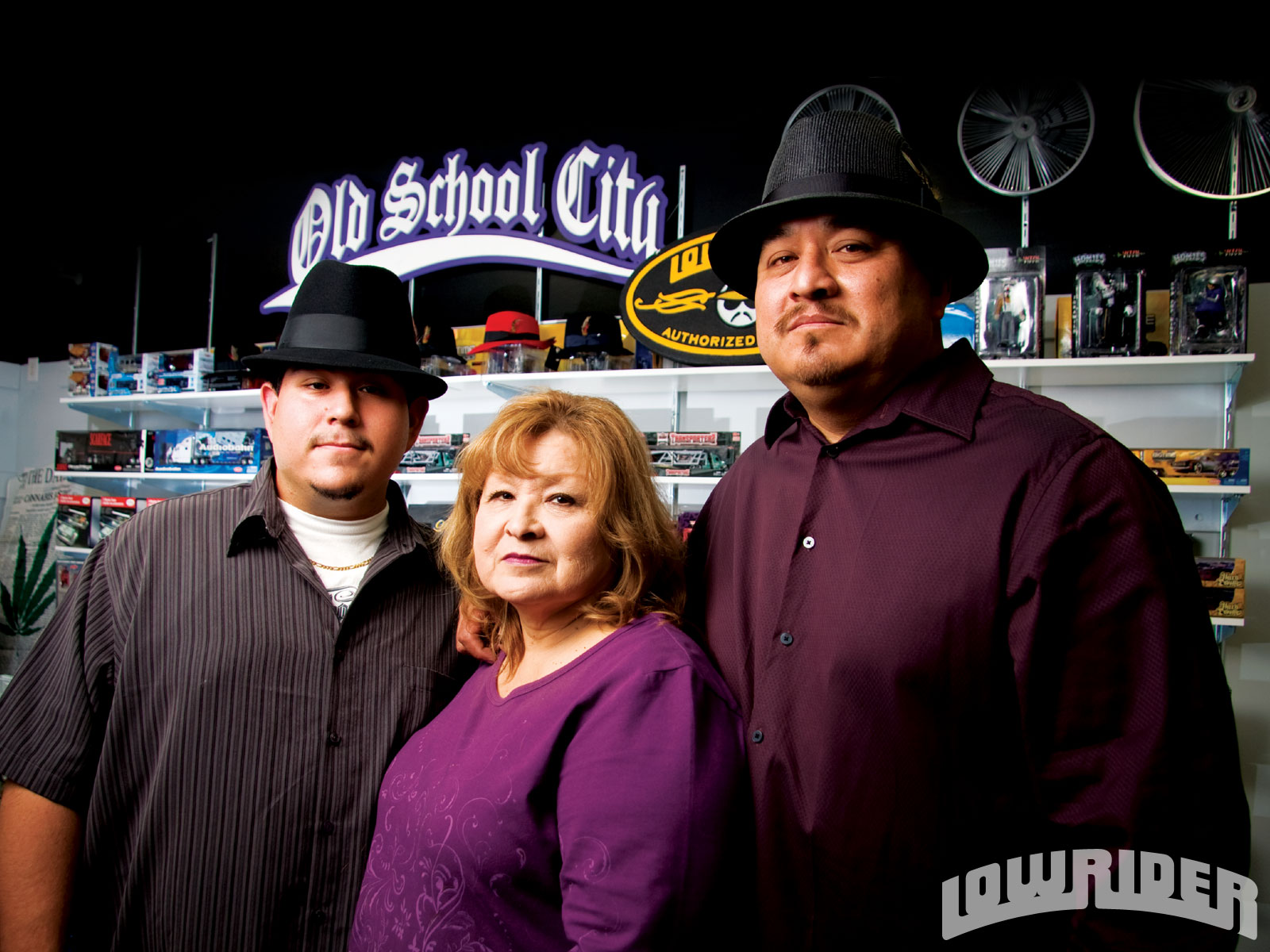 In the 1950’s, my Grandfather would go to the bars in San Antonio, Texas and bring my Father, Joe, along with him. My father was a young boy at the time, but despite his youth, he was a savvy entrepreneur. Even from that early age, he was always on his feet and looking for a way to make some extra money. As my Grandfather would enjoy the company of his friends, my Dad would set up shop and shine shoes for the rest of the patrons at these bars. He didn’t stop there, as he would take that extra income and invest in other business opportunities, rather than spend it foolishly. My Father was as intuitive in his personal life as he was in his professional life, and in the 60’s, my Father met my Mother, Linda Aguilar. A couple of years into the relationship, they married, and soon started a family of their own.

Shortly after the start of the family, my Mom and Dad decided to relocate us all to Phoenix, Arizona. Phoenix served as the perfect location to house my father and mother’s lifelong dream; their very own record store. In order to gain some experience toward this goal, my Father got a job with a local record distributor, ADI. He was initially employed by ADI as a Sales Rep and Delivery man. Thanks to his knowledge of the Tejano music scene, he advised the distributor’s buyers on which artists to look into, and which artists were out there making waves in the Latino community. Now that Joe’s foot was in the door, he and his dedicated wife, Linda, were ready to open up shop. In 1973, they found a small, 600 square foot storefront across from a local grocery store on 16th Street and Mohave, near Central Phoenix. They rented out the space and called it “Record City & Clothing.” Record City would specialize in LP’s, 45’s, and 8-Track tapes, and would carry oldies, Tejano, & R&B. My Mom, Linda, would run the store, while my father would be working on new ideas. In addition to having self-taught merchandising skills, my parents built the store’s layout with a limited stock of LP’s and records, and spread them out to make the store look more fully stocked. Little by little, people found out about Record City and thanks to this word of mouth, business took off.

As our store and customer base grew, we added additional merchandise like t-shirts, khaki pants, record player accessories, brims, and fedora hats. The products we sold in the store were unique, as the styles of clothing with custom lettering, and the oldies music were not so easy to find in the Phoenix area at the time. Personalized service at our shop also kept our customers coming back for more. Our music knowledge was extensive enough that I can remember a time when a customer was looking for a particular song and they weren’t sure of the title or artist. With just a few words from the song, our experienced staff was able to find it for them. This became the type of service our customers could always count on, and along with the great personalities of Gilbert Lozano, and my parents, our customers loved to come in, hang out, and pick up a new record.

In the late 1970’s, we were looking for more cost effective ways of advertising that would help to promote our new location. Lowrider was an up and coming magazine at the time, and they were working on setting up the first of what would become many legendary car shows in the Phoenix area. We came on board as vendors for that first show, and it was the first car show we ever attended. The car show booth was a great success, hitting 100% of our market. This became a whole new business in itself, and we began to set up at every show on the Lowrider Tour, and also began doing every other car show in between, from coast to coast. Our experience with the Lowrider show also led to us becoming one of the first distributors of Lowrider magazine in Arizona.

As years have gone by, the Lowrider culture has slowly gained respect and popularity in the general market place. You can now find Lowrider culture-inspired toys, shirts, and anything else imaginable in big box retailers across the country. Just a few years ago, this would have been unheard of, but with these advancements, a whole new opportunity has arisen for manufactures to cash in on this growing movement. Manufacturers have been creating and manufacturing t-shirts, toys, car accessories, and various other products to serve this new market.

The expansion of all things Lowrider has been good for us, as we can rely on these new items to keep things going fresh and strong, in order to help us keep our young customers interested and involved in the Lowrider culture. In the 90’s and again in 2004, we attempted to open up a store in the mall, and we faced much resistance in the process. This resistance was due in part to some of our opposition’s stereotypical views to the Lowrider lifestyles. One leasing agent told us, “The products from your store would bring in the type of customers we have been trying to get rid of for years.” Angered and even more determined to open a store in a mall, we tried again. We finally got our break in 2005, when we were able to open a location at Metro Center Mall in Phoenix, AZ.

In an effort to reinvent ourselves, we cut our records and tapes inventory and opened up our 2nd location under the name “Old School City.” The response was amazing. People of all ages and all races would stop by and compliment our store. To this day, we have people telling us they have never seen a store like “Old School City.” It’s basically taken on the form of a Lowrider culture headquarters in a 4,500 square foot space.

From the beginning, we have been a family operated business, but we’ve also had the pleasure of staffing some great employees that have become like family to us as well. My job is to manage the day to day operation, and my wife Diana Aguilar, and four boys Willie Jr. David, Victor, and Alex are all part of the sales staff. We all work hard to help out each other at the store locations and at the car shows.

As we look into the future of our business, we hope to answer our customers’ overwhelming request of establishing “Old School City” stores in many different states. We are also looking into the possibility of franchising the “Old School City” name to other businesses that are looking to open up their own stores. If you are interested, please send us an email at sales@oldschoolcity.com.

Features A Message To Our Community