Newsletter
Sign Up today for our FREE Newsletter and get the latest articles and news delivered right to your inbox.
Home » John “Cudda” Patrick – Individuals Car Club 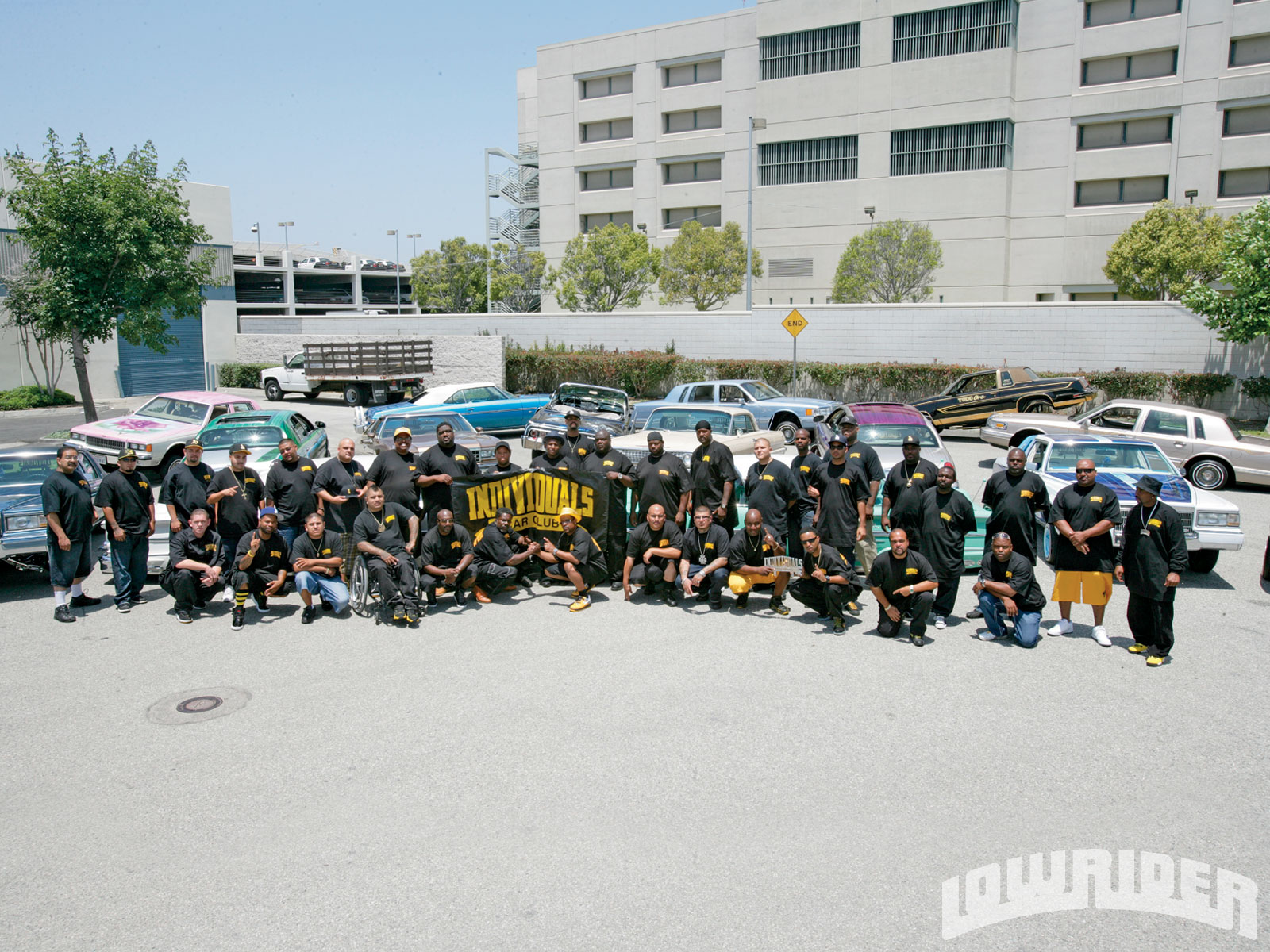 When the Individuals Car Club was born in the streets of Los Angeles back in 1976, nobody ever expected it to be as strong as it is today, boasting an amazing twenty six chapters nationwide. In the club’s early days, founder John “Cudda” Patrick created the name “Individuals Car Club,” and the definition behind the name speaks for itself. He envisioned the club members expressing themselves as an individual, while still coming together as a group of “Individuals.” These ethos allowed the members to be who they were, while they contributed to the group’s identity and goals, making the Individuals Car Club one of the most unique, and enduring car clubs in Lowrider history.

When Cudda got his start within the Lowrider scene, he was only fourteen years old. He found himself surrounded by his older cousins, who were Bomb aficionados. His primos had the ’54s and the ’49s, and they definitely kept those glass packs purring while out on the nearby boulevards. Cudda’s taste differed from that of his cousins, as the younger Lowriders at the time were into the ’63s, ’64s, ’65s, as well as the T-birds, Malibu’s, and Skylarks. He followed suit, taking an interest in these newer models as his favorites.

There’s always been the rumor that the Individuals started off by cruising in “Glasshouses,” and Cudda explains why. “The “Eses” were rolling the Thunder Birds and LTD’s with the big noses, [but] no one was rolling them ‘Houses,” he recalls. “I was one of the first guys to have one, [since] they were brand new cars back then. Then Rod & Calvin Parker of the Majestics got one. After that, they started to pop up, but for a long time we were the only ones with the “Houses,” explains Cudda. In addition to the Glasshouses, the club had several ’72 Caprices, Impalas, and several other different models as well.

Cudda ran the club for 7 years before stepping away to raise his family. Cudda laid his plaque down in ’82 or ’83, and at the time, the club had only one chapter. An ambitious member of the club named Charles Clayton persuaded him to let him take on the responsibilities of running the club. Cudda agreed, however he insisted that his presidency hinge on upholding a few conditions, some of which are still enforced today. Before putting his 1976 Glasshouse away, he explained that the club was the stepping stone for members to leave the street life, so if the club was to be successful, he insisted that there should be no gang ties to the club. That decision helped the club blossom to what it is today.

Charles took Cudda’s lead and ran with it, which helped him take the club to the next level. Charles accomplished several things as the President, and the first thing he did was to design the club’s plaque, giving it a look that is still used to this day. The plaque featured a pyramid shape with the center “I” being the middle point. Charles also adopted black and gold as the official colors of the club. With the plaques fresh from the mold, and legendary cars like “8 ball” on his side, Charles caught the attention of some youngsters out in the San Fernando Valley and the La Puente areas. These two places soon became homes to the first new chapters of Individuals, and they would instantly up the profile and visibility of the club. These chapters had vehicles that would soon become featured in some of hip-hop’s most iconic videos, including Kid Frost’s “La Raza,” Dr. Dre’s “Let Me Ride,” and Snoop Dogg’s “Gin and Juice.”

Now before you get the impression that these chapters were only about publicity, it’s important to note their contribution to design as well. These chapters could also be given the credit for designing the Euro clip Cadillac 2-door conversion, which is still popular among today’s enthusiasts. They were the first to convert the cars, in fact, they also built the first Euro Le Cabriolets, becoming modern day trendsetters in the process. The La Puente chapter also became the first chapter to have a big body Cadillac featured on the 2000 Lowrider Magazine cover. Both of these chapters were notorious for being on Crenshaw, and for not being afraid to hit the switch on that legendary strip, either. This was a great time in the scene, when Switchman became famous for his ’80s Caprices, and held the club name for all to see on the “Yung Hog” and “Cali Swangin'” videos. All of this exposure helped to start up the additional chapters of Individuals that are out riding today. These chapters include the following places: Los Angeles, Ventura County, San Jose, Sacramento, Phoenix, El Paso, San Antonio, Dallas, Houston, Oklahoma, Saint Louis, Arkansas, Kentucky, Indiana, Portland, Orlando, Miami, New York, New Jersey, Virginia, Chicago, Atlanta, Mississippi, Louisiana, Canada and Japan.

Today the club’s different chapters mimic the mother chapter founding by-laws, as they bring a collective individualism to their states. Building quality automobiles, and promoting a diverse membership has really helped this club grow into the positive club that it is today. They should be able to keep growing at this pace, thanks to the efforts behind annual events like Oklahoma, St Louis and the Phoenix chapter’s picnics, which bring in the local lowriding community. These events only promote the positive side of Lowriding, something that this club was initially founded on.

From one chapter, to twenty-six chapters across the United States, Canada and Japan, Individuals Car Club has grown at an amazing and steady pace over the years. Today the club thrives, thanks to the strong members and individuals that constantly roll to the fullest, exceeding any and all expectations of the club upon its initial establishment. As long as this club can keep their positive mentality and diverse membership, we can rest assured in knowing that we will see this legendary club at the forefront of Lowrider Culture for another 30 years. Keep up the good work, Individuals!