Newsletter
Sign Up today for our FREE Newsletter and get the latest articles and news delivered right to your inbox.
Home » Resurgence On Route 66 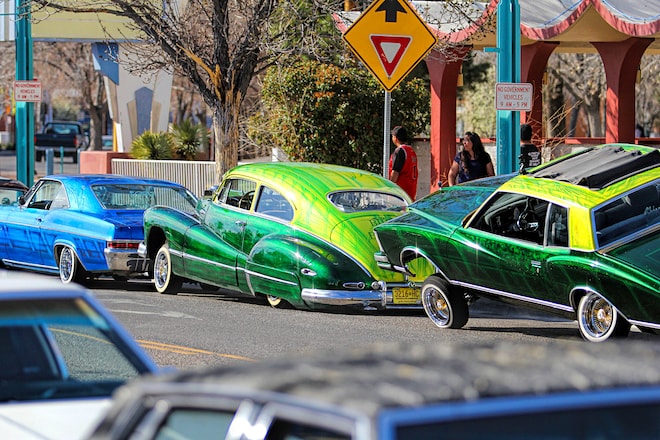 U.S. Highway 66 has many names, from Mother Road to the Main Street of America, or as I like to call it Route 66. Route 66 starts in Chicago and travels across a total of eight states, ending in Santa Monica, California. In 1938, it became the first highway to be paved from start to finish. Before this time, most other highways were gravel or graded dirt. The route passed through many small towns all along its 2,448-mile stretch. With the increase in traffic in these small towns, service stations, restaurants, motor courts, and mom-and-pop businesses popped up almost overnight. This was the way to the west and a main artery to do so for almost 30 years.

The beginning of the end of Route 66 started in 1956 when Dwight D. Eisenhower signed the Interstate Highway Act. With the increased traffic on the new highways after World War II, the old highways were not large enough. More sophisticated engineering led to bigger and faster roadways. As you noticed I didn’t say better, because ultimately this led to the demise of all those roadside attractions that made Route 66 so great. A lot of small towns became ghost towns because the newly built interstates were passing them by. Gas stations and motor courts closed down and people began moving to larger towns.

So, how does this tie into cruising? Well in one part of the Southwest there has been a bit of revitalization to the cruising scene on an original stretch of the Mother Road. Downtown Albuquerque on Sunday evenings has become the spot to be if you love looking at classic cars cruising up and down the street like it used to be. People come from all over town and even the state for the annual spring daylight savings cruise and other events. This part of town, up until a few years ago, was kind of a ghost town on Sunday evenings. But a local business owner set out to change that.

So what makes this the place to be? To be honest, it’s hard to say. Maybe it is the look, the feeling of being taken back to yesterday, the old buildings, the curbside parking, or the small two-lane road. I don’t know for sure. I do know that Sparky Dawgz seems to be the spot where everybody wants to hang out. Steven “Sparky” Gomez with his restored 1963 Serro Scotty Camper sells some of the best hot dogs in town; along with his Smile Now Cry Later Chile. Sparky sets up on the corner of 7th and Central at the old Firestone and fills the parking lot with some of the baddest cars in town. People come out and chill along Route 66 and admire all the other cars passing by. But it’s not just about the rides, “It’s also about seeing old friends and making new ones,” he says. “I have met people from all over the world.”

Even though this resurgence is moving in the right direction, it has been hit with some major roadblocks, or should I say barricades. Let me explain, Albuquerque, like many other cities across the U.S., has cruising ordinances. Albuquerque states you cannot pass a certain area three or more times in an hour and half time frame. If you do, you are subject to a fine. Well, with more and more people coming and hanging out downtown, local business owners and residents started complaining. With such large crowds, law enforcement started putting up barricades instead of policing the area. This turned the area back into a ghost town.

“This is not the direction we want to move in,” Sparky say. So many times lowriding and cruising get a bad rap. So Sparky and Lorenzo “House” Otero are trying to change things. House contacted city councilor Klarissa Pena to see what needed to be done to change the law. Pena knows that cruising is entwined into the New Mexican culture. Pena and her husband are often out cruising through downtown in her classic Cadillac. She, along with Issac Benton, put forward a resolution for a cruising task force. This task force will include law enforcement, business owners, residents, and cruisers. It will look into complaints and solutions from all sides and try to come up with a resolution that will make everyone happy. We want to establish a set of guidelines for what we are calling “responsible cruising,” House says. “We know when you get this many people out enjoying what we love, it will be hard to make everyone happy. We have people from all around the world coming through Albuquerque cruising Historic 66. They see these cars and are amazed. Taking pictures and hanging out like the rest of us; they are having a great time and so are we. We hope to keep this responsible cruising movement moving in the right direction,” House says, and it seems to be. In January of this year, newly elected Mayor Tim Keller signed the bill for the cruising task force to move forward. However Sparky says only time will tell. We’ll be watching this closely to see where it goes.