Newsletter
Sign Up today for our FREE Newsletter and get the latest articles and news delivered right to your inbox.
Home » 5th Annual Pachuco Car/Motorcycle Show and Concert 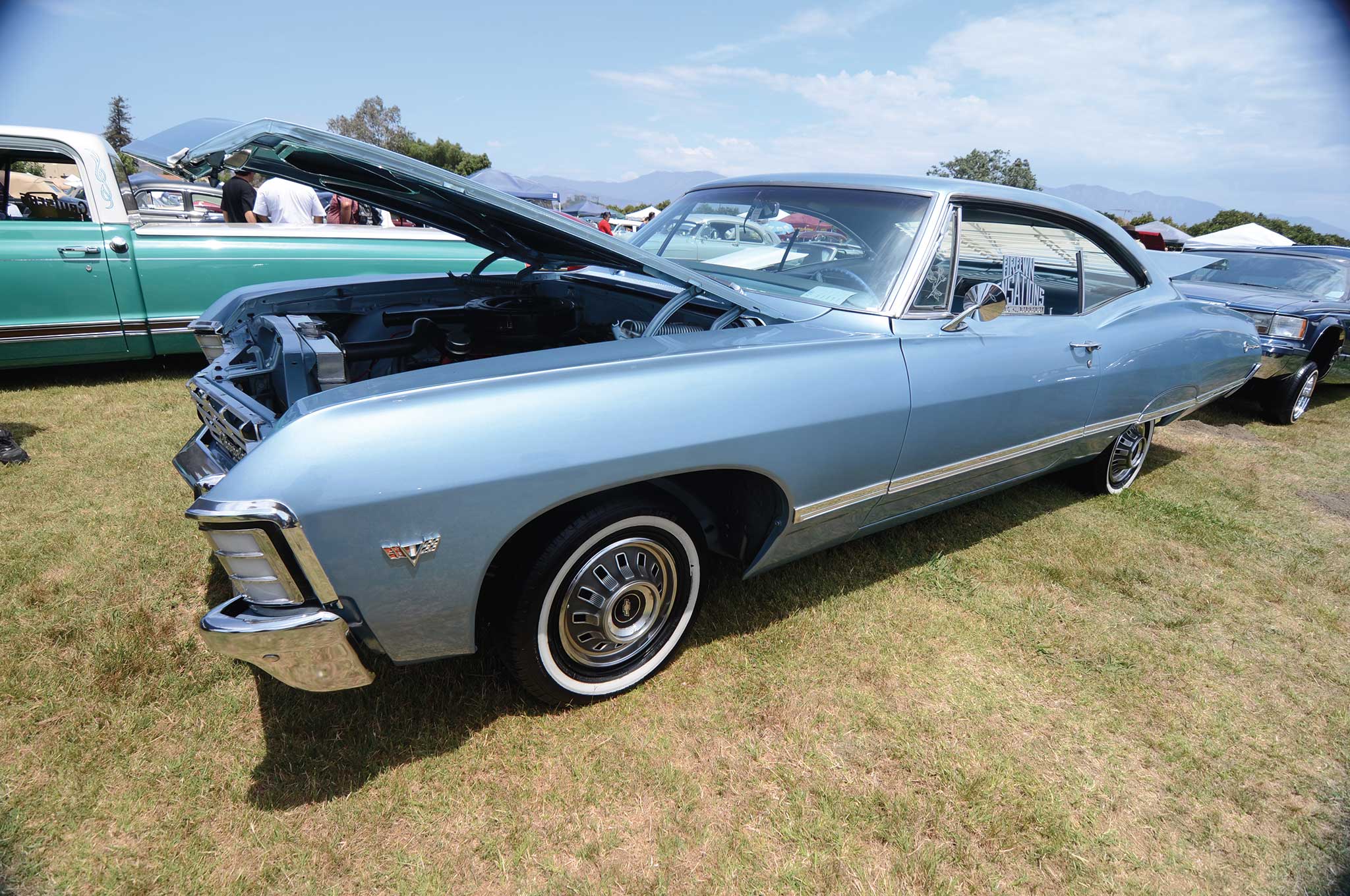 It was a great day for a car show at Briggs Elementary School in Santa Paula, California. The event was hosted by Pachuco Car and Motorcycle Club. It was their fifth annual fundraiser, concert, car, and motorcycle show held in Ventura County, called Groovin’ on a Sunday Afternoon. The day was filled with so much entertainment.

Besides all the beautiful rides, the concert captivated the audience’s attention. The performers consisted of the band Juano and Friends that featured Ray Corrion (former lead guitarist of El Chicano and LA band Thee Latin All Stars), Hank Castro (former singer of the Midnighters), Bobby Loya (trumpet player from Tierra), Tex Nakumura (former harmonica player from War), and Rocky Padilla. From the East LA Revue Feature Page Internet radio was MC/DJ Frankie Firme, Sugar Bear, and DJ Time Bomb. There was also a dance performance from Brian Lee and the Hollywood Hotshots professional dance group. They had pony rides for the kids, jolly jumpers, food booths, and a variety of vendors.

It was a great turnout, solo riders and car clubs came from Ventura County, San Fernando, Santa Barbara, Bakersfield, and Los Angeles. Also in attendance were Pachuco chapters that traveled all the way from San Diego, Ensenada, Mexico, Texas, and Las Vegas. This year a member from their Texas chapter, Ricardo “El Gallo” Garcia, passed away. It was decided to dedicate the show in his honor and celebrate their brother Ricardo’s life.

As per Robert Babo Martinez, the spokesperson for the Pachuco Car Club Ventura County said, “This was a day of peace, unity, and respect throughout the lowrider Chicano culture. It was a great day of people having a good time, all coming together to raise funds for the school’s educational programs. Pachucos making a difference for the better of the communities in which we live.”