Newsletter
Sign Up today for our FREE Newsletter and get the latest articles and news delivered right to your inbox.
Home » Oklahoma Summer Bash 2019 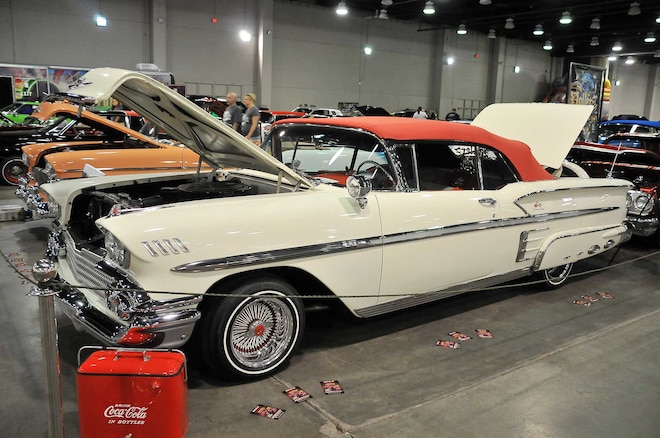 Taking a five-year hiatus from throwing a lowrider event can be a show killer but Gustavo Julian and his Illegal Toys club beat the odds. In 2005, Illegal Toys held their first lowrider show in Oklahoma. The show ran until 2014 when the club decided it needed. After a five-year absence, Gustavo and his crew came back with a bang, topping their largest number with around 400 entries.

The show was relocated to its first indoor arena at the Cox Convention Center in downtown Oklahoma City. GT Garza, Beatriz Gonzalez and headliner Slim Thug took the stage to keep the ever-growing crowd entertained. Food venders were set up at the show to make sure everyone had great food options.

Gustavo and the Illegal Toys club wish to thank everyone that showed up and made the Oklahoma Summer Bash the best it’s ever been. His hardworking staff and family worked hard to make everything flow smoothly. Plans are already in the works to make the 2020 Summer Bash even more successful with new artists and more fun.