Newsletter
Sign Up today for our FREE Newsletter and get the latest articles and news delivered right to your inbox.
Home » Lowrider hunting at SEMA 2013 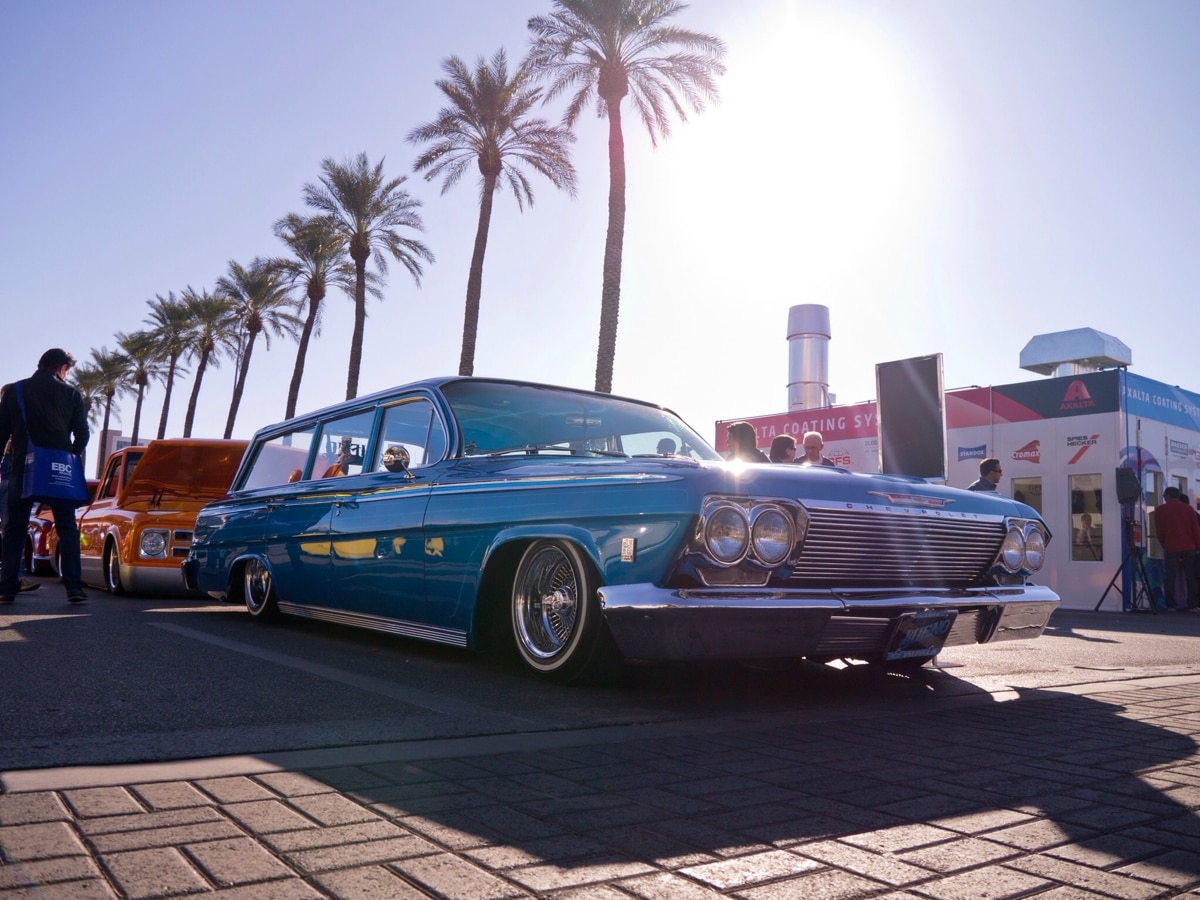 Putting the two words “Lowriders” and SEMA together in the same sentence has never been something that has been easy. SEMA is primarily a venue that seems to best suit everything BUT the Lowriding culture. Considering that our own Lowrider Super Show takes place in Vegas just a few weeks before the SEMA show, it’s no wonder that SEMA vendors don’t really showcase the Lowrider culture in their product line-ups.

That being said, however, Air Ride suspension is becoming exponentially popular in the car scene and the lines between “Tuner” and “Lowrider” are slowly starting to blur. We wanted use this SEMA as an opportunity to do some Lowrider hunting of our own and see what was out there. While many of these cars may not be done in the traditional Lowrider fashion, if you squint just hard enough, they might start to resemble something that looks very familiar.

Let us know what you think in the comments section below.