Newsletter
Sign Up today for our FREE Newsletter and get the latest articles and news delivered right to your inbox.
Home » Lincoln Park Day: A Cultural Hub 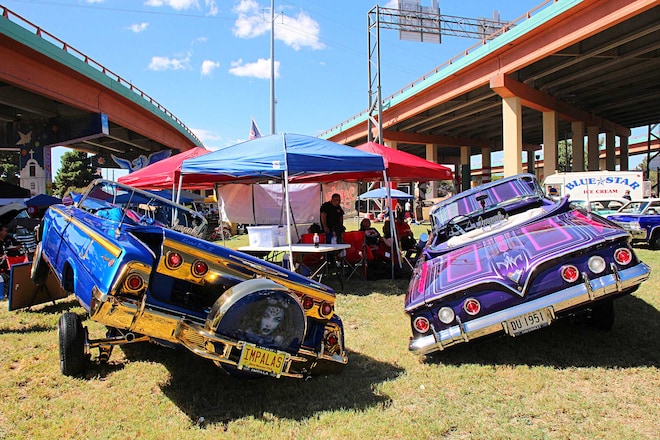 Lincoln Park Day has become an annual festival in El Paso, Texas, that celebrates the traditions of both Mexican-Americans and Chicano history. In what can be considered one of El Paso’s most anticipated annual events, the venue attracts thousands of people who travel from California, Phoenix, and Oklahoma. Complete with music, art exhibits, and vendors, it’s a sight to see, but an experience to remember and cherish.

Known by locals as being the symbol of a once-vibrant cultural mecca that is rich with history, Lincoln Center and the adjoining park played host to the festivities, featuring one of the region’s largest lowrider car shows. From traditional to radical, coupes to rags, the show features a good sampling of some clean builds. In addition, the show attracts over 200 Matachines from El Paso, Juarez, and Nuevo, Mexico, with a highlight feature performance by Danza Azteca Omecoatl.

The Lincoln Park conversation committee along with the Latin Pride Car Club would like to thank everyone who made this special event possible and they’d like say mil gracias to la gente de el Chuco y Juarez for always supporting them and making Lincoln Park what it is today.