Newsletter
Sign Up today for our FREE Newsletter and get the latest articles and news delivered right to your inbox.
Home » San Diego’s City Car Club Picnic & Car Show 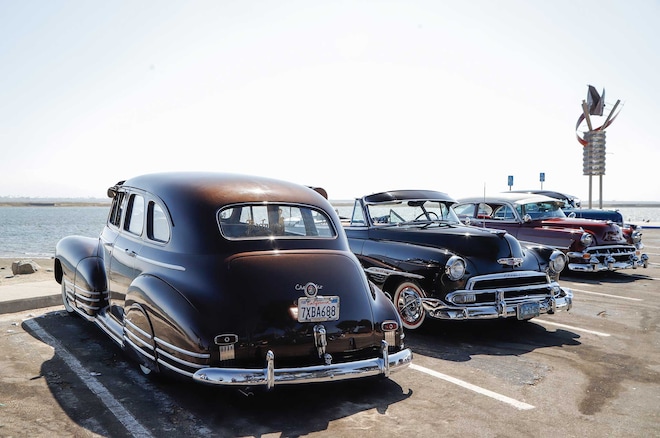 It’s hard to believe that City Car Club has been around for over 40 years, having been established way back in 1978 when they first hit the streets in San Diego. Their new president, Frank Martinez has a huge respect for all of the original members and has been working hard to communicate and gather many of them to participate and share the legendary moments of their car club history with its new members.

City was the first club in San Diego, under the leadership of president Hector Uribez, to hold a huge, spectacular show at the downtown Community Concourse. This all-indoors affair brought out the best line up of car clubs from all over, including Lifestyle C.C., who always made sure to support this prestigious annual show. Back then, City C.C. ran strong for seven years until life and marriage took its toll on the original members but now they’re back and on a new road to revitalize and grow with a new generation of members.

Awhile back, it was time for a celebration of their past and present membership, so the club decided to host a Picnic & Show and invite many of the clubs from the lowrider community’s surrounding areas.

To start the off the day’s festivities, DJ Rambo ( Fernie Lucero ) put on all of the oldies hits, getting people to jump out there and dance while Slick Rick from Switch and Ruben fired up the grill to feed all the hungry that had gathered. The Unique Ladies Car Club donated their time and helped out with serving up the mases whileRuben  from City and his family took care of the huge raffle of gifts that each member donated.

There was also Anna’s Hats that donated some hats to the club and the original members of City donated a set of wire wheels and New York steaks for the BBQ. Carlos from City and his family took care of the fantastic t-shirts that were designed and printed to celebrate the clubs family reunion picnic.

All of the officers and members from City C.C. were happy to work at this event from the beginning set up until the clean-up at close. This memorial event was dedicated to passed on member Benny Girdly, who was lost to Cancer but was there in spirit and will never be forgotten. You can be sure that this event will become an annual Show & Picnic because the letter “C” in City stands for commitment, so we’ll see you next year!