Newsletter
Sign Up today for our FREE Newsletter and get the latest articles and news delivered right to your inbox.
Home » Carnales Unidos 40th Anniversary – Four Decades and Counting 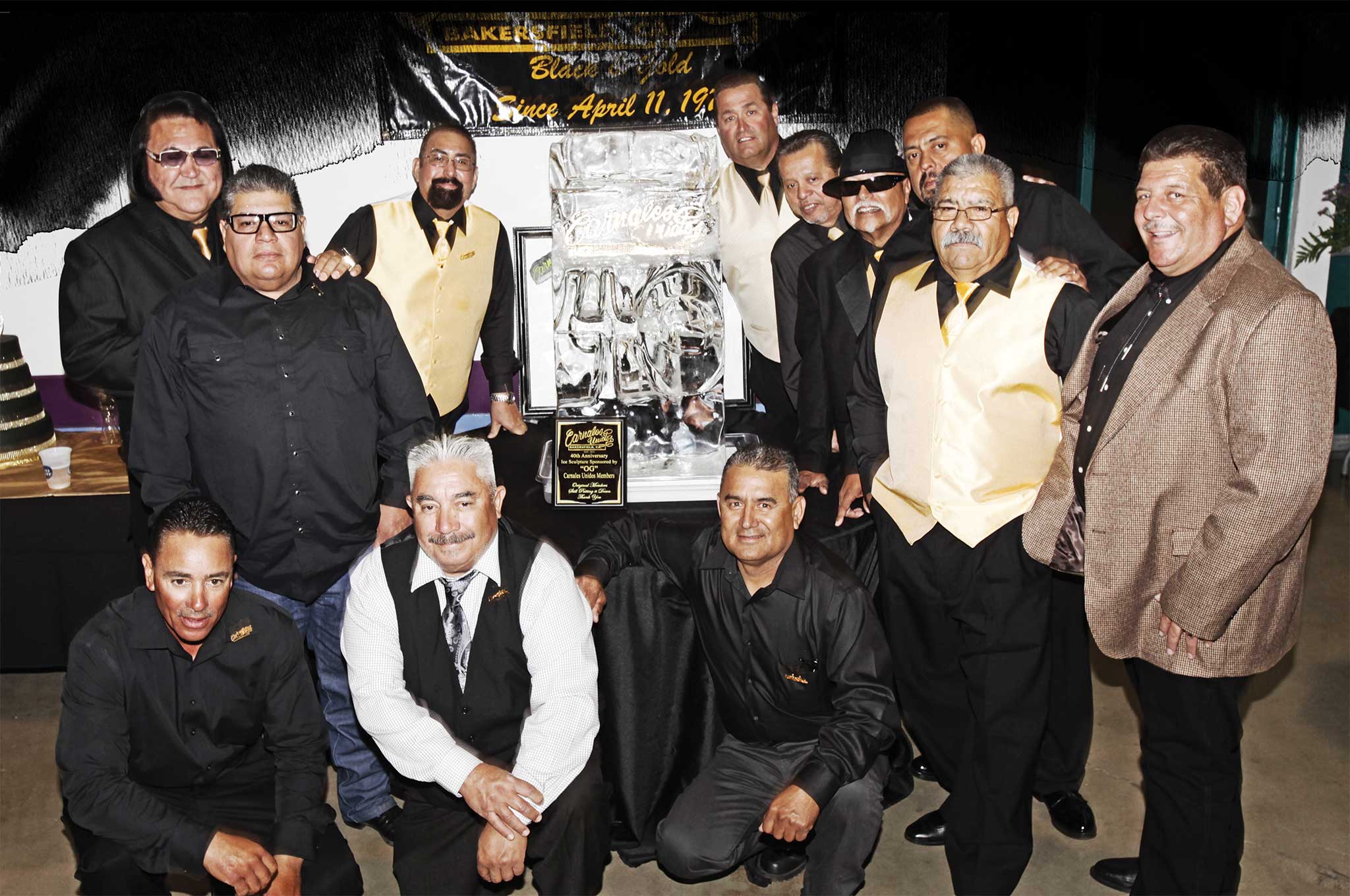 In the mid ’70s a group of young men had a vision of uniting the neighborhoods in Bakersfield, California, with cars being their main focus. It was that focus that led to Carnales Unidos C.C. being formed. We attended their 40th anniversary banquet on April 4 at the Bakersfield County Fairgrounds.

The evening started off with an opening prayer prior to dinner. Carnales Unidos then went on to recognize the clubs and individuals that have supported their many events, giving them a plaque of appreciation. Members from the ’70s to the ’90s shared stories on how they had charity basketball games at the old East High gym where they played against Bakersfield’s Police Department. All the money raised during the event was then donated to the local Boys and Girls Club.

Current club members along with lifetime members received a plaque and were acknowledged for their commitment and sacrifice. Chuy Ponce received a ring for his dedication to the club for more than 10 years. Mickey Jimenez also received a ring honoring his 20 years to the Central California area. Members then presented Harvey Reyes an award for his 40 years of loyalty to the club.

We were honored to attend the event and like one of the original members stated, “We were always trying to be the best at everything that we did. I also learned that when a group of 15 to 25 young men are committed to something, working together, and have a common purpose, you can accomplish a lot.”

When Andrew Cisneros was in highschool his cousin propositioned him for a trade: his Monte Carlo for Andrew’s Blazer. Curious Andrew took the deal and when he laid eyes on that Monte Carlo it was love at first sight.

During the West Coast Movement, lowriding was big and while some may call this the golden era of lowriding for Thomas Adams it was a time of exploration that granted him a moment of clarification

Features What’s Good In Your Hood?

In the past decade we’ve seen a surge in the use of LS engines and it’s with good reason.