Newsletter
Sign Up today for our FREE Newsletter and get the latest articles and news delivered right to your inbox.
Home » 2019 Vacaville Cruise 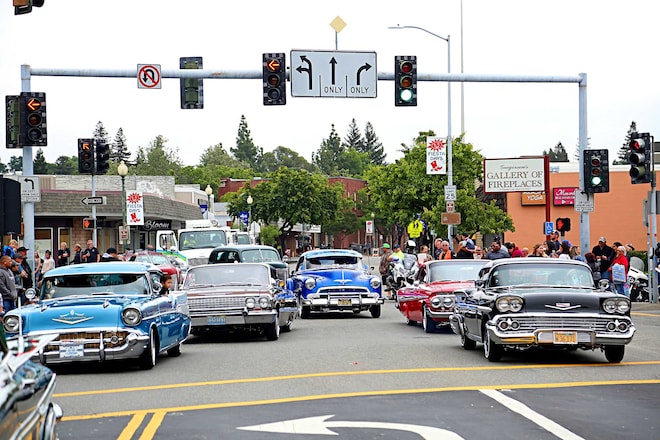 During our visit to Vacaville for the Tradicionals anniversary, we found them participating in the town’s Fiesta Days Parade. We decided to join along as they cruised through downtown where thousands of spectators lined up and down the streets. Chris Roark Jr. led the way of nearly three-dozen lowriders and motorcycles inside the three-time Lowrider of the Year known “Final Score.” Here are a few photos of that day.