Newsletter
Sign Up today for our FREE Newsletter and get the latest articles and news delivered right to your inbox.
Home » 2019 San Fernando Valley’s Oldies Car Show 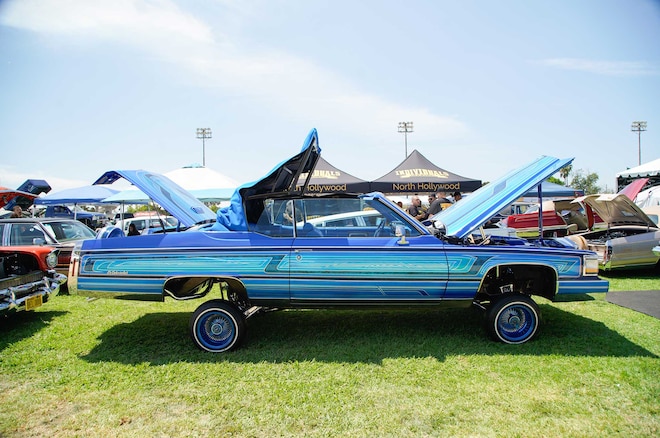 Toted as the “Valley’s Best & Biggest Car Show & Concert,” the Oldies Car Show is a must attend event. Held at San Fernando High School, proceeds from this non-profit event help the high school purchase new equipment. The Oldie’s car show offered participants a chance to compete in 75+ categories and by days end, over 200 trophies were awarded.

In addition, spectators could shop vendor booths, loose themselves in the live entertainment and bear witness to incredible performances by Mellow Man Ace and Trisha Toledo. For those looking for an adrenaline fix, Valley Life Car Club and How High Hydraulics hosted their incredible car hop with street legends like OG Hydro giving it their all.

As expected, car clubs were in heavy attendance with heavy hitters such as Individuals, Klique, Majestics, Techniques, and even Tijuana-based car club TJ Friends C.C. Other highlights of the show included a special appearance by Saint T, crazy offerings from Krazy Kutting engraving and on-site fades from Dead Endz Barbershop.

So, if you haven’t been, mark the Oldies Car Show on your calendars because this is one local So Cal show that cannot be missed! It’s for those who know and an event that carries on the legacy and love for lowriding!