Newsletter
Sign Up today for our FREE Newsletter and get the latest articles and news delivered right to your inbox.
Home » San Diego’s Barrio Logan Presents the 3rd Annual La Vuelta Summer Festival 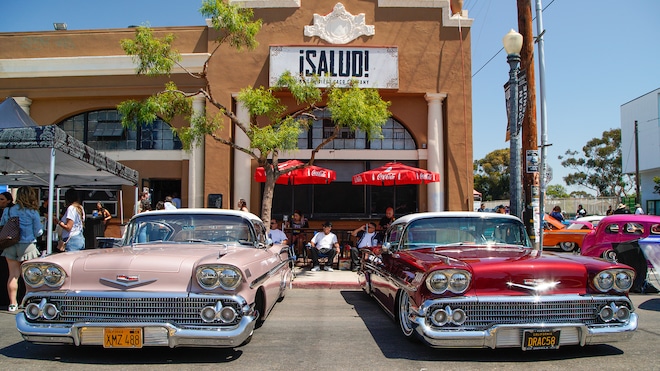 To say we’ve witnessed a cultural growth in San Diego’s burgeoning Barrio Logan would be an understatement. The community has experienced exponential growth and for the past few years, there has been a stampede of small businesses and community events which have attracted visitors from near and far. Understandably, to read about this transformation is nothing compared to experiencing it first-hand. Attending Barrio Logan’s 3rd Annual Summer Festival, it all became crystal clear as to why this event has grown so much in popularity and become a hometown classic.

Staying true to its lowrider roots, the Summer Festival showcased 300+ cars spread across three blocks. The streets were filled with attendees who were treated to a smorgasbord of lowriders, food trucks and over 80 vendor booths. Quickly becoming a cultural Mecca in San Diego, the Logan Avenue Consortium has done well to organize and execute this festival as a tribute to their historic community, while honoring their culture, art, music and tradition.