Newsletter
Sign Up today for our FREE Newsletter and get the latest articles and news delivered right to your inbox.
Home » 2019 Houston Meat Up 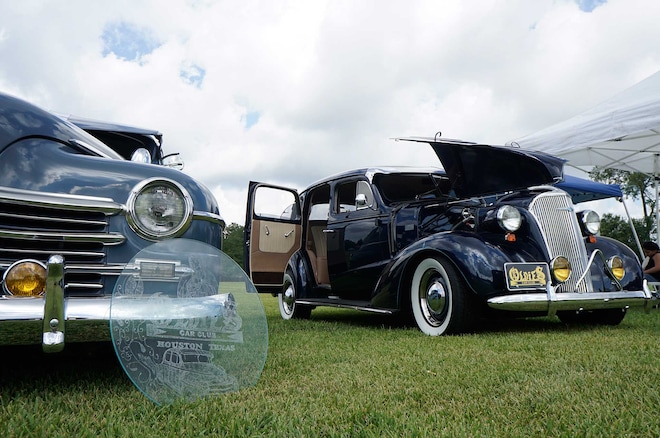 “At 100 degrees with a light layer of clouds, the humidity in H-Town is out of control, but everyone here is already set up and today, I’m forecasting plenty of grills, secret recipes, and a whole lot of Tex-Mex food,” said Joe Ray the morning of the Houston Meat up. In part of our ongoing tours, the Houston Meat Up was presented by Shorty’s Hydraulics and sponsored by Quaker State/ Shell. A staple in the Houston lowrider community, Shorty’s Hydraulics wanted to add a little more culture to the show, so in addition to the music, they also had folklorico dancers and plenty of surprises.

Throughout the day, the line at the Quaker State booth was packed as attendees waited patiently for their turn. Each guest was given an opportunity to “Spin the Wheel” for a chance to win shirts, gas cards and one of the many prizes being offered. As we walked the grounds, the smoke bellowing from each of the grills gave us ample time to appreciate the custom marinates and spices. As we met with each of the grill masters, they were given one of our Meat Up aprons. Our first grill stop was to Shorty’s, and as they cooked for a small army, we could only watch and stare at his custom-painted smoker that was mounted on a custom C10 trailer bed. They opened up the smoker for us to see the trays of asada, chicken and, of course, fajitas. From there, another great follow performance was provided by The Originals car club who cooked off on their custom grill made using the rear end of a 1959. Their grill master David was cooking up discada—a mixture of meats which usually includes beef, bacon, ham, chorizo, and sausage for taco meat. The discada seemed to be a favorite of locals.

In the end, this Houston Meat Up had a strong showing of support and served as proof that nothing can stop a Texan from a good time—not even severe humidity. As we ready ourselves for another year of events, we’d like to thank everyone who came out because even with a little drizzle, there was no matching the heat that y’all brought with you and the Tex-Mex food was off the charts.