Newsletter
Sign Up today for our FREE Newsletter and get the latest articles and news delivered right to your inbox.
Home » The 2019 Bakersfield Meat Up 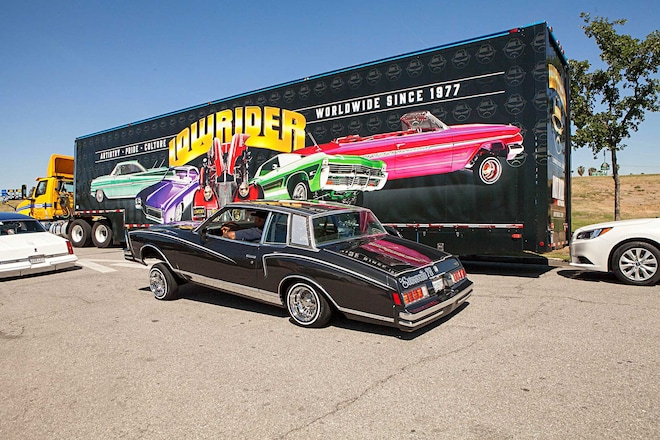 Bakersfield, California, played home to the 2nd Annual Lowrider Meat Up BBQ. Presented by Quaker State and Lowrider magazine, the lowriding community of Bakersfield and Classic Dreams Car Club kicked it into high gear as they marched an arsenal of cars, grills, cooks, and secret recipes to Beach Park. As the chrome blinded spectators and smoke billowed from the grills, the music made for a soothing experience as attendees were in steady formation waiting to get their digs at the Lowrider canopy. A stockpile of T-shirts, hats, Shell gas cards, and other prizes were the incentive, and even a line that spanned some 50 yards wasn’t enough to stop them from testing their luck.

As expected, the recipes at hand were mouthwatering. From tri-tip to brisket, chile verde to carnitas, there was a little bit of everything, including battered fish and the healthy stuff we all love to avoid, like salads, fruit … you get the idea. As each car club had their own personal chef or pit master representing them at the Meat Up series, each of them got to test their skills to see who had the best tasting ribs, pork chops, or hotlinks and by day’s end awards were handed out, with special categories for Best Recipe, Best Lowrider Pit Master, and Best BBQ—which was awarded on behalf of the Ronald McDonald House.

Also, in attendance were Abby Rodriguez, his club members, and three other Roll Models who were there to share their stories, all the while hiding their own secret recipes. It’s an event that never fails to impress and one that is driven by camaraderie and respect, not hype and paid advertising. That said, we’d like to thank all who attended, as it’s one of the best ones yet. Don’t miss out and be sure to catch us at one of our next stops, which go down in New Mexico; Redlands, California; Houston; and El Paso, Texas. These shows are only getting bigger and better, so get your recipes dialed in and your rides polished up because Quaker State and Lowrider are about to fire things up and bring the heat!