Newsletter
Sign Up today for our FREE Newsletter and get the latest articles and news delivered right to your inbox.
Home » 2018 Ventura County Show 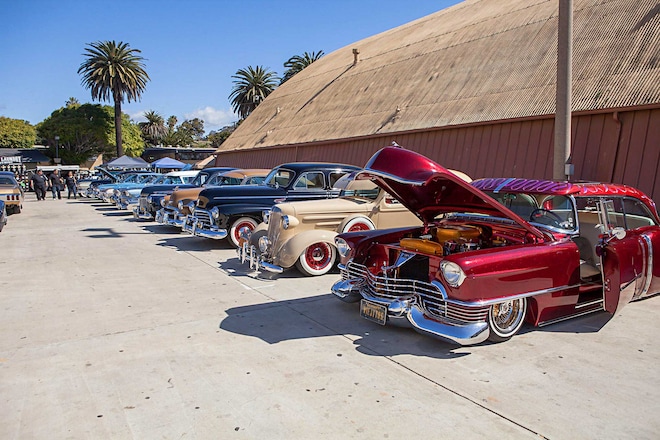 Considering the arid conditions of Southern California, rain is a welcomed guest-most of the time. The funny thing is we’re always eager to get a little bit of rain, but the rainy season also marks the kick off of the car show season. It’s a time when shows promoters start worrying and a time when cars start coming out of hibernation.

But this year we all had a reason to worry. Just two months prior to the Ventura Show, the Ventura County Fairgrounds was converted into an evacuation center due to previous rains causing quite the chaos, shutting down freeways, causing landslides, and leaving potential showgoers concerned that the Ventura Show would wind up being rained out.

To our luck, Mother Nature struck a deal and provided the perfect weather conditions to kick off the second annual Ventura Show. Put together by Sic Productions and Impalas Magazine, the show boasted a total of four buildings dedicated to cars and one reserved strictly for bicycles and pedal cars. In all, the indoor/outdoor show played home to just over 600 vehicles and a few thousand spectators.

One of the highlights of the show was The Hop, which was dedicated to the memory of J Kush. With a total of 30 participants, they put on their best efforts to crown the king. In addition, local bands and a live DJ filled the air with some classic tracks and at the end of the day judges converged to crown the Best of Show, which wound up being our July cover car owned by Rick Burrell.

The next Ventura Show is already set for March 24, 2019, so as long as Mother Nature cooperates we’ll be expecting you all there so don’t miss out.