Newsletter
Sign Up today for our FREE Newsletter and get the latest articles and news delivered right to your inbox.
Home » 2018 Uniques’ Bike and Pedal Car Super Show 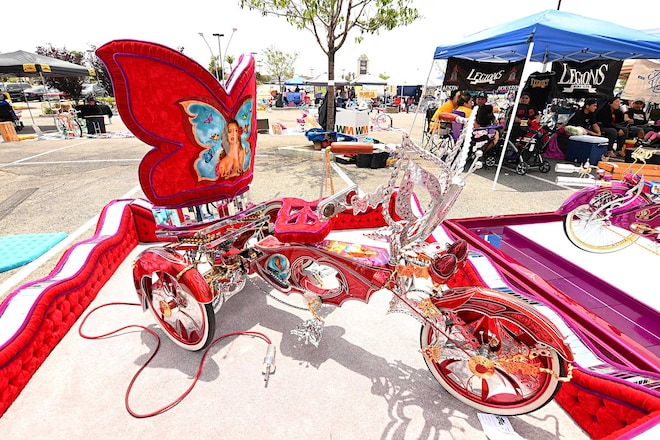 On May 19, 2018, Uniques Car Club Inland Empire hosted their 7th Annual Bike and Pedal Car Super Show. This year’s event was held for the second year in the parking lot of Hooters in Riverside, California. Gabriel Abasta (aka “Short Dog”), the event host and coordinator, said, “We do this show every year for the kids and smaller builders. We want to have an event that puts smaller builders in the spotlight.” Abasta believes that bikes, pedals, strollers, and scooters are making a bigger impact on the lowrider lifestyle.

This year’s show was one of their biggest ones yet with well over 200 entries! There were lots of spectators and many generous sponsors; Hooters of Riverside was the main sponsor as well as venue location. There were many car clubs and supporters in attendance. Clubs came from all over the U.S., some as far as Texas, New Mexico, Arizona, and Nevada. Clubs from Northern and Southern California also came out to support the Bike and Pedal Show. Awards were given out for First, Second, and Third Place in most categories and classes, including Original, Street, Mild, Semi, Full, and Radical. Over 140 awards were given out this year.

Uniques Car Club Inland Empire would like to say a special thank you to Hooters and to all the clubs, solo riders, spectators, DJs, vendors, and sponsors who supported this year’s event. “[We] hope to keep this show going for more years to come, ensuring a better and more positive lowrider lifestyle for our future.” Abasta would also like to give a special shout-out to his Uniques brothers and sisters from their Inland Empire chapter and to his daughters, Victoria and Alana, for all of their hard work and dedication to make this event a success.