Newsletter
Sign Up today for our FREE Newsletter and get the latest articles and news delivered right to your inbox.
Home » 2018 Lowrider Bike & Model Car Super Show 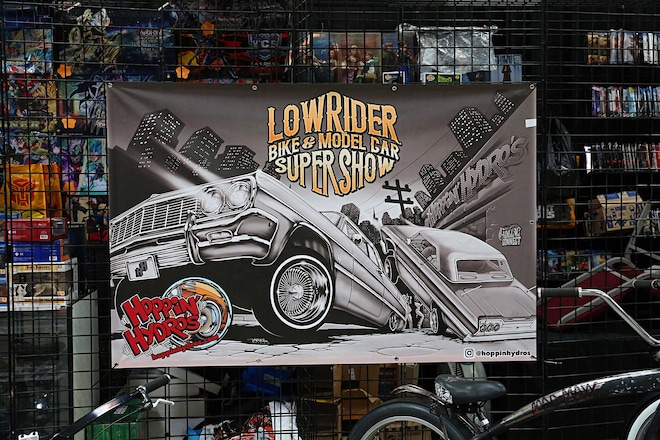 When Cadillac Mike added the Lowrider Bike & Model Super Show to his already-popular Cadillac Fest he had no idea it would grow as big as it has. It started out as a complement to Cadillac Fest but it has ballooned to epic proportions, attracting builders from all over the world as well as builds featuring the same level of work and attention to detail that you would expect from any show-winning car build.

On the bike side of the show, representatives of Finest Kreations Bike Club, Family Pride, Legions, Klique, Majestics, and others had their pedal-powered creations on display, while on the model car side, members of Down 2 Scale, Finest Kreations Model Club, So Many Wayz, Masterpieces, Jevries, and other model car builders showed off their miniature masterpieces.

The participants of the 2018 Lowrider Bike & Model Car Show would like to say thank you to Cadillac Connect, Finest Kreations, and everybody else who made the show possible.