Newsletter
Sign Up today for our FREE Newsletter and get the latest articles and news delivered right to your inbox.
Home » 2018 Las Vegas Super Show 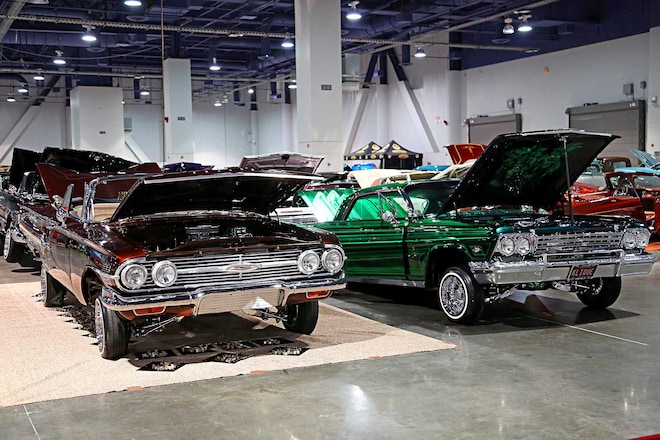 The Super Show isn’t just a show, and it’s definitely not just a date on the calendar either. The Super Show has become a destination that provides a mind-numbing, gut-wrenching experience that’s best celebrated with friends and family. It’s a ritual celebrated in many different formats, and while some party on rooftops and others hit the strip (or the strip club), I start off by hitting Fremont Street and getting wasted with friends from all across the globe.

In typical fashion that’s exactly how it went down this year, and the rest of the weekend was the most amazing blur. Yet as I struggle to remember what in the hell happened on what day, I will always remember all the faces and all the places and how this time was different.

Since 1998, the Super Show has been a mainstay in Vegas. Cashman Field was the place we called home up until they shut their doors last year. At that point we were forced to look for a new venue; while scouting for locations we even considered taking it to another city, but that was short lived simply because there’s no place like the City of Sin.

In the end we chose the Las Vegas Convention Center, and the decision to do so would not only heighten the experience but also provide an indoor venue that shielded us from the 100-plus degree heat. This brought a sigh of relief from attendees and sponsors and while we did have a bit of a hiccup during staging this year, it’s a matter that’s since been taken care of so by next year it’ll be smooth sailing.

By the time the doors opened, the usual suspects were on hand. As the crowd rolled in, some wandered off to see the cars while others packed vendor row. DGA was out showcasing his latest art and apparel, Krazy Kutting was blinding the crowd with its chrome accessories, while Hoppo’s had multiple setups on display along with countless show cars boasting their work. Of course Logos Two was busy as customers came to place and pick up orders, and for the first time ever we even had a Norteno banda performed by Inteligencia Nortena followed by mariachi, Mellow Man Ace, and Mack 10.

Just four years ago, Bobby Garza captured the Lowrider of the Year title for the first time with his 1987 Oldsmobile Cutlass (RM Series) and this year he was able to capture the title once more, except this time around with his 1957 convertible Bel Air called “Double Trouble.” In addition to the coveted award, he also captured Second Place with his Cutlass, while Jesse Saldana’s 1965 Impala Super Sport (Blvd Madness) placed Third for the Lowrider of the Year title and the coveted Lowrider Excellence award.

Moving over to Bomb of the Year, California had a clean sweep as all three title winners came from the Golden State. The Bomb of the Year title went to Bernardo Casian of the Uniques Car Club with his 1950 Chevy DeLuxe. This 1950 Chevy qualified for sweepstake at the Miami show and went under the knife shortly after and did enough to get the title. Second Place went to Frank Calderon of Oldies with his 1942 Chevy called “Captain ’42.” This 1942 broke out at the Denver show where it qualified. Third Place went to Ron Maypin of Traditionals with his 1948 Chevy.

Other highlights include Gene Bare (who has already landed six Bomb of the Year titles) who can now add Truck of the Year to his winnings with his 1992 Silverado nicknamed “The Antidote.” In Second Place was Sal Sierra’s 1936 Ford truck from Royalistics; Bobby Enz captured Third Place with his 1950 Chevy 3100 of the Uniques.

Chris Roark is no stranger from chasing titles. He has captured multiple consecutive titles for Lowrider of the Year and has also won a few titles in Traditional, Bomb, and Original. After his third LOTY title with “Final Score” he decided to focus on the Original class and was able to win the title with his 1957 Bel Air as well as capturing Second Place with his 1958 Impala. Frank Torres from USO captured Third Place with his 1955 Bel Air convertible.

When it came to the Traditional class, 1959s reigned supreme this year. Rudy Trevino landed the title of Traditional of the Year with his 1959 Impala convertible “Cloud 9” while Quinten Allen placed Second with his gold-plated ride. Many car clubs such as USO, High Class, Originals, Klique, Nokturnal, Rollerz Only, Techniques, and Goodtimes rolled up to the show really deep but at the end of the day, Uniques Car Club took home the most car members award with a total of 47 entries.

In all, the 2018 Las Vegas Super Show was better than it’s ever been before. We’d like to thank everyone who showed us patience, apologize for any inconvenience, but just know that next year is going to be smoother and even better than this year.