Newsletter
Sign Up today for our FREE Newsletter and get the latest articles and news delivered right to your inbox.
Home » 2018 King of the Streets 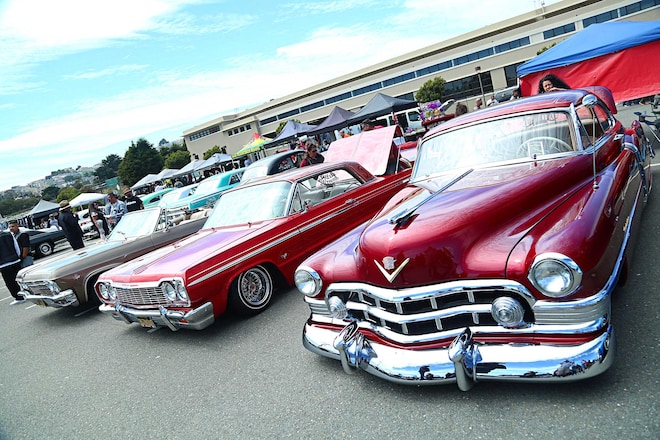 Last year’s King of the Streets proved to be so overwhelming they had to turn away close to 200 cars. This year, to resolve their growing pains, the San Francisco Lowrider Council—the minds behind King of the Streets—opted for a new, much larger location. They chose the City College of San Francisco as their new home. The larger accommodations proved to be a better choice and the venue was packed with hundreds of show cars and a hop competition that took place at the Balboa Reservoir parking lot. Packed primarily with local cars, the show boasted a good attendance, with some traveling from hours away. It’s one of the best lowrider gatherings San Francisco has to offer, so make sure to add it to your bucket list if you happen to be in or around town.