Newsletter
Sign Up today for our FREE Newsletter and get the latest articles and news delivered right to your inbox.
Home » 2016 Lincoln Park Day 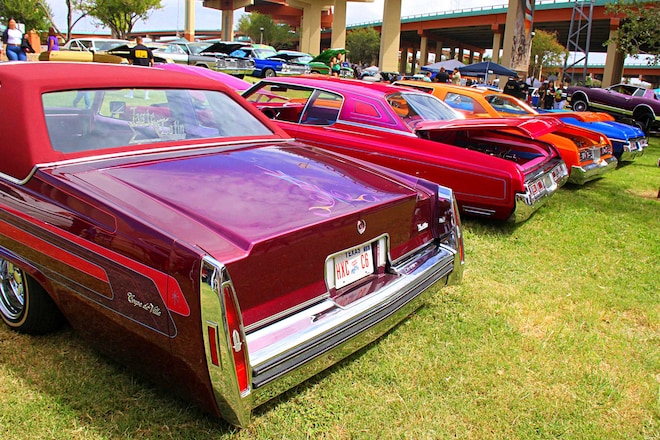 Lincoln Park Day, a celebration of our Mexican/American Chicano culture, traditions, and history, was once again held at Lincoln Park (El Paso’s Chicano Park). This year’s event was special, celebrating the 35th anniversary of the first mural “Virgen de Guadalupe” by Felipe Adame.

Chicano artist Felipe Adame is known as the founder of El Paso’s Chicano Park, and was also one of the original artists at Chicano Park in San Diego, California. His work can be seen at both parks and he is credited with making the connection between the parks and their sister organizations, the Chicano Park Steering Committee and the Lincoln Park Conservative Committee. These groups continue to work for our gente and promote positive ideas that advance the Chicano movement.

This year’s 12th annual event was the biggest one yet, with over 200 lowriders participating in the car show, hosted by Latin Pride Car Club. The event included traditional Folklorico, Azteca, and Matachines dance, along with appearances by Trampia Guzman and El Paso’s own Bobby Rosales and the Premiers. Next year’s event is already being planned and will no doubt be another great show you won’t want to miss. Special thanks to the Latin Pride Car Club and the Lincoln Park Conservation Committee for another memorable day and for keeping our beautiful cultura alive. Adelante!