Newsletter
Sign Up today for our FREE Newsletter and get the latest articles and news delivered right to your inbox.
Home » 2015 La Bulla Art Exhibition 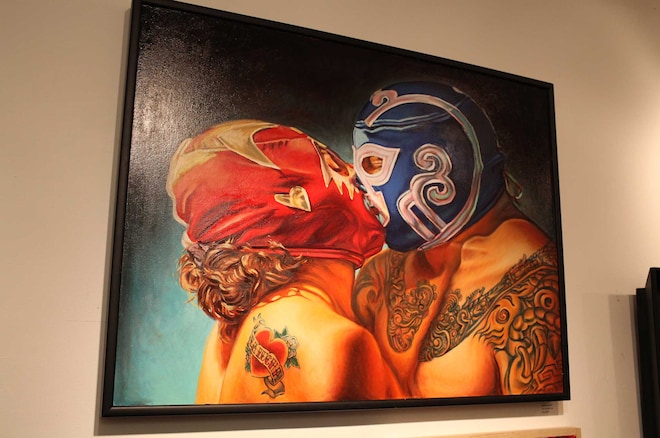 Some of those artists displaying their artwork included Chuy Quintanar, Shepard Fairey, Freddy Negrete, Francisco Franco, Johnny Quintana, Gustavo Rimada, and many more. This 21-and-over festival was jam packed with over 3,000 spectators. Not only did La Bulla support local artists, but it also teamed up with the American Diabetes Awareness organization to advocate diabetes awareness within the Hispanic community. For information on next year’s show, go to www.labulla.org and keep an eye out for more Antonio Pelayo shows that we’ll be covering.

An experience that celebrates the pop culture phenomenon of Mexican wrestling—better known as Lucha Libre.

Held every other week during summer months, the La Vuelta Cruise brings lowriders, bombs, and other custom cars together for a cruise down Logan Avenue. On the last weekend of August 2018, the La Vuelta Summer Festival brought the cruise to a whole new level.

An old-school artist who is powered by lowrider culture