Newsletter
Sign Up today for our FREE Newsletter and get the latest articles and news delivered right to your inbox.
Home » 2015 Brothers Trucks Show & Shine 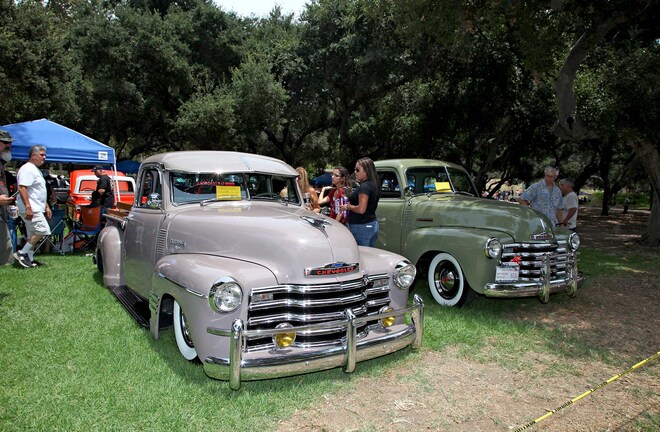 Brothers Trucks is known as America’s No. 1 source for 1947-1987 Chevrolet and GMC truck parts for classics or customs. They are also now known for hosting the biggest GMC/Chevy truck show and this year marked their 17th annual event. Held at the Canyon RV Park in Anaheim, California, it proved to be the biggest to date with over 400 trucks on display. The thing that makes this show special, is that it caters to every build type. You could find anything from lowriders, daily drivers, fully restored, full customs, and pretty much any other type of style you can think of.

Some of the trucks on display included the 2014 Best in Show, a 1967 Chevy C10 known as Tootsie. The 850-horsepower C10 was built by Eric Steinbrecher to honor his mother Lynne aka Tootsie. This year John and Marisol Schick took the Best of Show with their C10. PCH Rods broke out with a C10R and won the Brothers Choice award. Another truck that caught everyone’s attention was Danny Garcia’s 1953 Chevy Stepside from Skanless Car Club in Northern California.

We can’t wait to attend this ever-growing event next year. If you still haven’t made it out, we suggest you log onto www.brotherstrucks.com to keep an eye out for next year’s show info.